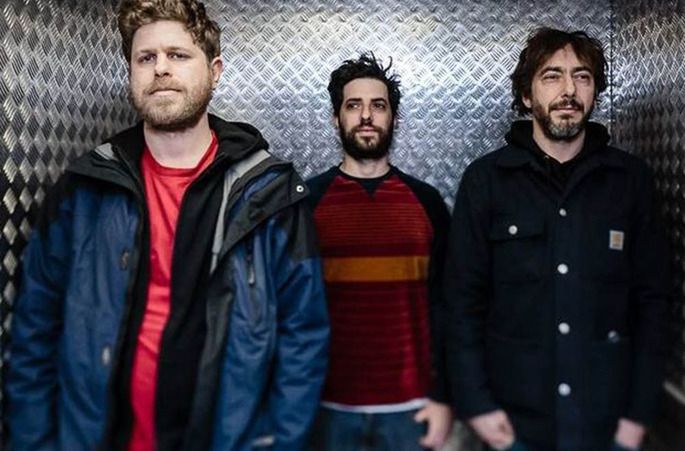 With universities preparing to welcome a new batch of faces, Getintothis’ resident non-student, Martin Guttridge-Hewitt, laments the passing of summer, lists some of the region’s best club nights, and chooses a few of the finest forthcoming dance and electronic releases. The month ahead cometh just once every year. Just like every month. But, in contrast to the other eleven, this one could mean some of the following apply:

Whichever resonates most, one thing is clear. September brings about the end of the domestic festival season, and marks the beginning of the UK’s clubbing year. From hereon in, you’ll have more events to pick from than can possibly be attended, ever, and the music release schedule suddenly goes into overdrive after 15 weeks of people saying ‘lets wait until after summer before putting this out’.

This can be either a blessing or a curse, depending on how many other responsibilities you have. Let’s not complain, though, and instead adopt a Monty Python approach. Looking on the bright side, then, here are a few of the finest parties Liverpool and Manchester have to offer us in the near future, along with some handpicked EPs and albums. Eyes to the front, please.

Events in the North West you should probably attend

Consistent would be one way to describe Zutekh‘s bookings right now, with Berlin’s eclectic spinner, Mr. Ties, making an appearance at the crew’s intimate Manchester home. Expect plenty of surprises in the soundtrack as the revered jock headlining is best known for providing them.

The Liverpool institution that is MuMu opts for an intimate (149 capacity) party at New Bird Street. The idea being a small bash with a big atmosphere, attended by those who know that Lee Rands, one of the long-serviving residents, is more than capable of controlling the decks all night long.

The last time High Hoops decided to throw a day-long soiree at Salford’s Islington Mill it’s fair to say it went off. This time round, thanks to a line up including Beste Modus boss Cinthie, Irish house lad Swoose and regular partner in crime, Cromby, it’s fair to say we’re expecting more of the same.

A by no means comprehensive run down of quality EPs

Mexico’s Vicario Musique turns four in 2015, and if this release is much to go by the celebrations seem to be going well. Up front, party house music without selling out would be one way to describe it, with Whos Your Dede sounding like Daft Punk on a tropical beach in 1999. Or something like that.

Ben Sims‘ Hardgroove takes two commanding synthy house tracks from Chambray, first released on Kompass last year, that define the term big room without contradicting the imprint’s techno remit, and add a B-side of driving, pounding yet-funky bombs from Mr. Tounisidis. On form and on point on all accounts.

HVOB never fail to deliver deep, moody, atmospheric stuff, as this year’s exceptional LP, Trialog, proved, which we ranted about at the time. The final EP from that is this, giving us another excuse to rant about how good they actually are, meanwhile the DJ Tennis and Scuba remixes are also strong. Buy. Now.

One of the heroes behind the highly respected Canadian imprint Wagon Repair returns with his first solo cuts in a decade, choosing Berlin’s Meander as a platform. Even as long-term followers we weren’t really expecting two techno-breakbeat hybrids and an ambient interlude, but that’s what he’s given us.

It’s been a while since we encountered Alex Under, but he’s still got it (and, given his label CMYK is also now a youth project, hasn’t lost his reputation for being nice). Comprising three exquisitely produced, varied techno cuts, from hook-filled roller eClay4, to the titler’s funky bass and the staccato electro edges on El Sonambulo, it’s worth owning.

Acclaimed producer, remixer and DJ Robi Insinna– AKA Headman– turns his attention to the work of Swiss singer Stephan Eicher, around three decades after the tracks were recorded, with the end product(s) being  minimal cosmic disco that we’ve had on repeat since receiving. Thanks, Headman.

Spencer Parker certainly knows how to run a label, with two quality packages coming out this month. From the pair we’d opt for these remixes of London-based producer Dan Beaumont‘s gospel-tinged anthem Spirit Talkin’, which vary from stripped percussive tech to full throttle dub techno and solid but understated house.

Albums that could be considered essential (there are more, but we’ve only got so much space)

Another sublime compilation from Late Night Tales sees classical-cum-electronic aficionado Nils Frahm take the helm, piecing together a hypnotic, smoky journey through strange antique samples, piano interludes, jazz and dub techno. Definitely up there with the finest this series has given us.

Having been mildly obsessed with Mr G back in his days on London’s sorely missed label, The End (as in the sorely missed club of the same name), it’s good to see that he’s still capable of hook-riddled, repetitive, drummy, building fare. We like, and so will you.

It’s exceptionally rare to be completely stumped when it comes to describing what an album sounds like. Calling on influences including (but by no means limited to) jazz, funk, soul, afrobeat, arabesque and Just Plain Obscure, with The Night & The City Niko Schabel‘s Radio Citizen project might have the strongest record to come from Jazzanova‘s label in years.

Kirk Degiorgio, who runs London’s Machine party alongside Ben Sims, unleashes the equivalent of a club set for your front room and the best mix album of the month. Uncompromising techno, if this is your cup of tea then we highly recommend one of those trips to Euston and back. The disc begins like this…

The final hurrah for Modeselektor‘s 50 Weapons label, Ben Damage presents a collection of music that’s warm, immersive and at the same time punchier than men who enjoy fighting. Sad as it is to see the imprint bow out, this is possibly the best way to say goodbye- urban futurism, broken yet rolling, driving and spatial are just a few terms that spring to mind. Not that we want to be oxymoronic. No streams unfortunately…

One of the best names in British electronic music- whose reputation stems back to the early-90s- delivers a real contemporary classic via his Deadstock 33s project. Littered with electro, underpinned by acid and techno, it’s a psychedelic, addictive, chugging, danceable and enormously entertaining workout.

The third full lengther from wunderkind Logan is both an experimental triumph and an example of how bizarre can work in a dancefloor context. At first listen it’s a kind of alt-dubstep adventure, but give it a couple of plays and the arrangements, beats and textures take on a (dare it be said) truly unique guise.