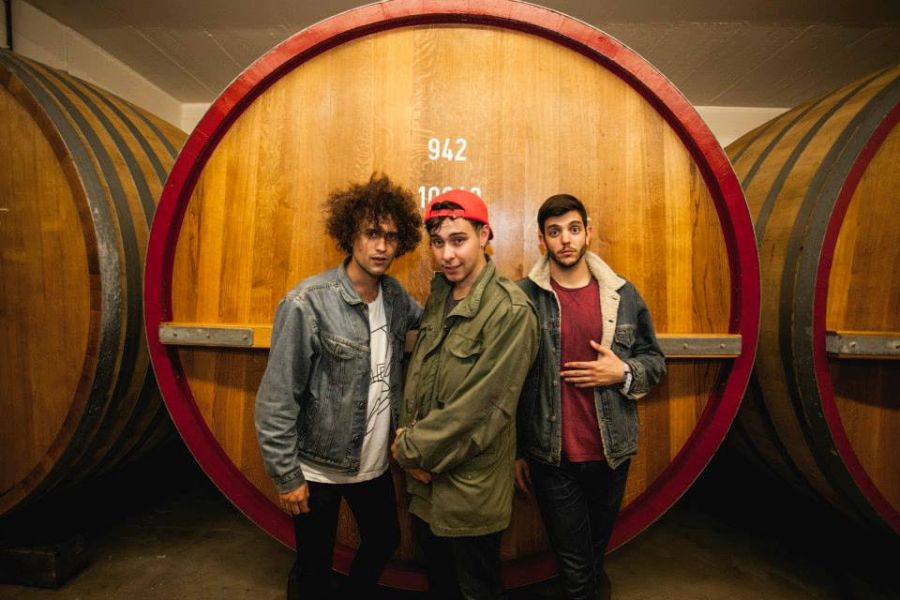 Having worked up a storm at this year’s SXSW, Getintothis’ Will Neville anticipates the colourful riot in store when The Parrots play Liverpool this October.

Spanish garage punk surf band The Parrots are coming to The Shipping Forecast in Liverpool on Wednesday October 7 as part of a thirteen-date UK tour.

They wowed fans and critics alike at a series of London dates earlier this summer, and have a sold-out six-track 10” EP behind them, Weed For The Parrots, released on Luv Luv Luv in the UK and the seminal Burger Records in the US.

Their sound recalls the best lower than hi-fi acts around, like Vic Godard & Subway Sect meets The Wave Pictures, with some Billy Childish and Tacocat also in the mix, while the EP includes a cover of garage super-group The Almighty Defenders’ All My Loving, denser and less gospel-tinged than the original.

The good time feel is tempered on songs like the bluesy but chiming I’m Not Alone, where singer Diego Garcia remembers over-indulging in drugs, adding “I get up, I get up, I get up/And go far away from you”.

A new limited 7” single is also being released by new label Shacklewell Records, linked to The Shacklewell Arms in Hackney, which witnessed a stage invasion when the band played there earlier this year.

The single consists of two early demos, including a first physical release for I Did Something Wrong, that has had over 75,000 plays on YouTube. The flip features a version of drunken singalong Somebody To Love that usually ends the band’s shows.

Tickets for The Parrots are only £5.