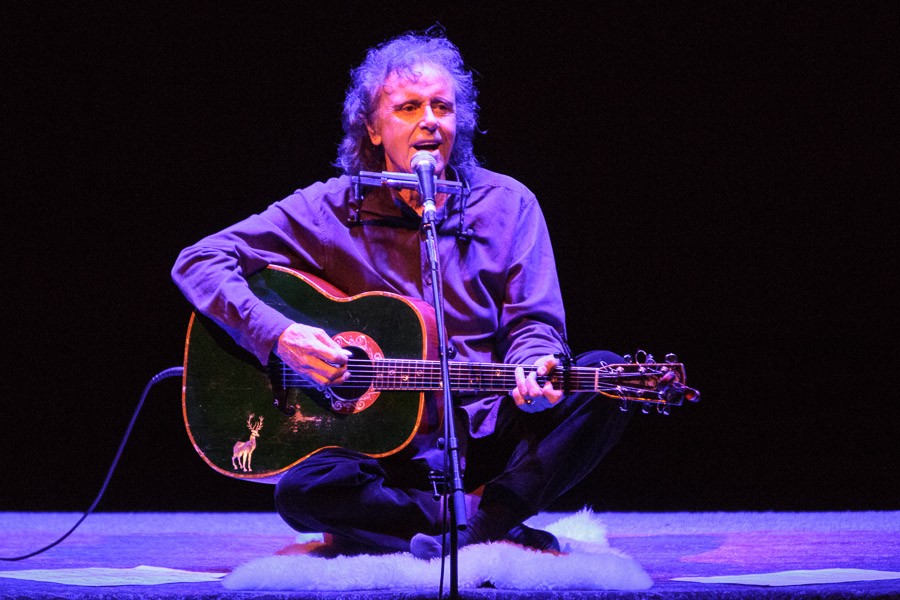 As Donovan plays a bizarre set at the Philharmonic to celebrate half a century of happy hippy hits, Getintothis’ Del Pike dusts off his kaftan, lights up a joss stick and meditates on the strangeness of it all.

Donovan’s performance tonight at the Philharmonic was a special occasion, for Donovan at least, as it was part of his 50th anniversary tour. He was clearly pleased to have included Liverpool on his schedule, it is after all the home town of his old muckers, the Beatles, and we are reminded of this throughout the night… often. Donovan is at ease, cross-legged on an enormous cushion with his guitar (Kelly – Like a woman… always has strings attached) on his knees, he launches straight into Catch The Wind.  A beautiful song that is up there with the best of his hits, his voice is a little shaky at first but warms up through the set. This is the voice of a sixty-nine year old man who has partied very hard over the years and we are reminded of this also with his tales of orgies, drug raids and hippy chicks.

Catch the wind is a great place to start, and Donovan promises the audience, a mix up fellow 69ers and youthful 21st century flower children, that a hit will never be more than one or two songs away, but this is a bit of a lie as the hits hardly flow. The gig doesn’t really flow in fairness.  While Donovan entertains with his endless charm, his choice of songs is slightly bizarre, particularly for a career retrospective, for Retrospective is the name of the tour.  Lesser known album tracks like Donna, Josie and Alamo dominate the set and bigger hits like Jennifer Juniper and Mellow Yellow are too gimmicky and obvious to act as crowd-pleasers to lifelong fans. When we consider that Donovan is responsible for such incredible songs as Season of the Witch, Atlantis, Turquoise and Wear your Love Like Heaven, it is a task to work out why he opted for the wholly immature Intergalactic Laxative from 1973’s Cosmic Wheels, with lyrics that include, “If shitting is your problem, when you’re out there in the stars, oh, the intergalactic laxative will get you from here to Mars”. Donovan does have a new single out, One English Summer, but we don’t hear it tonight.

Read our feature on Donovan’s career and legacy

The sublime Colours, the dreamy Sunny Goodge Street and the evergreen Hurdy Gurdy Man are rare treats in this set, but Donovan really does sound a lot like Matt Berry’s  Steven Toast from Toast of London with his bizarre intonations and uneven range. As the night wears on, the gaps between songs become longer as Donovan presents a history class in how we used to live – 1960s London.  It is unclear whether Donovan (or Don as he refers to himself) loved his Beatle pals or remains bitter for not enjoying the same heights of their success.  An elongated story involving Donovan and Paul McCartney at Macca’s Bayswater Road flat one sunny Sunday serves mainly to inform us that the tousle haired troubadour supplied the Sky of Blue, Sea of Green line for the fab’s Yellow Submarine. We also learn midway through Hurdy Gurdy Man that George Harrison provided an extra verse, but Donovan decided to leave it off the recording.  Ooch!

The audience appear to love Donovan which is lucky as he is not at his best to be fair.  It would have been great to have heard some of the material from his 1996 Sutras album, the wondrous Johhny Cash style collaboration with Rick Rubin, but this was not to be. The audience laugh along (mostly) to his painful puns and creaky gags, and one lady laughs continually like a banshee, even throughout Donovan’s recollection of the horrors of the Viet Nam war. This is allegedly the same woman who was threatening to urinate on the floor in the toilet queue during the break; yes Donovan attracts all manner of souls.

Perhaps the most bizarre moment tonight, and there were many, was the finale. Intergalactic Laxative is followed by Sunshine Superman which should have been the start of a medley of classics, but transpires to be the final song proper. Donovan rises from his cushion and doesn’t strictly perform Mellow Yellow but sings half-heartedly over the recorded song, piped through the room.  He asks us to consider the phrase ‘electrical banana’ as his Uncle John is convinced he is singing ‘Eat a treacle banana’.   Donovan dances and waves during his hit and repeats his mantra, ‘come and see me in the foyer and I’ll sign your vinyls‘. Possibly one of the most bizarre gig climaxes you could imagine, but after 50 years of this sort of thing, Donovan pulls it off.

Donovan remains one of the most intriguing of 1960s icons and he has led a charmed life. This flaky performance tonight was still ridiculously entertaining as it is incredibly difficult to dislike Donovan, even at his worst, and while it was nowhere near as impressive as his 1996 Sutras tour, it was still a night in with Donovan which is better than a night out with Jason Donovan. 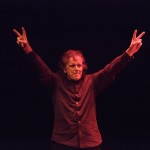 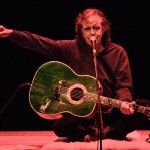 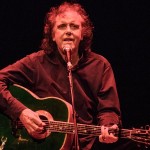 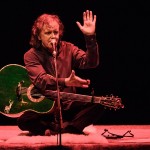 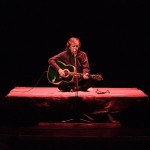 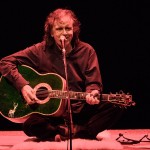 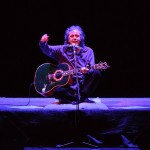 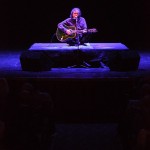 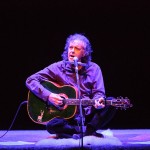 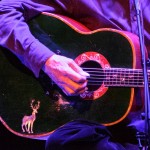 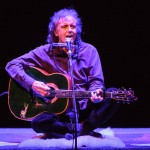