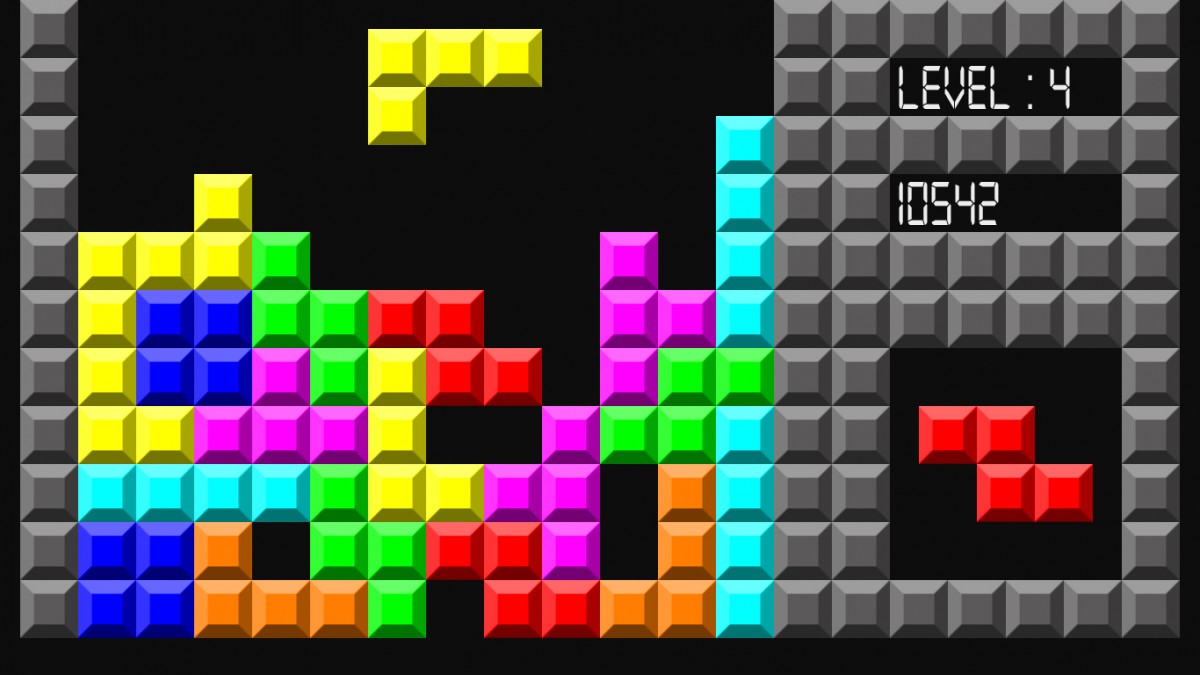 Tetris – an earworm based on a traditional Russian folksong

As video game music has become more complex and sophisticated, Getintothis’ Martin Summerfield charts its rise – and wonders if we’ve gone full circle back to the glory days of 8-bit melodies.

Music in video games used to be simple – you would get one looping track for the main game, a title jingle and a game over jingle. Some of these became well-loved earworms that are instantly recognisable, such as the themes for Pacman or Tetris, the latter of which was based on a 19th century Russian folksong called Korobeiniki. Hot Butter’s hit Popcorn was the theme to the 1982 arcade game Pengo, a simplistic maze game similar to Pacman but with a few quirks.

Bands such as Yellow Magic Orchestra, pioneers of synthesisers, drum machines and sampling, joyously channelled the sounds of the arcades with songs like Rydeen and Video Game, while at the same time being progenitors of techno and chiptune, influencing composers such as Shinji Hosoe (Ridge Racer, Tekken) and Nobuyoshi Sano (Korg DS-10).

Whatever happened to the Guitar Heroes?

Nintendo were amongst the first game developers that used different themes for different levels and scenarios, exemplified by Super Mario and Legend of Zelda. This began a trend of amazingly deep and varied soundtracks over the years on various games consoles and PCs.

In stark comparison, Sega had the grimy, street slick synthesisers of the Megadrive in games like Streets of Rage 2 and you can still hear Michael Jackson’s influence on the soundtrack to Sonic 3, for which he was heavily rumoured to have been a composer.

10 Michael Jacksons in 10 minutes at The Kazimier

In fact, in the 90s both a dance version of the Tetris theme by Dr Spin and a rap remix of Super Mario Land’s theme by Ambassadors of Funk were topping the charts. The latter can only be recommended for its hilarity, as the video was entirely filmed in Chessington World of Adventure.

This all feeds back into modern hip hop, notable examples being Sega RIP by DJ Yoda vs Scroobius Pip, which charts the downfall of Sega, professes nostalgia for Super Nintendo and name checks Games Master – all staples of gaming youth in the 90s.

The age of Playstation and the PC

As soundcards got better and sound chips got more sophisticated, games soundtracks evolved and became infinitely richer and more complex, due to the evolution of sound and audio technology. It was during the Playstation era that games soundtracks began to more closely resemble movie soundtracks with epic scores and examples of leitmotif.

Perhaps one of the best examples of this is the soundtrack to Resident Evil, a survival horror game in which you must escape from a mansion infested with zombies. This is a game that has you play Moonlight Sonata on the piano to open a secret room. When you find a pool of blood the soundtrack evokes a sense of dread and mystery, gets frantic when you’re fighting the undead and turns into a soothing melody when you’re saving your game in a safe room.

All of this lent video games more legitimacy in popular culture, leading to the Fallout games famously using out of copyright artists such as The Ink Spots and Cole Porter, and led to games such as Brutal Legend in which Jack Black plays a roadie who is transported to a fantasy world inspired by heavy metal cover art. It featured rock legendaries such as Ozzy Osborne, Lemmy, Rob Halford and Lita Ford.

Perhaps as a reaction to game soundtracks becoming more orchestral and musical, we have chiptune bands such as Anamanaguchi and artists like Chipzel who hark back to the glory days of 8 bit melodies, emulating the past to create something new by using not only the sound of synthesisers, but of Gameboys , NESs and PCs to create a unique sound that has echoes of Yellow Magic Orchestra and the sounds of video games in our dreams.