Godspeed You! Black Emperor have a long and convoluted history. Starting back in 1994 with core members Efrim Menuck, Mauro Pezzente and Mike Moya, today there are nine of them if you count Karl Lemieux, who is responsible for the projected images. They also count at least nine past members, who passed through during the development of the act in a game of musical chairs that has created quite a splendid beast.

Sometimes mentioned in the same breath as Mogwai or Explosions In The Sky, GSY!BE have built a fanatical following with minimal PR and almost zero radio play. They fill venues all over the world on the reputation of their live shows and their five albums.

With that in mind, opening act Dead Rat Orchestra may have had, it is fair to say, a more difficult and expectant audience than usual, so they did what any right-thinking musician would do; they played an organ (sometimes via judicious application of masking tape) and sang songs reminiscent of sea-shanties and battle dirges. It doesn’t seem like that should work, but it did.

When they weren’t braying in close, hair-raising harmonies, they were stomping feet, clanking bells and triangle, and generally making a lot of noise. With tongue firmly in cheek during the more frivolous parts of the performance, they were fun yet musically engrossing; mischevious and endearing.

As Dead Rat Orchestra walked off, we became aware of the bewildering array of pedals onstage; like mushrooms sprouting in the gloom. In fact, the only space not taken up by pedals was filled with amps and instruments, with the odd space for someone to stand. Was it a bit ludicrous, perhaps a slight case of overkill? The answer was no, as it happens.

For a few minutes, there was a deep, distorted, cycling drone pulsing from the empty stage, which gradually built in volume until it began to reverberate through the chest. The first instruments added to this were double bass and violin, then one by one the rest of Godspeed You! Black Emperor came on and joined with the music.

Two drummers, two bass players, guitars, synth and more quickly built up a closely orchestrated presence that lulled and peaked with incredible precision. At times achingly beautiful with trilling delayed guitars, at others growling with aggressive riffs, the wax and wane of the band was mesmeric.

It was also possibly the loudest thing to hit Liverpool since Valve Soundsystem. There comes a point when something is so loud that it is a tangible, physical presence. The buffeting of sound and air certainly blew out any cobwebs, although it was so intense that the crowd had thinned noticeably by the time the set reached its conclusion.

The spaces between songs were brief moments of respite in a barrage that became progressively more potent, to the point that it almost precluded thought – so with eyes closed, a pulse drilling through the body, there was a stillness in the eye of the storm.

The experience of seeing Godspeed You! Black Emperor is powerful, emotionally charged and not easily forgettable. If this writer could see a show like this every few weeks, he would be happy. Deaf, but happy. 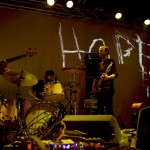 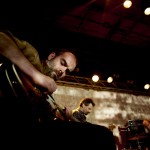 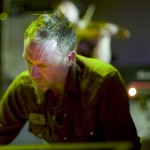 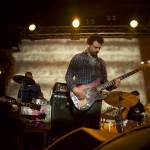 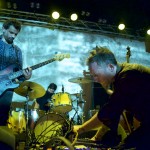 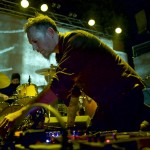 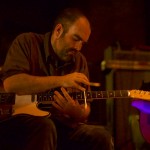 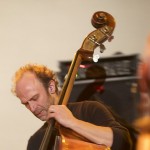 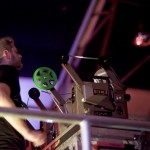 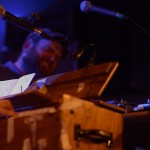 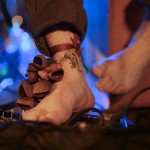 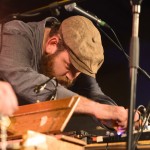 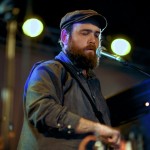 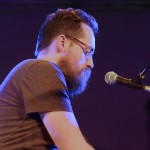 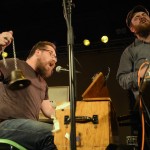 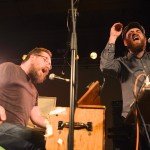 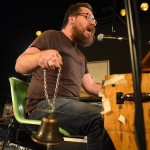 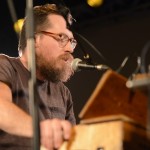 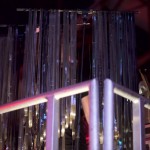 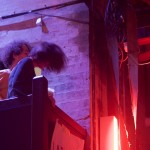 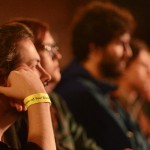 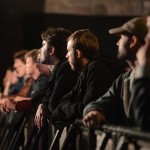 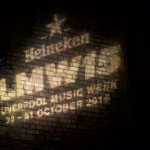