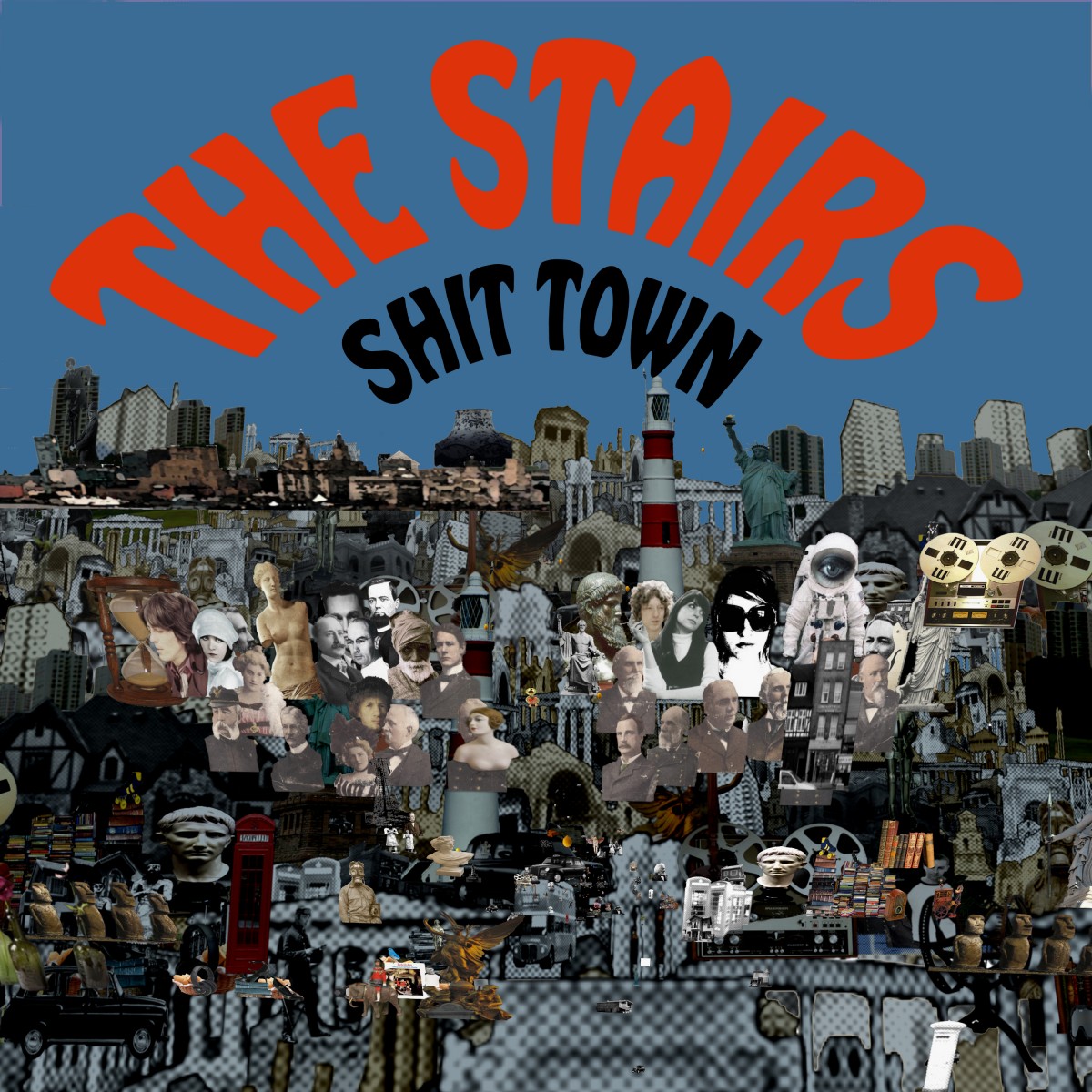 As Scouse icons The Stairs announce details of their first single in 20 years, Getintothis Craig MacDonald revels in their return and exclusively premieres the visuals for Shit Town.

Next month finds the return of cult group The Stairs who in addition to playing a date in The Kazimier, have now announced details of their first single and album in over 20 years with both being released on November 26 to coincide with the gig. Among a plethora of lost tracks that have been unearthed at frontman Edgar Jones’ parents house, is the single Shit Town which will easily gratify admirers of the group.

Fittingly, the single is being released on the cult vinyl label Eighties Vinyl Record’s to keep in line with the bands love for all things mono with a limited pressing of 250 being released. As with B side, Fall Down The Rain (Surf), I Wont Be Back Again, Shit Town will also be found on the groups new album The Great Lemonade Machine In The Sky.

Released on The Viper Label, the album is a collection of previously unreleased tracks that showcase The Stairs incomparable sound that influenced so many who have treasured them. With their headline slot at The Butterfly’s Ball & The Grasshopper’s Feast, hopefully we will hear some of this lost treasure in the flesh.

Share. Twitter Facebook Google+ Pinterest LinkedIn Tumblr Email
Previous ArticleFootsteps on the decks #10: Politics you can dance to, what people should talk about in the Co-Op and KRTS
Next Article Godspeed You! Black Emperor, Dead Rat Orchestra: Camp and Furnace, Liverpool