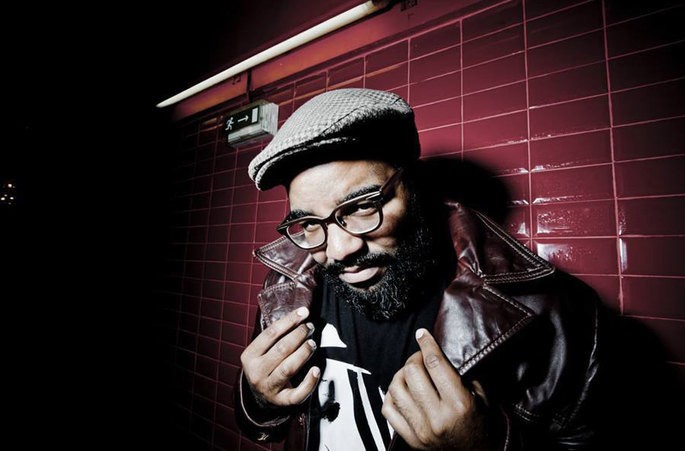 KRTS enjoys a night on the tiles

As winter descends and the nights get longer, Getintothis’ Martin Guttridge-Hewitt takes another gander at the very best in dance releases and nights that are not to be missed.

So last month’s rant got a bit heavy- apologies if tenuous links to current affairs aren’t your bag. With that in mind, welcome to a more positive opening for this edition of Footsteps.

Don’t get too excited, though; our upbeat intro is largely derived from the fact a fair amount of music that has somehow made its way to our ears (misdirected emails, obvs) has something to say. Unfortunately, genre constraints prevent a strong recommendation for the originally shelved third album from outspoken 1980s oddities Normil Hawaiians, a record that falls somewhere between the brooding atmosphere of Liars on valium, and protest alt-rock folk. Nevertheless, its anti-Thatcherite sentiments struck a chord that had to be included in some way. So there it was.

Dance and electronic music seems to have long-since forgotten its ability to be politicised. Although more a reaction to reactions to, rather than a reason for being, just because tunes don’t have a chorus, verse, chorus structure, there’s nothing to stop them speaking out. Take Asian Dub Foundation, for example, whose recent live re-working of the soundtrack to George Lucas‘ feature-length sci-fi debut, THX 1138, turned an ageing dystopian movie into a synthesised modern music video befitting an era in which conservatism, modernity and the information age seem to be threatening our own humanity. Better yet, at Manchester’s Bridgewater Hall it sounded incredible.

Meanwhile, as anyone who bothers to continue below will realise, KRTS‘ stunning long-form offering also builds a bridge in this context, alluding to police brutality in the U.S. within a release that’s fundamentally accessible and overwhelmingly enjoyably, even if you don’t give two beatings about that issue. It’s also nice to see some significant North West action on the schedule for November. Dub Phizix, a Manc stalwart to say the least, deserves the props he gets here for a FabricLive mix that straddles as many genres as the neighbours it could piss off at high volume.

Which brings us to Acre, who hails from the same city, and has done the region proud with his debut on the impressive Tectonic imprint. Signs, as if we needed them, that this corner of the UK is in rude health when it comes to innovation in both booth and studio. Enough said, on with the usual programme of recommended cuts, LPs and parties, which should, hopefully, mean the last 370 words or so weren’t a total waste of time.

The warehouse scene in the Baltic Triangle is thriving! Read about it here.

Roughly 12 months ago occasional but always-impressive hosts Project 13 invited the late, great Rashad to play Manchester. As such it makes sense to flag up the same crew hosting fellow Teklife founder and juke/footwork don DJ Spinn one year on. Expect crazy fast everything, not least beats and mixes. 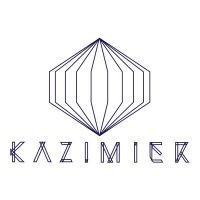 The loss of any music hall is always felt heavily by its community, but when that music hall is Liverpool’s Kazimier emotions are compounded. One of a series of goodbye bashes, Abandon Silence welcome house innovators Ame for a DJ set, producer-cum-vocalist The Drifter, along with their residents for this instalment.

Manchester’s newest regular nightspot continues its strong run of parties with a chap who may or may not be the most vital and reliable ‘proper techno’ DJ in the country. Blawan may not be new to anybody, but his rhythms are fresh enough to fool you into thinking so, whilst Bella Sarris and Eli Verveine are also noteworthy.

Halloween may have passed, but High Hoops seem to have forgotten given this terrifyingly good line up. New York’s DJ Qu steps up, as does (probably) born-in-a-warehouse Amir Alexander, French Fries and the rising Shanti Celeste, with support from heavy-leaning Manc heads Means&3rd and Kerrie. Expect dark, solid fours.

The fact Co-Op queues the region over aren’t full of people talking about this is somewhat beyond reason. Giorgio Moroder has been pushing boundaries since he first ran into a synth in the 1960s- whether its that Kylie collaboration from earlier this year or his re-scoring of Fritz Lang‘s Metropolis. This is an evening with him, so attend.

The basement of the Whiskey Jar isn’t big enough to swing a cat, and yet for their second birthday the folk behind Playground have managed to secure the ferociously talented Radioactiveman. We can’t remember the last time he played in the vicinity, as such you can probably guess our position at this particular bash; front and centre, if that wasn’t clear enough.

Local Talk unleashes a straight to the floor collection for the second in its re-edit series. Coming from stable regular Kyodai, the moment we heard the bounding electro edges that open the take on Corrado Bucci‘s It’s Not Over, and then realised it descended into a filter-disco head-nodder, we were sold. Jazz-tipped, hypnotic house that isn’t scared of vocals, for those who demand better.

Opening with a Fink collaboration that’s as downbeat as anything the vocalist has been responsible for in the past, Deadbeat‘s 10th LP wears curveballs on its sleeve. Aside from a couple of vocal numbers we’re not that keen on, from there trance-like states are induced via slightly-left-of-the-field houser Keep On Pushing (one of the best bleeped hooks we’re had our way in time), and the rolled breaks of Tired People Get Up (all suggestion, no drop, made for sets that build), to name but two joints.

Staccato would be one word to describe the majority of ‘what exactly was that’ tunes on the debut from Manchester’s Acre. A member of the Project 13 entourage, anyone who has attended one of their parties will be unsurprised that this calls upon (post)dubstep, between-genre oddities and plenty of atmosphere. At times abrasive (Dek U), in moments delightfully hook-y (Jouska), and occasionally bizarrely funky (Holding Hands), it’s all forward thinking.

If you’ve seen Dub Phizix in the mix chances are his breadth of selections will have been the lasting memory. Honoured with an edition of what remains Britain’s flagship club and mix series, the same applies, with the man like using this opportunity to showcase work from fellow Manchester folk like Chimpo, Strategy and DRS, although this is far from a locals’ love in. From drum ‘n’ bass to grimy roots, it takes no prisoners, and is all the better for it.

A la the opening spiel, Big Apple head KRTS has come up with something really quite special here. Probably not one for those who seek relentless heaviness, from the broken shuffles of It Starts Somewhere, through the spatial protest hip hop of Protect & Serve, it’s all accomplished stuff. Not least White Privilege, which sounds as though London Elektricity made Billion Dollar Gravy sans vocals, and with more UK bass influences.

Best label name ever? Depends on your opinion of piss taking. Either way, Simpson has come up with that rarity- tracks that appear simple, yet are actually complex. All acid inflected (hence titles like Untitled Acid), they warble, bounce and roll, whilst confounding with off-tempo drums patterns designed to keep dancers thinking, which is rare

The moment the first vinyl release from Fabric resident, Wiggle founder and all-round UK tech bossman Terry Francis arrived, it was always going to be featured here. From the subtleties of Interstar, to the titular number’s stripped jack, it’s all good. As are the equally solid mixes of the latter from Darren Roach and Joseph S Joyce.

After falling madly in love with SCNTST‘s album earlier this year, all bets were on for this EP being strong. Muscular would be a better definition, though, veering between the gritty, growling breakbeat techno of Acud to the smooth layers of T.H.E.L., we have five words; as if he’s only 21.

An L.A. duo who clearly have diverse influences, let’s put it like this. Half Wit is looped vocal and staccato hi hat ware-house stuff, Sheffler Stroke is a slo-mo joy with shades of classic Chicago buried in its minimal  plod, and Loved Them is a detailed techno number that makes you feel uneasily energetic.

A brand new label launches in the shape of Null + Void, which, if you didn’t know, is already a well-established blog for underground electronic musings run by Kirsti, who you can catch on the fast-rising KMAH Radio. Offering number one is unashamedly grounded in raw, old school electro stylings, as filthy as it is guaranteed to set tougher parties alight.

Two tracks and two remixes from Fabric‘s Houndstooth imprint continue on the impressive tip the label is renowned for. Intricate in the details, London duo Shift Work give us one part low-slung, sparse off-house beats filled with hypnotising vocal loops and clever drums, and another arpeggiated electro workout that’s packed with energy. Add respective remixes from DVA Damas and Factory Floor, and it’s all good.