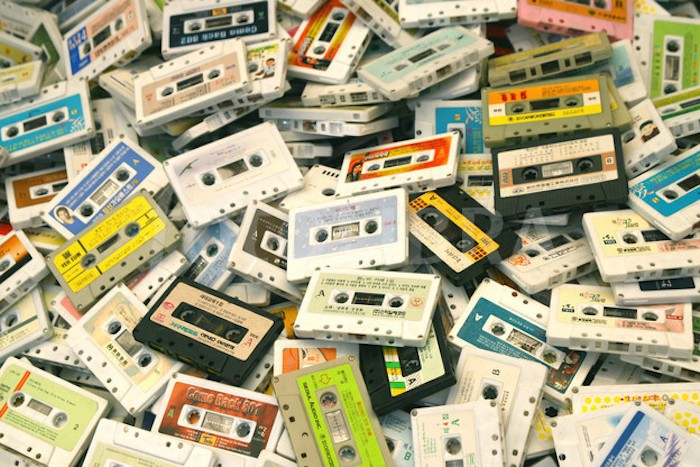 November’s Jukebox features a raft of artists playing Liverpool plus a selection of our favourite new releases – like a young Henry Winkler, Getintothis’ Phil Morris’ strikes the nickelodeon right in the sweet spot. Happy days!

Our home-grown allocation starts with the increasingly dazzling Natalie McCool. Following high-profile plaudits from the likes of Huw Stephens, new track Cardiac Arrest is a sumptuous slice of pop precision. Produced by none other than Outfit’s Dave Berger.

TVAM is audio-visual erotica. Piecing together a bricoloage of VHS and Beta-Max samples TVAM evokes the 80s chic of Genesis P-Orridge and Psychic TV. Having outgrown the walls of Wigan, TVAM has established a growing fascination across Merseyside.

Fresh from recording the long awaited follow-up to From Nowhere in Atlanta, Liverpool’s adopted golden child Dan Croll has released One of Us – an indie pop gem gently polished with psychedelic sheen. Inspired by the ballsier albums of Foals and Tame Impala, Dan continues to raise the bar with this, his latest harmony propelled release.

You may want to change your panties. MiC Lowry have captured the pure essence of authentic R&B with Restart – a rare feat for a British vocal harmony troupe. These teenage heart throbs have continued to shatter these prejudices with their pitch perfect blend and sensuous arrangements.

Chilean based composer Nicholas Jaar graces the Garage on November 14 in what promises to be a huge coup for dance music aficionados Freeze. Greg Wilson and Gilles Peterson will be backing the main event on the ones and twos.

Legendary producer Giorgio Moroder performers at East Village Arts Club on the November 14. Moroder’s writing credits read like a who’s-who of music industry royalty; Debbie Harry, Donna Summer, David Bowie and The Human League are but a few of the artists he has worked alongside. This will be a once in life time opportunity to catch the septuagenarian in action. Do not miss out.

Foals have undergone somewhat of a transformation on their new record What Went Down. Having percolated their indie-math leaning brew into something stronger, the Oxford-raised group play the Liverpool Olympia on November 6.

As per, we’ve plumped-out our playlist with some of the best new releases from the broader outspread of the musical blogosphere. This month features tracks the indubitable Darkstar and the alluring Molly Nilsson (who you may recognise as the serene sidekick on John Maus’ immaculate Hey Moon). We’ve also included an excerpt of new music from cross-genre experimenters Coil as well as an 8-minute epic from the godly Oneohtrix Point Never.

Each month we ask a featured Merseyside artist to make a guest selection. This month’s instalment comes from Natalie McCool. Natalie chose Weathered by Jack Garratt.

“Jack conveys such a beautiful sentiment in a song. It’s very bittersweet. I really like the way he produces his tracks too.”