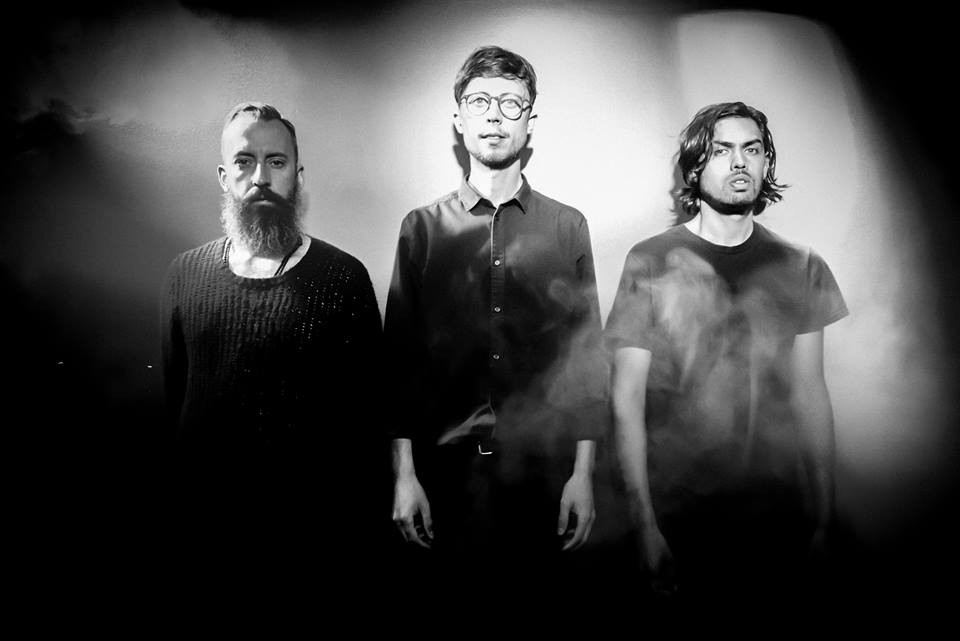 From Sicario’s film score, Budapest’s Terror Háza and Australia’s IN DISCO, Getintothis‘ Peter Guy delves into a well of new sounds which exhibit profound beauty within their droning brutality.

A recent trip to Budapest, and more specifically The Terror Háza, seemed to prompt a succession of sounds dealing in brutally oppressive rhythmic droning.

The Terror Háza, or House of Terror, is a suitably imposing museum paying homage to the millions upon millions of Hungarians who were murdered, tortured, enslaved or detained during the fascist and communist regimes in the 20th Century. The stark white stone, striking granite facade and fierce iron stenciled ‘TERROR’ lettering which runs across the rooftop of the building aligns with the subject matter contained within – an uncompromising and profoundly unsettling documentation of a country’s suffering at the hands of Nazi Germany and the Soviet Union. The House of horrors are married to that of Budapest producer and former frontman of synth-pop outfit Bonanza Banzai, Ákos Kovács. Relentless industrial clangs hammer perpetually during the first of many exhibitions; their persistent deathly drones echoing the unfolding narrative of a destructive marching army intent on massacre. In one particularly sinister piece a black veil surrounds an imposing Soviet-issue black car, one used to pick off victims during the dead of night; the light within the room fades on and off in time to the chilling score revealing a blood-red crushed velvet interior within the car – it’s akin to David Lynch‘s darkest fantasy realms – all hideously psycho-sexual, murderous and grim. The except below is one of very few online sources of the music within The Terror Háza – if anyone has any more links please share with us on Twitter.

Melbourne trio, MY DISCO, are no strangers to the intense. Like the music at The Terror Háza theirs pulses and grinds but very often relies upon the space and empty quiet to allow the tension to increase creating something both brutal and exhilarating. None more so than King Sound, the opening offering from their first album in nearly five years. King Sound is a maelstrom of tribal extreme electronica which should be filed next to the superlative Highly Deadly Black Tarantula, the new album by Getintothis‘ favourites Teeth of the Sea – a record which sees the London-based quartet move into tauter, heavier instrumental wastelands. MY DISCO‘s latest track 1991 ramps up the ferocity further with a hypnotic percussive din, grinding minimal dissonance alongside an almost unintelligible pagan mantra. Both tracks will feature on the forthcoming new album Severe out on October 30 via Temporary Residence.

On our return flight from eastern Europe, we finally caught up with the latest offering from Anna von Hausswolff. The Swedish pianist and songwriter made a significant critical breakthrough with her breathtaking 2013 album Ceremony and the opening offering from her second album, The Miraculous, sees the near 11-munute Come Wander With Me / Deliverance build even further. Almost operatic in scope, this grandiose piece of music harks back to a land time forgot – colossal Odin-like pipes sear through sludgy guitar riffs and pulverising percussion – the only constant von Hausswolff’s staggering vocal. It’s an heroic and mighty piece of music. The Miraculous is released via City Slang on November 13.

The final piece of music tenuously linking this cauldron of sonic darkness comes from a somewhat surprising source. The first time we heard Icelandic composer Jóhann Jóhannsson‘s music was on 2004’s Virðulegu forsetar – an album spread over four pieces which blended minimal melodic ambience to quite remarkably beautiful orchestration – and it was of no surprise to learn when the album was performed live for the first time it was within a church to which hundreds of helium balloons were slowly deflated as the music seeped forth. Jóhannsson’s music cannot help but evoke big, sweeping imagery – and it was fitting that following albums for 4AD and FatCat he’s gone on to produce dozens of soundtracks including The Theory of Everything.

His most recent score will perhaps lift his reputation further – and it’s perhaps his most darkest yet. Utilising ominous undulating cello and percussive slabs, his work The Beast is the winning ingredient behind one of 2015’s best feature films, Sicario. This taut thriller stars Emily Blunt, Josh Brolin and Benicio Del Toro in a Mexican drug thriller. A film rife with dramatic tension, Jóhannsson’s deft score throbs and punishes but also laces the unraveling drama with a sense of pain and profound sorrow. Of his score, Jóhannsson says: “I wanted to create music that had an underlying tension and a sense of coming from below the earth, like a throbbing pulse that resonates from underground or the pounding heartbeat of a wild beast that is charging at you.” He’s not wrong. The anxiety stays with you – long after those final credits.