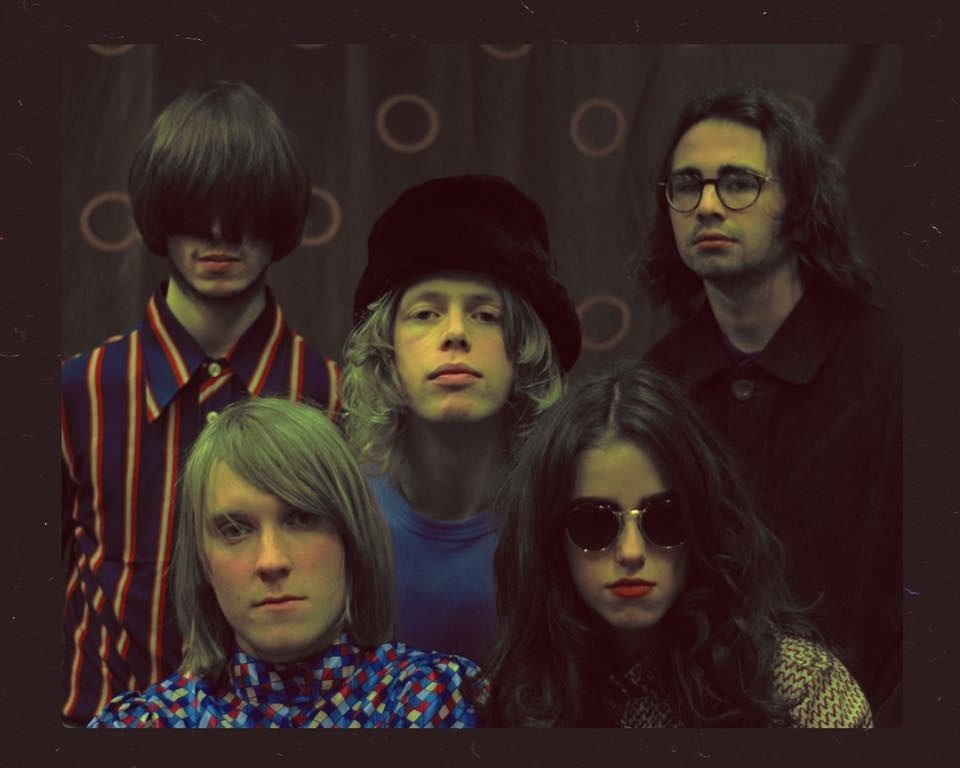 Flourishing from a hive of progressive wonderment, Liverpool’s Psycho Comedy are ready to realise their potential as Getintothis’ Craig MacDonald finds out.

Fresh faced may even be too mature a description for the existence of sinister noise makers Psycho Comedy. Formed in a bubbling melting pot of influences just over a matter of months ago, the group are ready to spread their cryptic wings and let fly into the musical night.

There is something very appealing in the creations that Psycho Comedy form within their sonic kitchen. They can bring images of the stripped back early era psych of Pink Floyd to mind yet have the gritty rawness of The Stones or The Stooges about them while making it sound extremely relevant. Having played only a handful of gigs, the Liverpool outfit have a confidence that exudes with a slight air of mystery about them.

On We Adore You, you get an idea of this hint of secrecy with a sleazy riff tracking over the haunting vocals as Psycho Comedy take you on a hunt for their dreamy dirty psych personas. The mantra like chorus really takes a grip on you as they close in on you from all angles.

While on their latest cut, I’m Numb, the five piece demons state their mischievous side as they depict tales of debauchery. With a hint of punk to the track, it’s another example of the wide range of influences that Psycho Comedy are able to pull together and use to real effect. With a gig at Maguire’s Pizza Bar next year on January 30 already in place, we can’t wait to hear what they reveal next from their bag of tricks.