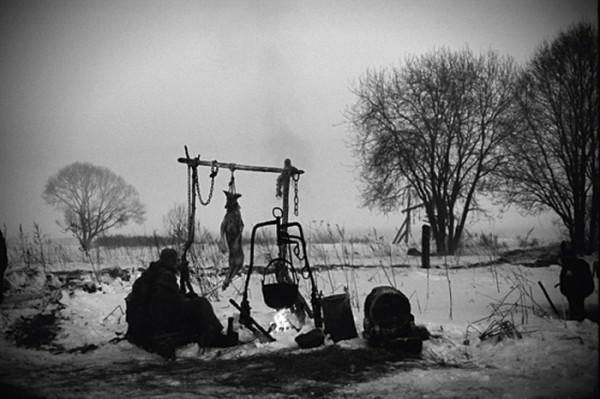 Getintothis’ Adam Scovell has spent the year sampling the best in World Cinema, here are five must-watch films from 2015.

It’s been an excellent  12 months for cinema as a whole, though keeping track of new releases is a difficult task in itself and there are many films besides the ones in this list that are most definitely worth your time.  Other World Cinema lists worth looking at for viewing inspiration include the Sight & Sound top 20 and Indiewire’s top 20 which showcase a huge variety of talent from across the globe.  All the films below are available to buy on DVD and Blu-ray though catching them on the big screen is a must if ever the chance arises.

Aleksei German‘s stunning final film mixes hard sci-fi themes with a medieval nastiness.  Based on the novel by the Strugatsky Brothers, the film is three hours of mud, blood and snow with a camera that gets lost unsettlingly within the labyrinths of a dystopian dark age.  The visuals are of the sort that recall the high end of art-house cinema from Béla Tarr to Andrei Tarkovsky only with the twist of revelling in the dirt.  Though now out on Blu-Ray, FACT are screening it on the 22nd of December.  It may be the most enjoyably squelching edition to their Christmas roster to date.

Following on from Alonso‘s 2008 film, Liverpool, Viggo Mortensen stars in a Danish speaking role as the father searching for his daughter in an unfamiliar landscape.  The period inflections are brilliant, the landscapes stunning and vast, and the sense of spiritual otherness is extremely powerful in spite of its calming presence.  The film’s unique aspect ratio also frames all of its happenings in a strangely distanced mould making the film seem almost like an artefact from a bygone era.  A meditative, cleansing experience.

A natural follow on from Oppenheimer‘s BAFTA winning/Academy nominated documentary, The Act Of Killing (2012), The Look Of Silence shows the confrontation between a man whose brother was viciously murdered in the Indonesian genocide and the perpetrators who openly took joy in recreating the killings and torture in the previous film.  If anything, the film holds a stark light up to the sheer power of American brainwashing and propaganda, to the point where the murderers would drink the blood of so-called “Communists” even if they were their neighbours.  Frighteningly relevant.

This portmanteau film is one of the few in recent years where all of its stories maintain the same consistent quality.  Following various shocking and violent problems in the Argentinean middle class (which, if the film is anything to go by, is in the middle of a huge breakdown), Wild Tales mixes ink-black humour with genuine disaster.  From road-rage and unfair parking tickets, to revenge tales at diners and weddings, it never once lets up its breathless pace.  It also boasts one of the most intense opening segments to any film this year.

The films of Roy Andersson can be an acquired taste but A Pigeon… should alight his usual strict fastidiousness and win over even the most casual of viewer.  The film is a collection of absurdist encounters largely revolving around a pair of travelling jokes salesmen who seem to fall somewhere in between reality and fantasy.  The humour is totally deadpan, as are the film’s visuals which stay absolutely rigid to allow the characters to guide the viewer’s eye.  The world it creates may be one that is grey and quietly melancholic, but it’s still surprisingly funny.