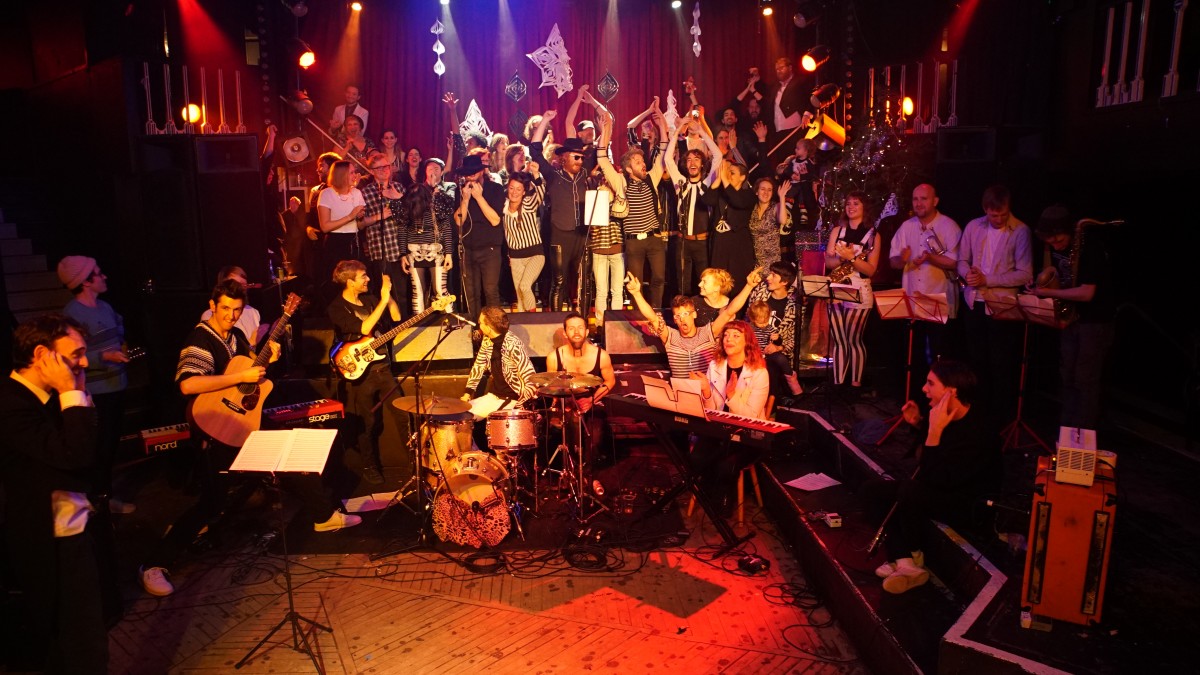 Liverpool’s creative community combine on festive song This Is The Time, Getintothis’ Peter Guy is given the first play.

It’s the end of a certain era in Liverpool and to mark the occasion a veritable bounty of creatives have joined forces on a new festive release called This Is The Time.

Project leader Laura Brownhill (co-founder of the Kazimier) recruited Liverpool-based songwriter James Canty and arranger Jon Hering (Ex-Easter Island Head/The Aleph) to form the basis of the song with a feast of musicians and Merseyside’s community enlisted to sing, play, perform or engineer the finished piece.

Among those featured on the brassy, heavily-orchestrated track are Outfit‘s Andrew Hunt, Hooton Tennis Club‘s Ryan Murphy, Barberos‘ Joel Murray, a.P.A.t.T‘s Stephen Cole, All We Are‘s Luis Santos plus dozens of others in the communal compilation.

All proceeds for the track go to the Nepal Earthbag House Appeal, set up by Liverpool musician Chris Preston – which you can donate to here.

The artwork for the track (above), which features many of Liverpool’s prominent creative arts independents – including the likes of The Kazimier, MelloMello, Getintothis and a multitude of bands – was designed by Liverpool artist Tommo.

Take a listen to the track below and watch the video below.