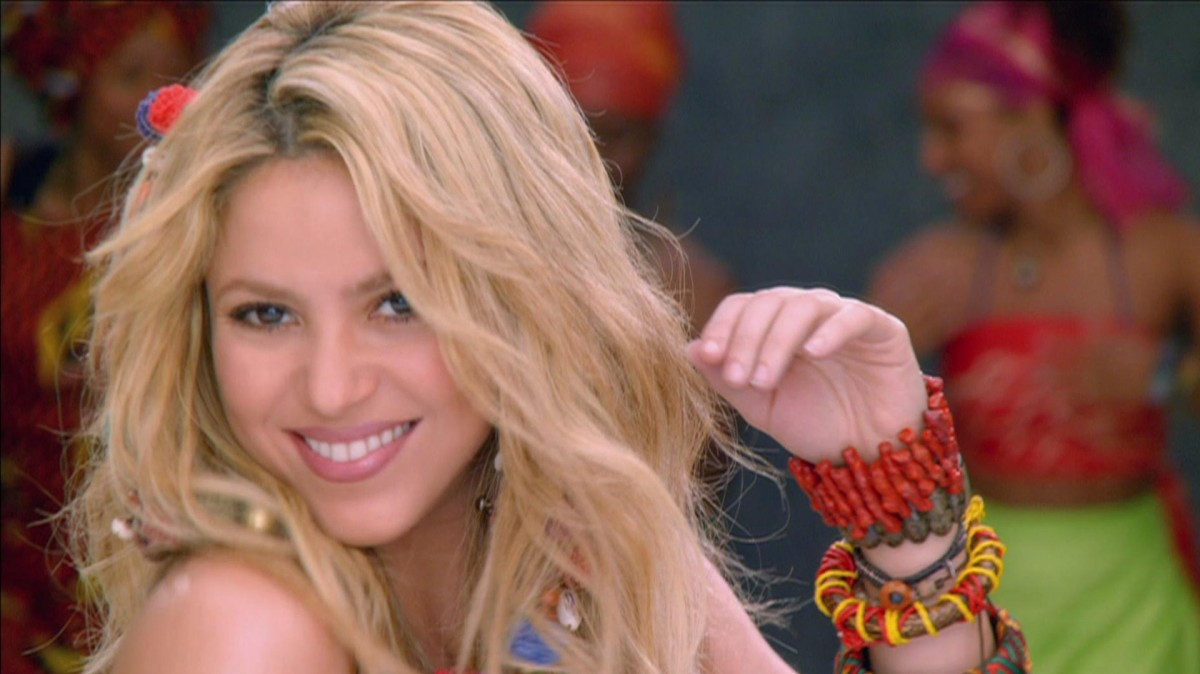 Shakira in the video for the “classic” Waka Waka

With a series of bad choices in both music and love behind her, Getintothis’ Joanna Pankhurst considers how music has played a part in her romantic life.

I lost my virginity to Waka Waka (This Time For Africa) by Shakira. It was the Official World Cup song of 2010, and although I still haven’t managed to find an awards ceremony that includes a category for Most Tragic Soundtrack to a Broken Hymen, I’m hopeful that one day I’ll receive a well-deserved nomination.

I still can’t hear the exuberant chorus without a small part of myself weeping for my stupid, senseless sixteen-year-old self.

Perhaps the most tragic part of the story is that I inadvertently chose the tune that provided the overture to my unceremonious deflowering, by burning a CD full of house party bangers for a cohort of pissed-up teenagers to drink flagons of Strongbow and get fingered to. If you’re questioning whether Waka Waka has ever been described as a “banger” before now, I can assure you that in the summer of 2010, it went down about as well as a David Guetta track in a suburban Oceana.

Admittedly, that momentous evening was far from idyllic, but at least I chose the soundtrack to that brief tryst. Whilst I took Shakira’s advice to, “pick yourself up, and dust yourself, get back in the saddle”, my future flings involved much less autonomy in my music taste.

I’m ashamed to say I’ve passively submitted to listening to some truly shit bands in an attempt to make a man love me. I was reminded of this foolish desperation to please after the Primavera Sound line-up was announced, and journalist Emma Garland tweeted:

Reading this, I couldn’t help but think, “Been there, sister“.

It all started with yellow-raincoat-wearing-drug-dealer, my least reciprocal love affair. We pseudo-dated for a sporadic summer where I compromised far more than just my music taste to hang out with a complete loser who sold class A’s out of his Renault Clio. My iPod is still littered with the evidence of a few misspent months listening to nothing but Garage and Deep House.

It’s probably a sign that your relationship isn’t going to last when the song that makes you think of your other half is Flowers by Sweet Female Attitude. The only thing more tragic the clubs nights spent chewing the insides of my mouth off was the evening I spent crying to Craig David songs after we’d called it off. It’s impossible to be reflective when you’re listening to a remix of 7 Days.

In an unceremonious flip flop from one extreme to the other, my first uni boyfriend, possessive-faux-liberal-environmentalist, made me listen to all the inoffensive bland-rock that I’d managed to avoid up until that point. We spent 18 dreary months staring into one another’s eyes whilst Bright Eyes and Death Cab for Cutie hummed in the background like an impending insipid drone strike.

I genuinely managed to convince myself that I was into these bands, and that First Day of My Life really did encapsulate how I felt about an incredibly controlling man, who lulled me into permissiveness by holding relatively liberal views about the environment and US politics. I eventually regained my autonomy and left an emotionally overbearing relationship, getting drunk off a summer of freedom and independence. I posted his Transatlanticism vinyl back to him.

Does Lenny Kravitz’s #penisgate hold a deeper, philosophical meaning? No, but it is funny.

The final straw came in form of melancholic-cricket-fan; a forlorn fella that always talked about how great things used to be and made me feel like an idiot about that one time I got Jacqui Abbott and Diahne Abbott mixed up. He tried to get me into Leonard Cohen, and although I know it borders on musical heresy to say it, I just don’t get the fuss. Leonard ranks at the bottom of my list of favourite Canadian singer-songwriters, underneath Joni Mitchell, Justin Bieber and Avril Lavigne.

The snapshot I carry with me from our brief romance is of a dreary city-break to Lisbon where no one spoke and The National played on repeat. I still hate Leonard Cohen, cricket, and him.

I spent far too many years allowing men to tell me that I just didn’t ‘get’ certain artists because I was young and female. It took a long time for me to realise that it’s fine to say that you don’t like something, whether it’s an alt-rock album or a possessive partner. I’ve long since stopped feeling guilty for not getting into certain artists to impress the lads I fancied.

While I’m sure all the bands my past boyfriends have tried to share with me meant a lot to them, they forced them on me in a manner so condescending and haughty that I deliberately dissented. Thankfully I’ve settled comfortably with a man who loves me as much when I’m talking about a new punk band, as when I’m dancing around his room to Boney M, and that’s pretty blissful.