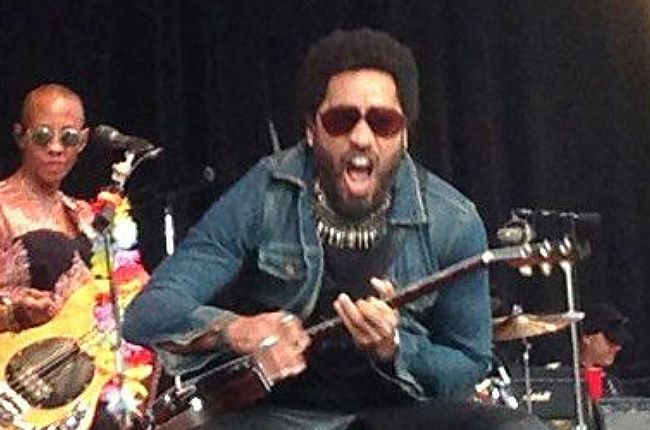 Lenny Kravitz on stage in Sweden. Don’t pan down if you’re squeamish

I remember once going to school wearing odd shoes. My Top 4 least favourite things are; mornings, cold mornings, morning people and Sammy Hagar. So, when I put my shoes on that day I was still in my early morning despot phase, too aggressively stubborn to check if I was wearing the correct shoes. Sometime between lessons I finally looked at my feet for some reason. And there they were; one was a black shoe, the other a black trainer. Nobody else seemed to notice, so thankfully I got away with it. I can’t imagine anyone would be interested enough to look at my feet.

I guess this would be the closest I’ve had to a wardrobe malfunction. I can live with that. It doesn’t quite reach the level of Janet Jackson at the Superbowl hysteria. Remember how insane America went after that? The image appeared on screen for less than a second as wise TV bosses cut away immediately, but the still images in all the papers that were angrily lamenting the sinking depths of society (that they were surely adding to themselves by having the still image on all the front pages) meant that people were ruddy offended. Especially Madonna, who was annoyed that she didn’t think of it first.

Then there was an inquiry, where all of America’s rich, white, middle aged, male leaders decided that Janet Jackson’s breast must be studied in-depth and analysed. “Show me The Breast!”, they bellowed. And The Breast they did see, and after exactly seventeen billion years and three days, they finally posted their findings and said “we must not see The Breast again, it’s far too shocking to see parts of the human body on television. To be sure this doesn’t happen in future, people will be banned from appearing on television ever again, and will instead be replaced by bagels.”

In retrospect it does seem like a natural precursor to the online #freethenipple campaign, but I did always feel for Janet in that situation. It’s got to be embarrassing to have everybody in the world staring at your nippular area. But, then again, as the old saying goes; when you’re at war with Iraq, the most important news story should be a singer’s breast accidentally being exposed. Ah, yes! The amount of internet memes I have seen bearing that old chestnut.

The whole thing was a load of bollocks.

Speaking of bollocks, as I’m sure you’re aware, Lenny Kravitz is the latest wardrobe malfunctioneer.

Playing the Gröna Lund theme park in Stockholm, Sweden, Kravitz had just started up his first number, his hit rendition of The Guess Who’s American Woman, when his favoured skin tight leather trousers (that I could totally pull off, by the way) suffered a substantial rip across the front. This became most apparent when he crouched down with his guitar and the underwear-less Kravitz inadvertently exposed himself for the whole audience to see. Just dangling out there. Holding on for dear life like Mufasa‘s death scene in The Lion King, except arguably sexier (unless you’re into cartoon lions voiced by Darth Vader).

Typical. Lenny Kravitz accidentally does it on stage and people chuckle. I wear an anorak and do it in the street and all of a sudden I’m a deviant who can’t work with kids.  Double standards.

Watching the video closely, as I have (don’t lie, you have too), it seems he is completely oblivious to it for a significant period of time. This is surprising. I’m not someone who regularly removes my disco stick from its home in public, but I have occasionally been forced to use the facilities at outdoor events, portaloos and the like. And in each of those situations, there has been, shall we say, a different atmosphere around the old chap during the period it is out of its usual resting place. I mean, it’s hard not to notice a potent gust in open air. Its like not noticing if you were sleepwalking and woke up starkers in the great outdoors. Unless you woke up in the monkey section of a Safari Park or on board an alien spacecraft, where your attire (or lack thereof) may be a side issue.

So I’m undecided as to whether he was unaware or he just didn’t care. Taken as a whole, the former is more alarming. Because there are two or three rational explanations for the latter.

Firstly, and pretty obviously, he’s in Sweden. Let’s not beat around the bush (incidentally, Lenny doesn’t appear to have one, but then the picture is blurry). If the websites I frequent are to be believed, this kind of thing is all the rage in Sweden. It’s actually one of their national pastimes. The Church of Sweden’s national saint is Bridget, the patron saint of gratuitous nudity and the most significant of Jesus’ followers is Mary Magdalene.

Yeah, stereotypes aside, the Swedish – and Europe in general, as a matter of fact – tend to be much more relaxed, open and mature about sexuality and (by extension) mere nudity than we or the US. I can’t imagine the aforementioned Jackson debacle playing out that way in mainland Europe.

Another possible reason is…well, have you seen those pictures of Lenny Kravitz in the 90s? It’s not exactly the first time we’ve seen it. It was probably due an encore anyway. And I probably wouldn’t care if I had that level of confident hotness.

Finally – and this is pretty far fetched, I will admit – but he could be instigating a #freethetodger campaign. If we argue that Janet influenced #freethenipple, then it is definitely entirely plausible. For what reason, I am yet undecided. It’s not like men in general have been sidelined by society. Usually these things like this are for testicular cancer awareness or something. And for this he should be applauded. Thank you, Lenny Kravitz, for getting your wang out for cancer research. Soon the day will come when Facebook and Twitter will be awash with men showing their wangs to encourage you to donate to cancer research. Like those no make-up selfies last year.

At least I’m happy to see that, if his one Twitter post on the matter is to be believed, he’s taking it in good humour. He tweeted this message from Aerosmith‘s Steven Tyler, along with #penisgate. 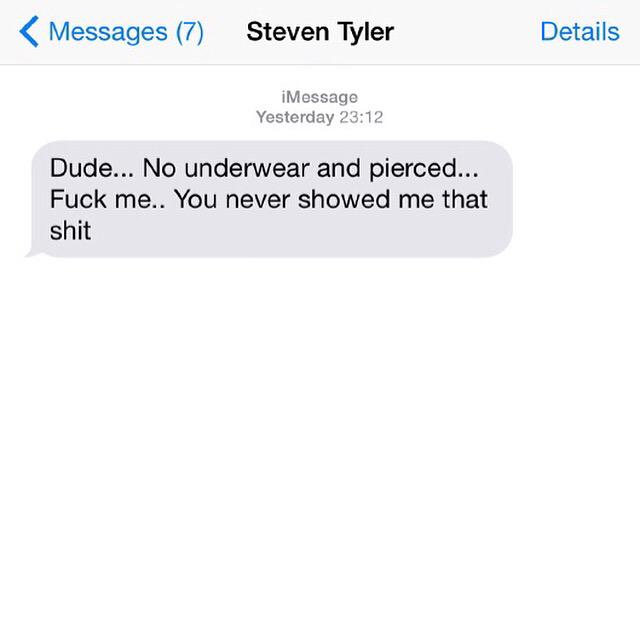 He doesn’t seem to be embarrassed. Nor should he be, to be honest. Significantly, that makes it OK to chuckle.

But when all is said and done, is there anything we can learn from all of this? Can it be analysed for posterity or cultural and historical significance? Is there a moral or life lesson that we can shoehorn in over an emotional string soundtrack, like so many episodes of Full House and Fresh Prince of Bel-Air before us? Is there anything Lenny should take away from this on his own spiritual journey?

The answer is undeniably: no. It’s just a bunch of stuff that happened.