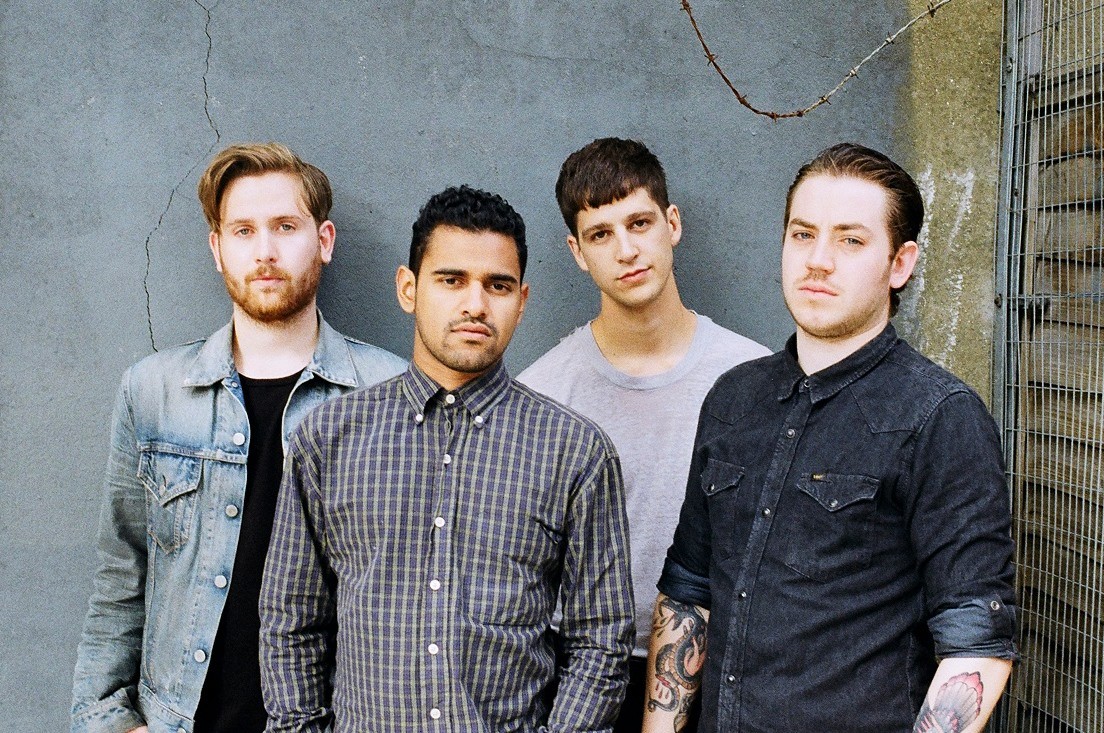 Washing machine driven conceptual art, another epic from a Danish duo and a trio of Aussies equipped with some gutsy Britpop are all unveiled by Getintothis’ Matthew Wood in a cracking week for global music.

A track that delves into the dark, baritone worlds of The Cramps and Nick Cave but is tinged with the psychedelic roars of shoegaze and a distinctly British energy spouting from the 70’s Punk vs. Mod rivalries.

Whisper is a riot of a tune, siphoning all that is as sinister as it is hectic. Skilful snare to ride drum patterns set the pace while monolithic guitar riffs create an impenetrable fortress for frontman James Cox to lay down his lyrically versatile musings.

Thoroughly deserving of our Single of the Week and you can catch them across the nation in March.

Masters of the conceptual art scene, with a career spanning three decades, Matmos are at it again with the help of a Whirlpool washing machine.

Granted, its not a get up and dance tune, if anything it’ll have you spiralling into some sort of wormhole wondering what on earth you’re watching and why is it so strangely engaging.

With an astounding use of musical textures this one seems to tickle your eardrums and really messes with your senses. As a dexterous beat scuttles beneath the whirls and twinkles, the sound of a dude pissing his pants slurps loud and clear for by far the strangest, yet perhaps most interesting track you’ll hear all month.

The debut single from London based Gylt is fresh, tight and full of promise. Recalling those sickly sweet guitar riffs of B-Town boys Peace and telling tales of mascara tarnished sweaters it’s full of youthful charm.

Vocally it can prove slightly infuriating, particularly when a British band use American accents, but many bands are guilty of such a crime, and take nothing away from the exquisite composition of this incredibly catchy number.

Clean Cut Kid – Pick Me Up

Within the walls of what looks like Al Pacino’s house in that terrible Sky advert he did, a clean cut kid armed with mops, hoovers and a walkman tackles the many chores that such a crib comes with while Clean Cut Kid inconsiderately bop about the place.

We’ll let the inconsiderate bopping slide seeing as the track is so darn good, I admit I played this seven times in a row on my first hearing.

You can revel in this one in any way you wish, whether its soak up Mike Halls’ astoundingly original vocals, do a spot of house work or just thrash your head up and down in real CCK fashion.

Catch them at Magnet on March 11 for their headline show.

Emerging from the melancholy, this one is shot through with shimmering string plucks and echoes the masterful work of Lockett Pundt of Deerhunter and Lotus Plaza fame. Humming and twanging its way to a grand finale, rumbling back into the dark, icy depths that we’ve come to know and love from Palace Winter.

It’s undoubtedly an epic first single in the run up to the release of the band’s debut album Waiting for the World to Turn out June 3, which is far too long to wait for my liking.

LIPA lads Whitecliff are bright, punchy and know how to bring it home with a humdinger of a chorus.

Heartfelt and heated with simple, yet talented flames; they may not veer too much from the beaten track but Whitecliff certainly know what they’re doing. Lets see what else they might have to offer.

I think the title of this one tells you as much as you need to know – these lads smoke weed, a lot.

They’re also brilliantly Scouse and share their passion for weed with their passion for hip hop, and as we’ve seen in the past, the two seem to go hand in hand. The lyrics may need some work because lets face it, its not like we haven’t heard the C.R.E.A.M. (Cash Rules Everything Around Me) narrative before.

Don’t give into peer pressure, but have a drag on this.

FEMME – Light Me Up

FEMME aka Laura Bettinson aka one of the most potently powerful pop forces in the industry is set to drop her debut album titled Debutante on April 15.

Her latest single Light Me Up delves deep into the heart of the jungle pulling the most infectious beats along with it, all charged with that familiar driving bass line that has become a stalwart feature of Bettinson’s rising fame and appreciation.

Hailing from across the Pacific, Aussie trio DMA’s owe pretty much every inch of their image and sound to the Britpop scene of the 90’s but they’re not letting criticism get to them, they’re getting on with it in true Britis… sorry, Aussie fashion…

While perhaps it doesn’t have the calibre of a certain Stone Roses, it could certainly be disguised as some obscure B-Side and only a few would bat an eyelid.

Noel Gallagher said he would boo them from the side of the stage when he watched the act, but how can you take anything he says seriously? Frankly I like what DMA’s are doing and place them in a similar vein as FLESH. They take the ‘do everything a band shouldn’t do’ philosophy and are getting places by doing exactly that.

Placing great emphasis on the importance of a solid percussion section, the band utilise their members well, creating a rich soundscape that is neither saturated or lacking and refuse to hold back on tambourine and cow bell.

Slick guitar strums create that George Benson Breezin’ feel while sweet vocals float on a buoyant bass line for a track typical of those who can legitimately spend their lives by the pool drinking ice cold beers.

Instantly recalling a Modest Mouse slow jam from The Moon and Antarctica and a vocal that hails back to Tom Verlaine of Televsion as well as Brian Molko (Placebo) is certainly ticking a number of boxes for many, myself included.

What begins as a plodding acoustic guitar accompanied by a simple jam escalates into a full blown, ferocious rock out tinged with spiritual, sacrificial themes and a monstrous double kick pedal joining the action for the heaviest track of the week.

It’ll blow you away, I’m certain.