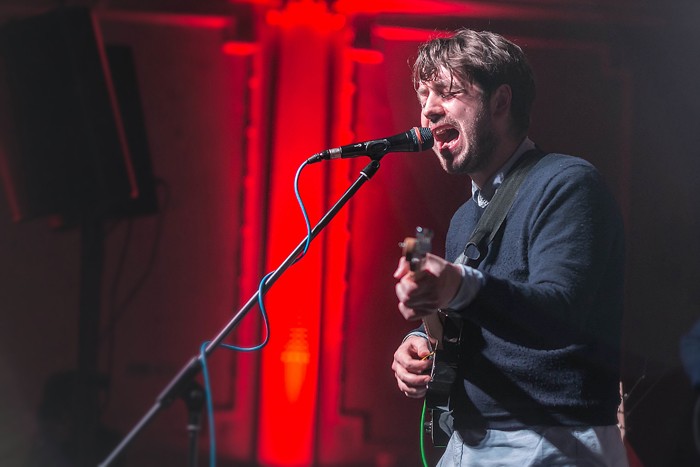 As MONEY headline a Bella Union double-header, Getintothis’ Paul Higham discovers that staying true to yourself and letting the bandwagon pass by might just be the best route to success.

MONEY are in many ways an unfashionable band. Unbowed by bandwagons and not following in-vogue trends, they stand apart from many of their contemporaries.

Psych and synth free MONEY rely on old fashioned virtues and assert their own identity. Built around sweeping orchestral suites of delightfully emotional arrangements, new album Suicide Songs is the work of a confident band sure in their artistic vision.

Bold, grand and ambitious it owes clear debts to the sweeping majesty of Echo and the Bunnymen, the bar room bluster of Shane MacGowan, the intense melancholia of The National as well as the gravelly jazz-rock of Tom Waits.

Read our reflection on 30 years of Tom Waits’ Rain Dogs

For all MONEY’s distinctive and singular qualities, it remained to be seen if they could overcome their influences. Would it descend into the cloyingly overblown? Could it all go a bit Elbow? Without the arrogant swagger of an Ian McCulloch it could very easily veer into Chris Martin territory.

Fears proved unfounded. Immediately it was obvious that there was something captivating about them. This was clear from the moment singer Jamie Lee wandered on stage, alone, to open the set with a mournful acoustic number. Rather than plod and be paralysed by an over-earnestness, it was characterised by a lightness of touch, juxtaposing the seriousness with charm and humanity.

Pardon the pun, but you can’t help but buy into MONEY. There’s an uncomfortable honesty; you believe the stories, feel the pain and the angst that runs through the music and the lyrics. This isn’t bland formulaic fare. It is real and raw, its emotion entirely without affectation.

That said, things felt in danger of falling flat when he was joined by the bandmates. With Lee on acoustic guitar and backed by piano, cello and fiddle, it all felt a bit safe and a bit risk-free. Too middle class. All very pipe and slippers. The obvious traps being stumbled into, warning signs being disregarded.

I’ll Be The Night was the early standout as the band latched onto it creating textured layers that rippled in increasing intensity. As if a catalyst, they ratcheted it up a further, echoing the eerie minimalism of The National while Lee howled viscerally above the repetitively building onslaughts. The near suffocating atmospheres emphasised the darkness and the demons within the songs, pushing them into places they are rarely able to go on record.

After bringing the set to a close with the bittersweet poignancy of A Cocaine Christmas and an Alcoholic New Year as Lee adopted a throaty rasp to maximum effect, it is difficult to escape the conclusion that MONEY are a band on the verge of something special.

An everyman band with a relaxed and easy demeanour and handy line in between-song patter their undeniable skill is their to elevate the ordinary in a restrained style. There’s little showmanship and few extravagant flamboyances.

It is almost as if they could be us. We could be them. Except we couldn’t. MONEY make the difficult appear easy and complex arrangements feel natural, all without being stupefyingly dull or exaggeratedly overblown. If it really is this easy, why can so few pull it off so with such nonchalant ease.

Bella Union label mates Bernard + Edith opened the night. While not possessing MONEY’s unfashionable bent, it is fair to say that the duo create something that is just as distinctive and equally arresting. To refer to them as a synth-pop duo is to significantly downplay their abilities and their willingness to experiment and push boundaries.

In an increasingly saturated field, Bernard + Edith have found a way to sit apart from their contemporaries. Their sound is built around the duality Greta Carroll’s powerful, almost uhinged, vocal range and Nick Delap’s looped synth and big beat arrangements.

At its core there is a delicate harmony between subtle ambient synths gentle vocals. So far so good. But that’s where it ends. Much of the show is fiercely avant garde; a swirl of competing vocals, big beats and strange electronica. There’s a religious feel going on, a buddhist ritualism to the vocals that threaten to unsettle more than soothe.

If we’re being critical there’s sometimes too much going on as the songs present a dizzying cacophony of noise that threatens to overwhelm. Yet we’ll forgive them. Much like MONEY, their willingness to be different, to swim against the tide and be true to their own art will surely stand them in good stead. 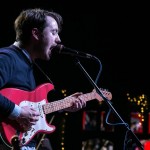 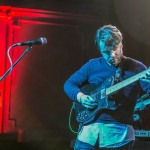 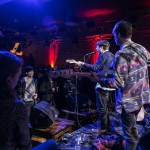 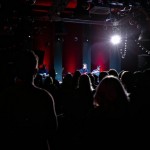 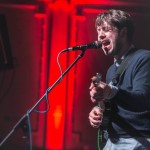 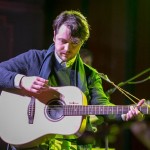 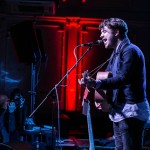 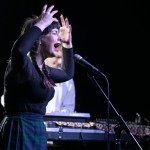 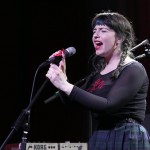 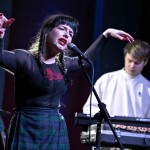