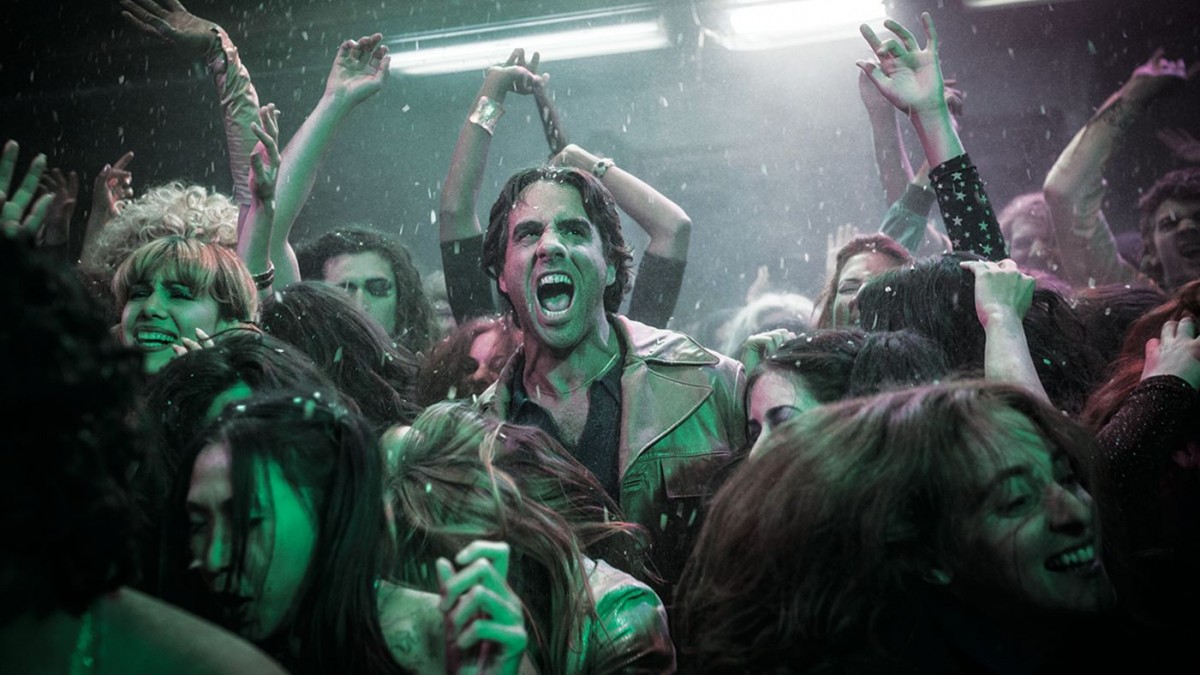 The year is 1973. It’s New York City. And the cocaine flows as freely as the whisky.

But therein lies the pilot episode’s big problem: the excess. It’s fast, furiously decadent but as incongruous and as fleeting as the musical styles we encounter. In the space of the first half an hour we’re racing from glam punk to soul-funk back to prog-rock and soul-jazz. It’s dizzying yet too much as we career between innumerable inconsequential scenarios and characters connecting the whole cauldron of carnage. It’s not fast-paced just gratuitously sloppy. Any hint of a story line is foresaken for another gram of blow.

And for a programme so entrenched in the music – it’s central subject is largely handled badly wafting of cliche, cabaret and bad vibes.

You’ve private jetting naff industry saps indulging in (more) cocaine and groupie threesomes; you’ve Brooklyn garages with heroin-toting punks so dire they induce a riot in which the record label’s A&R is (of course) inspired to sign them. Oh, and then there’s the big boss man. Surrounded by a room full of writhing naked women, he’s as gratuitous as his sideburns and pig-like belly; as liberal with his language as he is with the drugs. Back in his home he’s allowed an extended coke-fuelled soliloquy before unloading a shotgun into his TV. It’s Boogie Nights scripted by Beavis and Butthead soundtracked by The Edgar Winter Group.

Worst of all are two clenched-anus-inducing scenes involving Led Zeppelin‘s Robert Plant (honestly, you have no idea just how bad this portrayal is) and a C-word strewn manager Peter Grant which is so ludicrously woeful you’re almost willing a burning Hindenburg to crash through your television set.

But this is a Scorsese production. So there are positives.

This doesn’t feel like a television series. Much like Don Draper’s Mad Men, you can almost smell the production costs. The cinematography is at times incredible. The costumes are exquisite – from the Palazzo pants, beige and orange geometric-patterned suits and fat collared sportswear.

Perhaps the most fully realised character is Juno Temple‘s drug-couriering, next-big-thing-discovering assistant A&R rep, Julie Vine. Imbued with a sense of understatement, dry wit and casual disregard for the chaos around her she’s essentially the only character free from cliche, instead exhibiting a realism amid a whirlpool of comic book bluster. In another Mad Men parallel, much like Elisabeth Moss‘s Peggy Olsen, she’s one of few characters you can actually root for. Despite shagging some junkie who likes ‘fucking, fighting, nothing..’ she’s one of few characters who goes against this empty music rhetoric. She’s essentially the solitary anti-machismo entity in Vinyl.

The only other character worth investing serious time in is Ato Essandoh‘s rising soul star Lester Grimes who’s shafted by Cannavale when he signs his record deal over to The Mob.

It’s the scenes involving Grimes were Scorsese’s finesse at marrying music with film truly shines; the kaleidoscopic spotlight rays of light bounce across his Fender Telecaster as pinches of stage dust circle around the musicians; every trail of vocal spittle captured beautiful and raw. Similarly, a scene borrowing Rare Earth‘s I Just Wanna Celebrate jungle boogie is aligned to a brutal street scene which oozes menace and funk.

But sadly, too much of this epic pilot was caught up in the most tired of rock & roll cliches. Condensed into a package which had a discernible story line you could almost forgive the inanity. But spread out over two unwieldy hours this was bloated and tiresome. Like a cocaine-addled conceptual double LP, Vinyl‘s debut release contained a whole load of bluster but very little substance.