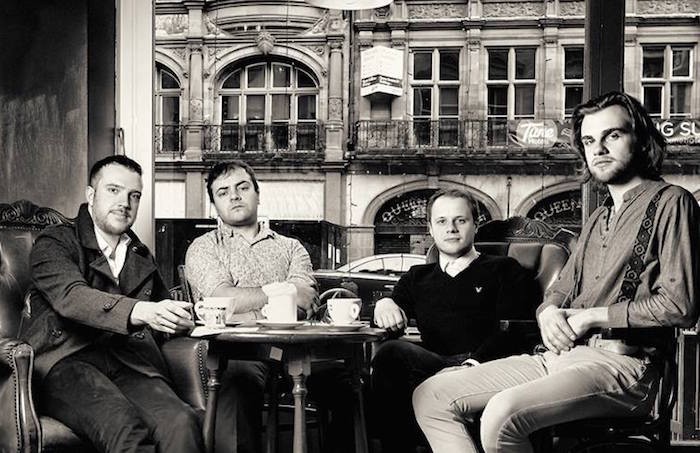 Ahead of shows at Smithdown Festival and LIMF, Getintothis’ Amaan Khan discovers the blues rock sounds of Wild Rossa and the ’88.

We have a set of artists who want to be just like everybody else, and then there are those who are so desperately trying to be different that it takes them some time to find their own sound. Then we have rarities like Wild Rossa and the ’88, a band that know exactly what it wants to sound like.

There is a good chance you have seen or heard of these Liverpool-based lads already, or else would have heard of them soon enough. Though relatively fresh, they have kept themselves busy these past few months with gigs at popular venues in town including Studio 2, Magnet and Leaf, alongside other rising artists such as Indigo Moon and Alias Kid, while also switching to performing in London from time to time. Soon, this ever-growing list will include the Smithdown Festival, LIMF, launch parties for online publications and what not.

The band has two sides. One side is a straightforward Bruce Springsteen and Dave Matthews Band style rock. The other is a more laidback bluesy sound successfully achieved thanks to Luke Papini’s as big as Joe Cocker voice and Chris Mitchell’s genuinely jazzy guitar chops. You can flip this musical coin that is Wild Rossa and the ’88 and it doesn’t matter which side comes up; it is a win-win situation either way.

Ahead of the release of their self-titled debut EP, which is due to be released on March 25, the band has released the single Feel It which is sometimes adorably known as Bold Street Strut because of the accompanying music video which shows the band, obviously, strutting down Bold street.

The others members of the group are bassist Jamie Gosling, drummer Nico and saxophonist Luke Ledger, all of whom are recognisable faces to the regulars of the Liverpool music scene. A lot of artists appear and disappear in the vibrant music scene of the city but only some manage to grow into recognisable musical forces. If we were to place our bets, we’d say Wild Rossa and the ’88 would not just stick around, but stick around for good.