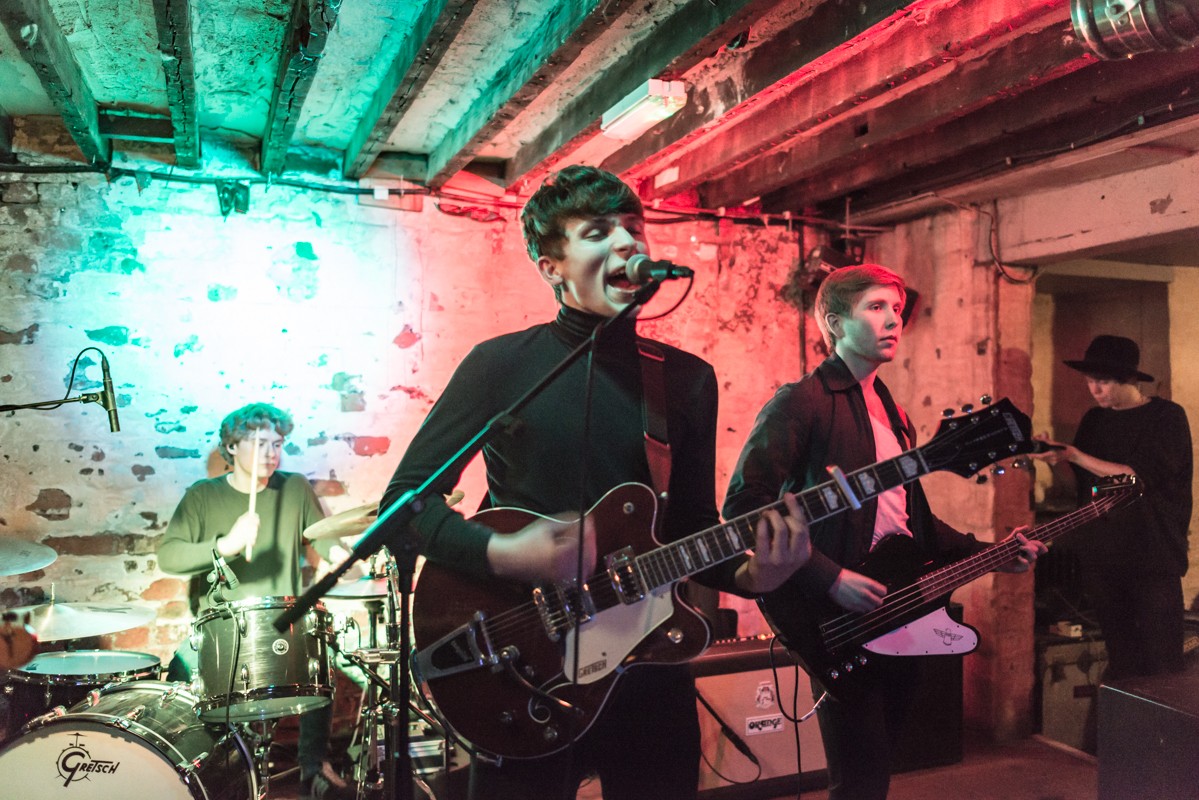 Fronteers at The Shipping Forecast

“If a tree falls in a forest and no one is around to hear it, does it make a sound?” is a well-worn philosophical thought experiment that questions observation and the knowledge of reality. It’s also a question that might have been applied equally as well to the Fronteers gig at The Shipping Forecast.

Despite topping a bill that contained three support acts, the Fronteers show was, to say the least, sparsely attended. It’s thankfully not very often that an audience struggles to get into double figures for a show, but it did on this Thursday evening in late January.

This was a real shame for the hotly-tipped, NME-featured, Radio 1 and Radio 6 four piece from over the Pennines. They must have dragged themselves the 150 miles or so from Hull to play Liverpool on a rain-lashed evening in anticipation of a great night and ended up bashing their tunes out to what were, at most, eleven people. Just to make sure we knew what the audience totalled the band stopped to count at the end of their first song. This was actually as good as it got because only two songs in three people had seen enough and drifted off.

Drifted off to where, well goodness only knows, but they missed out on what actually turned out to be a decent show for the eight of us that remained. If they ever do manage to break it big then at least the eight of us can say that we were at that Fronteers gig.

To their credit, and not being the sort to throw the towel in at the first hint of disappointment, they gamely stuck to their guns and treated us to a full set. It was possibly one of the oddest gigs ever; four band members on stage, giving it loads and throwing shapes as if they were headling Glastonbury while the eight of us stood around in embarrassed little clumps feeling sorry for them.

They have some well-crafted tunes with a sort of Arctic Monkeys/Oasis swagger about them, although slightly more on the tender side it must be said, but that’s not wholly a bad thing. Of particular note was Firefly, replete with Duane Eddy-ish twangy guitar notes and sub-Beach Boys harmonising and a rocking tune entitled My Imagination. It was easy to picture this latter song going down especially well in a place that was packed to the rafters, but although the eight of us whooped and cheered quite enthusiastically, sadly the impression we gave seemed to be more ironic than heartfelt.

They finished their set by telling us that “we were their most favourite eight people in the world” which, at that moment, I suppose we were. Their last song, I’ll Wait Till the Morning to Make Amends, was like the rest of the set, rather good.

Overall, it was a touch dispiriting to have so few people watching them and even if things don’t work out for them in the end, there’ll always be a special place in this writer’s heart for Fronteers, if only because they behaved like true professionals that night and played to the final whistle.

Maybe the audience was so small in number because the three support acts were all homegrown bands and therefore had much more of a following.

Certainly, there were a hundred or so folk crammed in for Pyscho Comedy, Indigo Moon and The Protagonists who opened for Fronteers. The problem being ninety or so of them disappeared into the Liverpool night as soon as The Protagonists finished their set.

Kicking the night off were Pyscho Comedy who were by far the most interesting and innovative act of the evening. There is something about them that shows true promise and an edge that was not present with the other bands. Touches of 60’s Nuggets punk, Beefheartian licks and intricate lead guitar work that has echoes of very early Fall or Tom Verlaine demonstrates a very real intelligence and a band that are well worth keeping tabs on. It’ll be interesting to see and hear what they come up with next.

Indigo Moon’s sub-Led Zeppelin and gothy/psyche posturing were well liked by the audience yet most of their songs seemed either half-finished or half-started. It was difficult to tell. There was a bit of an unholy mix of styles; sometimes veering into unabashed metal stylings and then swerving off at random into something a bit Savages-lite.

Maybe they need to decide exactly what they want to do, rather than throwing the kitchen sink at their tunes and hoping that the whole thing will hang together and work out for the best in the end. That doesn’t always work. However, if you do happen to catch them, keep an eye out for the drummer. Truly excellent and a driving force to be reckoned with.

The Protagonists cheery lad-rock, vaudevillian guitar-by-numbers, 40 minute set also went down well if you like that sort of thing. In contrast to the unexpected twists and turns that Pyscho Comedy had shown us earlier however, it was all a bit too obvious.

They left the stage to a lot of applause so someone must like them. Unfortunately, most of those showing their appreciation were the ones who promptly left before the main event had started.

The night did belong in the end to Fronteers and the hardy handful of us who stuck around.

A gig to be remembered, if not for all the usual reasons.  That’s entertainment. 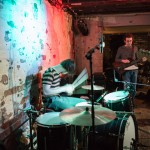 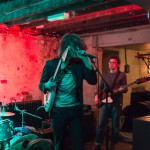 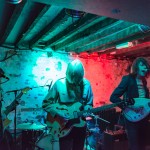 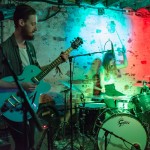 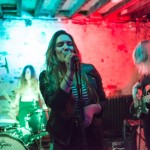 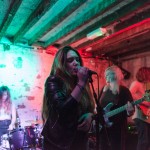 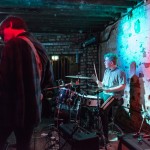 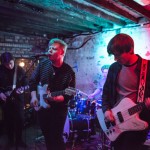 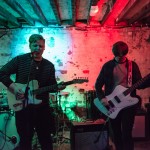 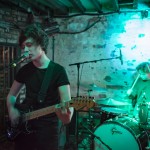 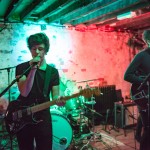