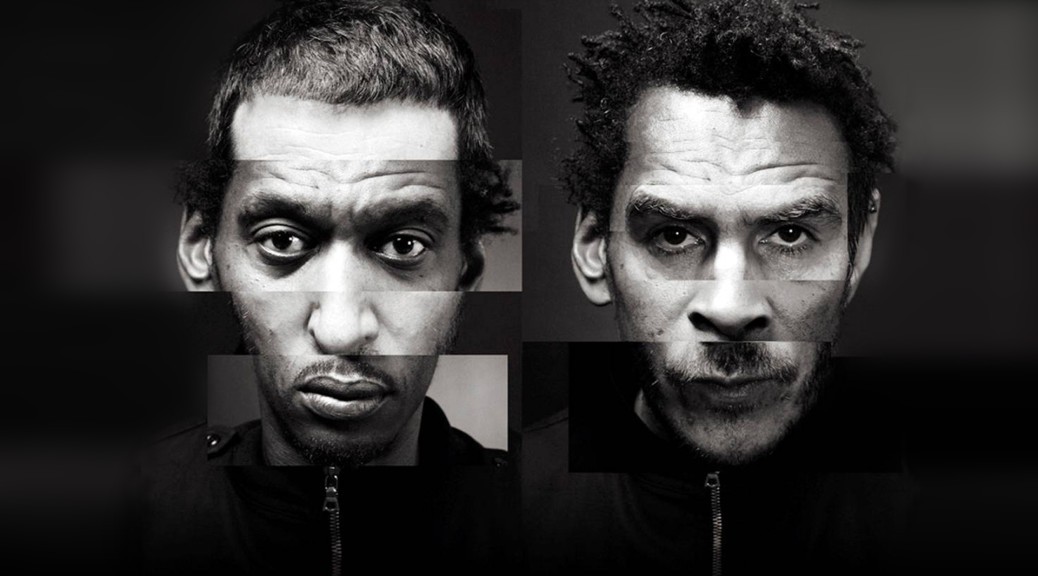 Getintothis’ Matthew Wood stays close to home lapping up a massive influx of fantastic bands from our Merseyside doorstep as the UK dominates our latest bill of box-fresh tunes.

The infinitely transgressive Massive Attack are already a near ubiquitous name among 2016’s festival lineups as they set out to transform minds and perspectives with their olfactory onslaughts.

An encapsulating outing built on a scintillating yet foreboding guitar riff, as the band then indulge in the power of progressive percussion, allowing us to note how the simplest of addictions can take us one step closer to the ritualistic dance.

Speaking of such a dance, this is undoubtedly the only place you’re going to see Kate Moss swaying organically under chiaroscuro lighting while the sonorous vocal of East-London’s Azekel drifts fantastically across the percussive landscape.

Toss the idle flow of Mad Brains into a vat of woozy, wavy twangs of electric guitar and add a lo-fi finish to the whole thing using a Panasonic M7 VHS camera and you’ll get something that at first is half baffling, half brilliant and by the third listen you’re convinced of its fantastic uniqueness.

As a 2014 GIT Awards Nominee, Mad Brains is a product of Widnes, now cementing himself in London which is propelling him across the globe. We see him team up with fellow North Westerners Beach Fossils who have recently signed to the Swedish PNKSLM label, home to Les Big Byrd and angelic milk. (You’ll find their latest release below)

So if you’ve got a couple of minutes to smoke with Mad Brains, craft a woodbine and bask in the melancholy of Manchester.

One of those bands that seem to constantly be under an intense ray of sunlight, beer and ciggy in hand despite hailing from the blustery, damp North West.

Their musical optimism is a joy to behold and despite Dreamin’ Blue being tinged with a youthful sadness, not to mention the chorus sounding very similar to Joy Division’s Love With Tear Us Apart, their overriding jangle-y surf-pop is as simple and as pleasing as a six-pack in a scorching Sefton.

The Night Café – Together

Given the success of their debut single Growing Up about a year ago, The Night Café were going to do very well indeed to avoid a sophomore slump, but the teens have made light work of such pressure.

Their follow up track Addicted has racked up a whopping 18 thousand listens on Soundcloud alone and no doubt Together is destined for similar publicity with the lads turning up the tempo and bringing a track that’s much like the wind in your hair as you career down a rapid decline on wheels.

The role of the internet in today’s music industry should have meant that such a rise to stardom was permanently off the cards and had been since Arctic Monkeys’ debut, but The Night Café had other ideas. They were to revel in the joys of the first Maccabees album and the buoyant brilliance of Bombay Bicycle Club and produce something that we all thought we’d grown out of, and prove us categorically wrong.

Can these youngsters keep delivering as they have done? Watch this space!

A monster of a track from LA based, trip hop electronica femme fatale Ramsey. She boasts a vocal to rival the like of Lana Del Rey arguably with a rawer energy; opting for some rapid breathing to open the track, she’s likely to leave you breathless.

It’s beautifully sinister, oozing with melody amongst the dark electronica that rumbles and drones beneath some wonderfully layered vocals. With tracks as powerful as this one, Ramsey is likely to shake the earth to extent of Grimes and FKA Twigs.

The Tokyo trio NISENNENMONDAI are a somewhat haunting reaction to the 70’s No Wave scene, thrown amidst a dance floor obsessed generation, refusing melody and favouring sheer energy.

Astoundingly, they rely on the tradition punk trio set up of drums bass and guitar to create music that sounds beyond human capacity Their admirable commitment to transcending the boundaries of the human body to get other human bodies doing the same has earned them a global cult reputation and their latest album will be produced by acclaimed UK producer Adrian Sherwood.

The terrifying clangs and mechanical hi-hat action in this one will no doubt prove somewhat abrasive on a Wednesday morning, but take these to the dance floor and they’ll have you moving in ways you nevr thought you could. It’s some of the rawest dance music in the world right now.

Liverpool based four-piece DUSST saunter through the ash of Pink Floyd, kicking up some pleasing sparks and embers with a track that is far more forward thinking than a mere homage to the legends.

Turn to the track’s production and you can’t help but find comparisons with the exquisite tightness of The Black Keys and fellow bluesy babies of the Sunset Boulevard. Delving into blues, rock and psych, Somehow is an exhibition of the band’s versatility and technical abilities and can be labelled as no less than a solid debut track from yet another Liverpool band.

Formerly fronting Sheffield’s post-punkers, The Long Blondes, Kate Jackson’s solo career is set to take flight once more with the release of her debut album British Road Movies, out May 20.

Working alongside guitar god Bernard Butler (Suede) proves a magnificent match up in Metropolis as Jackson bemoans the hustle and bustle of the urban sprawl, ‘this city pulls me to pieces‘, while Butler lets his strings screech and chug masterfully.

A fantastic energy pulses through the track whilst simultaneously sounding impossibly simple; a contrasting combination informed by the high speed lifestyle of the metropolis yet tinged with a sense of escapism.

Faulkner have only been around a couple of years but they already have their foot in a number of some pretty notable doors. Catching the ears of J.P. Bowerstock (Julian Casablancas) and the king of Wu Tang, the masterful musical muse that is RZA, who is producing the band’s debut EP Revanchist, they’re gaining much attention with their empowering, eclectic, explosive rock.

Born out of what can only be an expansive music taste, Revolutionary borrows from hip-hop, electronica and rock with a message, and while their music isn’t likely to start a revolution the quartet are not holding back; they stand proud and strong with a fist firmly in the wind.

Opening with those playful plucks found at the forefront of Foals’ My Number and equally irresistible tracks, Lust is sexy in style as well as substance.

Delving into darker depths of the chromatic scale but glistening moments later with some explosive crashes and rapid fire vocals, it’s another belter from the Merseyside youth.

The rest of their debut EP of the same name is out April 1, and they’ve a series of tour dates on the horizon including one at Zanzibar on April 15, Academy 3 (Liverpool) on April 19 and a slot at Festival No.6.