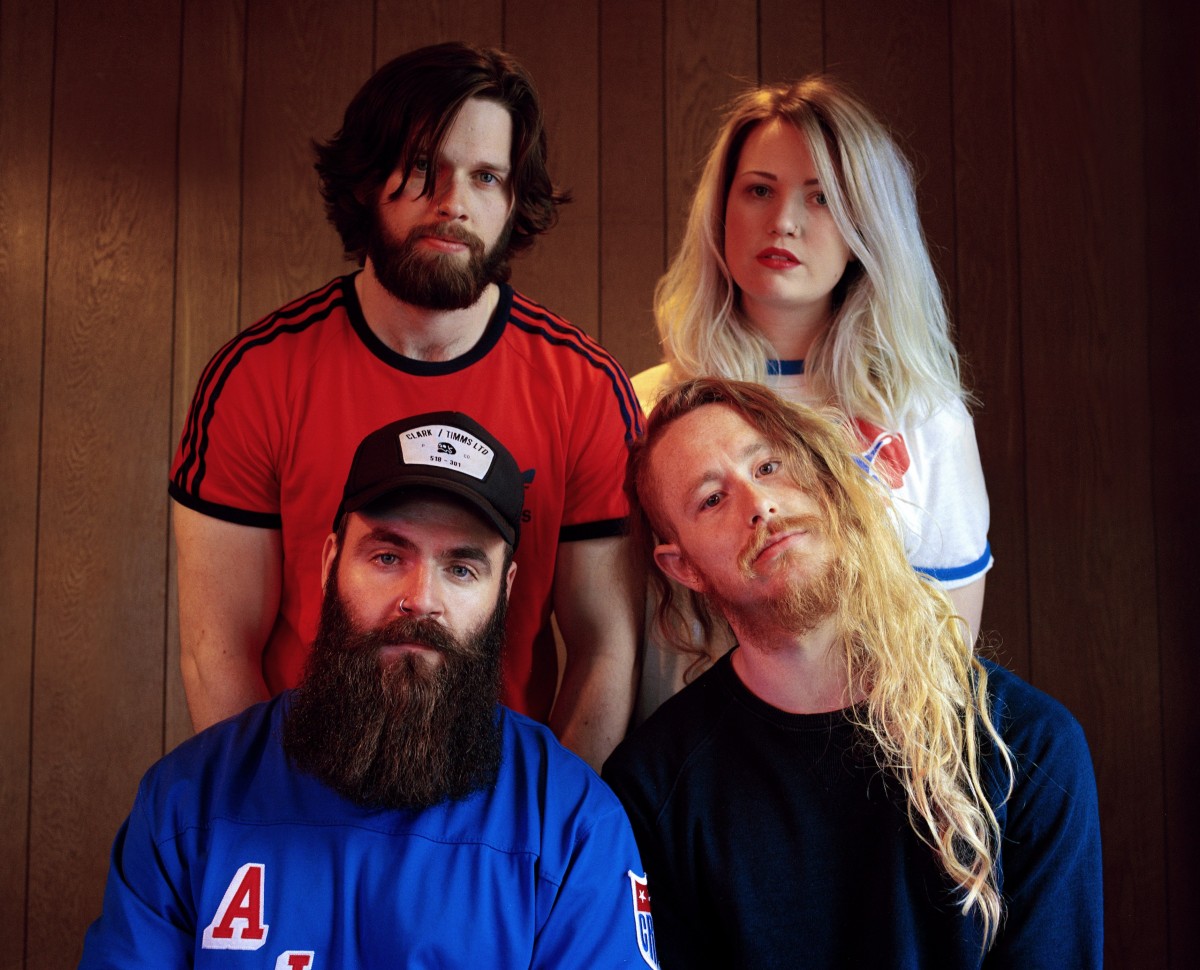 As the GIT Award 2016 kicks off, Getintothis’ Rick Leach meets Clean Cut Kid to hear about the allure of fuzzy pop and super-sweet harmonies.

Clean Cut Kid’s Mike Halls leans across the table to make his point. He is intense and passionate, visionary and clearly driven. “I wanted to make guitars cool again,” he says, words spilling out in a rush and tumbling over each other as he tries to explain. “I always thought they were uncoolest instrument in the world and I wanted to make them cool once again and I wanted to do this mad fuzz guitar thing, you know.”

This is the thing about Clean Cut Kid.

Three singles, Vitamin C, Runaway and Pick Me Up that are the very essence of pop. Lots of airtime on BBC Radio 6. Sold out gigs in Liverpool and London. Loved by fans already. Freshly back from a triumphant visit to SXSW. GIT Award 2016 nominees.

And this is only the start.

Mad fuzz guitar and a passion and love for music. A desire to make it the best they can. And then make it better.

It’s not just lead singer and songwriter Mike Halls who feels this way. All of Clean Cut Kid share this dream and this vision but express it in different ways. As Getintothis chats with them, the unanimity of what they are doing and what they want to shines through the entire conversation. There’s  a lot of nodding and agreement going on. Each of them finishes each others sentences as if it is the most natural thing in the world and when you have four people so much in tune with each other, there’s really no need for any points to be explained; for Clean Cut Kid it’s more a question of emphasising what each of them are trying to get over. 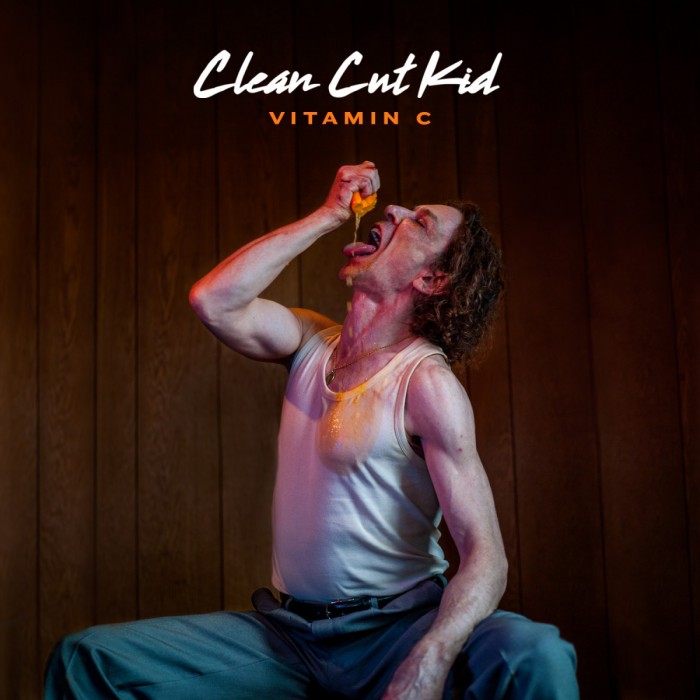 Although Mike Halls (possessor of one the finest beards known to man), is the most voluble of the four of them, the rest of the band seem to fit together so well. Saul Goodman, Liverpool lad par excellence, long-haired and stick-thin bassist bounces around like Tigger even when sitting down is full of energy and ready to go at the drop of a hat, a permanent grin on his face. Ross Higginson, originally from Jersey, is a quieter sort of chap than Saul, interjecting at crucial points with well-considered and thoughtful words. Evelyn Halls, keyboard player and Mike’s other half, hails from Yorkshire and has an uncanny ability to put everything they’re about into some sort of overall context. You can tell that Clean Cut Kid means a whole lot to these four and that they’ve thought carefully about what they are all about.

“I’m a big Dylan fan,” Mike explains when asked where their name came from. “And a bunch of our songs that we started – Runaway being one of them – are basically acoustic, when stripped down, traditional folk tunes. When we had a few hours to work with Saul initially, I wanted to do that but with massive fuzzy sound built around traditional folk songs and it was like that Dylan-goes-electric thing. So that’s where it was from.”

“Sort of,” says Ev. “Yeah, well, my brother is a huge Dylan fan and so’s my dad and my brother said you should pick a name that has that Dylan electric thing and well, that was it. But that’s as close to Dylan as we get.”

They all nod in agreement. Because it’s true and because they don’t want to be mere Dylan copy-ists riding on the tatty and dishevelled coat-tails of a faux folk revival. They are more than that. Much more.

What they keep coming back to is the word ‘pop‘. They’re not ashamed at all of making pop music, but pop music in a different way, something new. When the question is raised with them if they are a rock band or a pop band, they veer slightly to the latter.

“Yeah, we’re pop but fuzzy pop. You can’t really pin a pop label on us; it’s not straight up pop.” Mike is emphatic about this. “It’s got massive fuzzy waves of guitar all over it.”

This is where they are different.

We have to ask the question; “Are you a rock band? Do you consider yourselves a rock band?”

There’s a slight pause while they all ponder it. Maybe they’ve never been asked that before. Or even considered it.Waves of laughter follow.

We talk about the good side of rock; the passion and energy that can be seen in acts like Springsteen and The Hold Steady which was so evident in Clean Cut Kid’s recently sold-out show at The Magnet, and where they connected so much with the audience that it took your breath away. Something special was happening.

“What was so good about it was that we only knew about four people in that front row. When we started the audience were family and friends…”

“Yes! That’s it!” says Mike, “We don’t know anyone who’s coming to the gigs but they’re packed! But that’s what it’s all about,” he continues, “We want to make tunes that connect, than mean something to each fan, ‘cos each single fan is so important to us. We’re constantly talking to our fans. That connection is the priority. That they hear something under that tune and melody.”

And speaking of the songs…are they rock songs then or what?

“It’s a tough thing. I guess it’s kind of rock and roll,” says Mike. “It’s not really rock writing. The songs don’t really start off to be a rock thing. It’s a weird thing. We wanted to put an impact on the live thing by being good and powerful and people say “you’re like a raw indie band when you play live”, but it’s not like that, it’s tight and more polished than that.”

“And it’s the harmonies as well, lend itself to those big rock bands like Journey, those 80’s bands, but we’re not really like that,” says Ev. “It’s that fuzzy pop.”

It keeps coming back to this fuzzy wall of pop.

“Well,” explains Mike, “No-one has done those super sweet three-part harmonies, but worked it around challenging music. I want to make something that on the surface seems like one thing, after one listen but after five times…well, there’s going to be something deeper, there’s going to be another meaning. Something built around and wrapped around Peter Gabriel-style music or even something like Bowie would have done.”

This is what they’re trying to do, smuggling art in under the radar, making something that initially appears one way, that will enchant and delight and have you humming along while you clean your windows but, after a while, once you can’t get those catchy hooks and tunes as heard on their three singles out of your head, will gradually subvert and supplement those first impressions. Clean Cut Kid know which way they are going to win us all over.

Mike’s eyes glow with the fervour of an Old Testament prophet. “The album is going to be like a concept thing you know, like an arc that tells a story from break-up, to closure to sunrise.”

They’re all on board with this. They all want to get a word in edgeways, which is difficult as Mike is so enthusiastic about everything. He so obviously is bursting to get all of this out there.

In the end Ev manages to interrupt his flow, albeit for a few moments. “It’s going to be one of those albums where ideally you should really go from the first track through the middle and to the end and you hear that last track and it’s ..wow! where did all that come from? We’re already thinking about the second album. There’s so many songs. Twenty or so. It was hard but we just had leave some off the first album and had to let some of them go but it’s like wow! that mad banger massive song will be on the second album and we can’t wait! But this first album is going to be…”

Something utterly unexpected then? Like hearing The Pixies‘ Surfer Rosa album for the first time and wondering where the fuck did that come from?

“Oh totally! Exactly!” Mike is back on board again. “I’ve got the next four albums sorted in my head. I know what I want to do.  I want to make it good and then perfect and then take it further and further until it can’t possibly get any better. Make something that only could be made in the studio. We are an album band. Everyone will get it in the end. Get what we’re all about. Make something only could be created in the studio, that couldn’t be taken out live. Like those late Beatles albums. They couldn’t be recreated in a live setting. But we’re not going for all that studio trickery, it’s going to be just us and the instruments.”

It was fairly inevitable that somewhere along the line the B-word would crop up. It was always bound to when you’re talking with a four piece band from the city. It would be the elephant in the room. We talk about whether or not being termed a “Liverpool” band is a good or a bad thing, whether it’s a blessing or a curse, and what it’s like working and living and writing music in the city.

Mike has an interesting take on it all.

He warms to his theme. “I mean, look at The Coral. I love The Coral, they’re one of my favourite bands of all time, but there’s no way you could tell where they were from because they brought something different, because they were different and not just that Liverpool sound.”

Talk turns to the GIT Award and how much every nominee is different, and that the very diversity of all the acts speaks volumes for what’s happening in the city at the moment.

That’s a possibility as they probably know best, but they are doing themselves a disservice. London would not have subdued them.

“But when we get home, back here, like when we’ve just come back from SXSW and London,” says Ev, somewhat wistfully, but speaking for everyone who knows where home is, wherever you are from. “It’s something special. Like when you get off the train at Lime Street and you just …know.”

We cover a lot of ground, but time works against us. We could have talked for hours and hours. Clean Cut Kid have a lot to say.

In the end there’s one question left. The crucial question.

Could you imagine yourselves ever doing anything else but music?

It might have been the crucial question, but for all of Clean Cut Kid it was probably the most ridiculous one that Getintothis posed all day.

When the laughter subsides, Ev tells us a little tale that speaks volumes about Clean Cut Kid.

She relays this with an air of incredulity.

And it is. And they are. 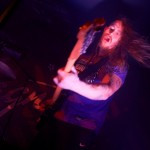 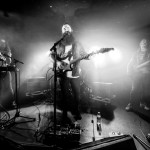 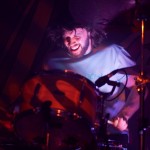 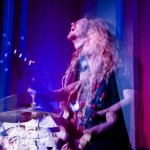 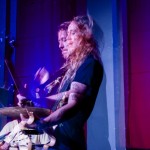 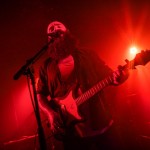 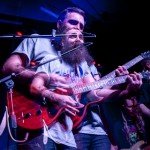 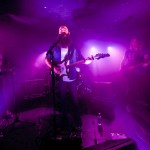 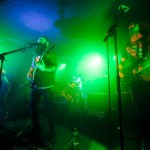 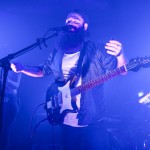 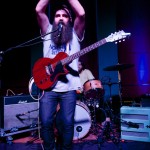 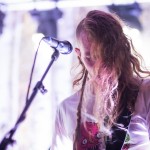