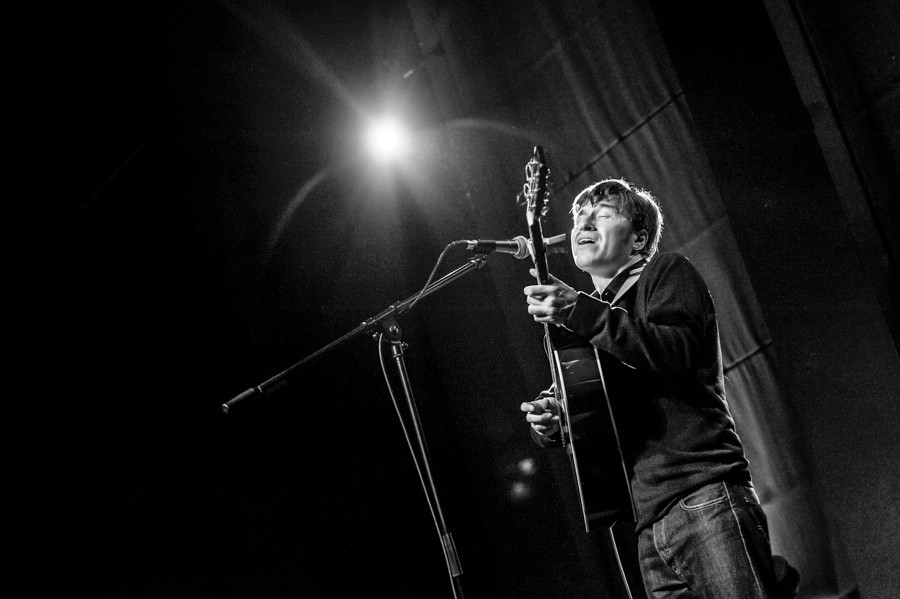 As Nick Ellis launched his new EP, Grace and Danger, Getintothis’ Paul Fitzgerald witnesses the return of one of Liverpool’s favourite song-writing sons.

It was with a dual sense of hope and expectancy that we arrived at Leaf for the launch of Nick Ellis‘ new 8 track EP, Grace And Danger, at the end of a beautiful brightly lit spring day. Hope that this collaborative experience, and the processes involved in its creation will take Ellis to where he wants to find himself, and a strong sense of expectancy that it will. Mellowtone Records tipped the first domino in this story, by persuading Ellis to play in the old Crown Court at St Georges Hall, when they curated the music there for the Winter Arts Market at the end of 2014. From there, it would seem only natural, wouldn’t it, to record an entire EP in the intimidatory splendour of that room?

In the best storytelling tradition of folk music, the folk of which Ellis speaks are all people we know, people we see everyday, maybe even us. Ellis‘ has gathered their tales together, and, armed with a sweet melody, and some beautiful lilting guitar lines, he creates his world. The world where Grace and Danger meet. For Ellis, this could possibly be construed as a statement of intent. After many years in a tightly packed and well loved band, The Maybes?, he gains strength from the opportunity and control of working alone, writing exactly how he sees, how he observes, and delivering it as he believes it should be. Themes of love, politics, and everyday life in the city run through this work, and the history and reverberation provided by that most special recording space, the warmth of the wood, the chill of the stone, bring necessary drama and definition to Ellis‘ ideas.

Here in Leaf, as the positive and upbeat crowd await Ellis, the evening begins with a spoken word performance by someone enigmatically known only as ‘Roy‘. Picaresque details the story of a monumentally hungover man who, after waking in an anonymous student’s bed and stealing some of her CDs (impeccable taste – Screamadelica and three Beta Band EPs), embarks on a journey of recovery in various city pubs. Simply put, its hilarious, charming, and worryingly real sounding, as is the untitled tale of the disillusion and despair of a football fan, and his very public nose to nose confrontation with his club’s manager. We hope it’s true. Roy should publish these tales, and soon.

Tom Blackwell‘s country blues stylings took the whole crowd by surprise. A name and face we’re largely unfamiliar with. We know not where he came from, but we’re incredibly glad he did. By his own admission, he’d find it challenging to get arrested right now. His songs speak of late nights and sunny days, the taste of sour mash whiskey, paddle steamers and rusted, beat up pick up trucks. A collection of songs with moments of absolute beauty, and a stunning bared soul of a voice. We’ll keep an ear out and an eye to the ground for this Plymouth Argyle supporting hillbilly ace.

Nick Ellis took the stage and went straight into The Grand Illusion, a bluesy riff underlying the lyrics of conformity, and our acceptance of the status quo. It’s the opening track on Grace and Danger, and made a perfect start for a live set. The strength and multi faceted skills of Ellis‘ musicality, and the shape and structure of his work, were laid bare to all, coming into their own in the live setting and as he worked his way through the set, he seemed relieved at the reception this warmly appreciative audience provided. With songs like Cooler Than A Cupid in him, or the dazzling and plaintive cry of A Walk Through The City, Ellis‘ observations of those characters, those stories, is keen and sharp, dazzling and open. The soul of man is what Ellis seeks, has always sought, and he is relentless in his pursuit of that aim. Delicately woven tales are given life and breath by that stunning blue soul growl of a voice, smooth and rounded, deftly leaping from haunting lows to breathtaking highs in a single line, and all delivered with a relaxed confident stroll.

Ellis seemed genuinely surprised at times by the reception he was getting, but this was a crowd of absolute devotees and in many ways, their reaction to this accomplished performance from such a complete musician was assured before he’d even arrived at the microphone. The connection was clear, and it felt at times like this was the sound of Ellis coming home, back to where he belongs. With a final stunning moment, a cover of Echo and The Bunnymen‘s Lips Like Sugar, beautifully re-worked and re-imagined, his work was complete. A beautiful high to go out on, and a very special end to a very special evening. 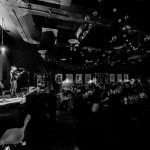 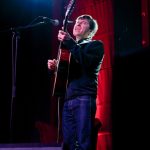 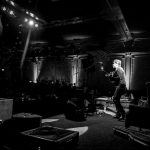 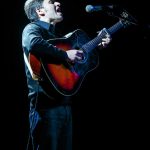