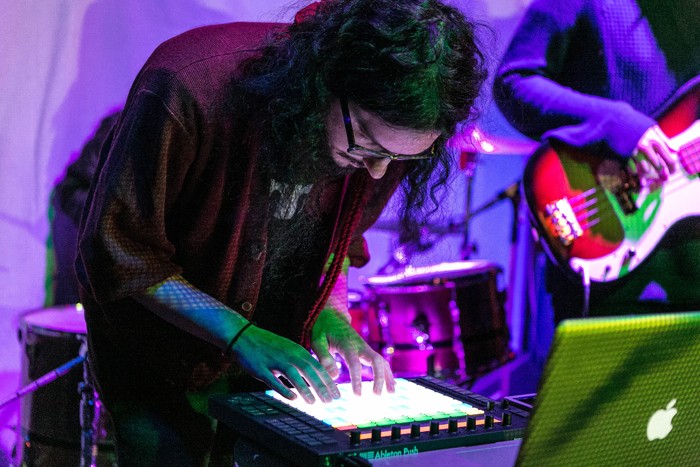 Scouse drone pop cosmonauts FU SS have launched their new video to their latest offering, Lung Butter, ahead of their gig at the Black Lodge next week.

Continuing the celestial persona that the quintet have built up, Lung Butter will please their ever growing number of fans, with its space soaked dream pop providing a seiche of sonic delights. Trippy, astral vocals flow out streaming over lush jangly guitars, as the group guides you on their planetary path.

Find out about all the goings on in The Baltic Triangle here.

The video itself is equally as spaced out, as you would hope. From the neon fever like start, FU SS transport you on and upward trajectory, as they hurtle through the stars along a hallucinogenic journey. It’s a truly hypnotic offering at times.

The group are currently gearing up to play the Baltic Triangle’s latest darling, Black Lodge later this month as they hit the brewery come venue on May 20, together with Ohmns, danye and Indigo Moon. With a line up like that, you know it’s going to be a good one.