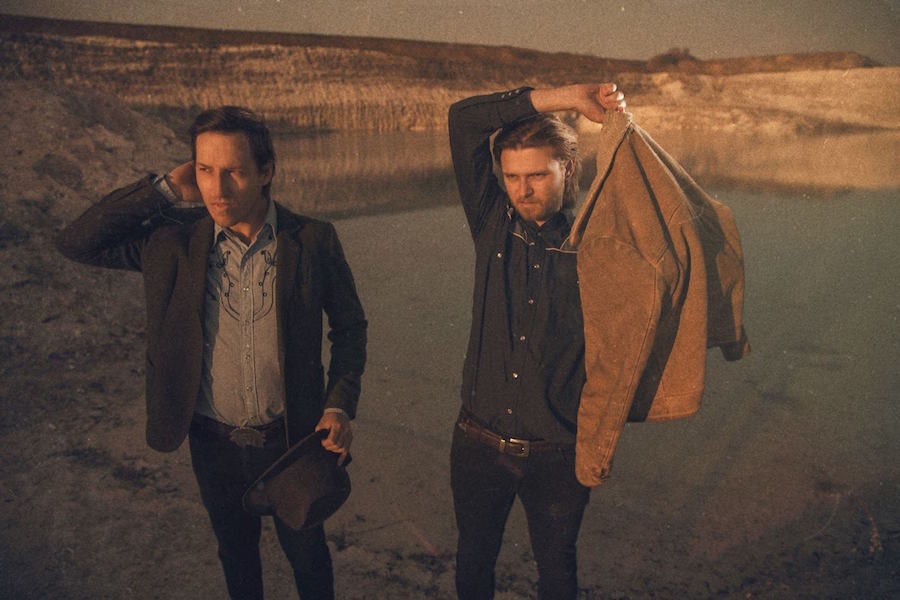 With a couple of singles released and a debut album on its way soon, Getintothis’ Adam Lowerson discovers the summery sounds of Palace Winter.

Their debut EP Medication caused a big stir, their single Menton featured in Getintothis‘ top 40 tracks of 2015 and now their highly anticipated is set for release via Tambourhionceros on June 3. Palace Winter are certainly a band to be keeping a close eye on.

The Copenhagen based duo’s glistening psych-pop sounds are a perfect soundtrack to the summer, and if latest single Soft Machine is anything to go by, the upcoming record Waiting For The World To Turn is going to be spun on repeat over the coming months.

Soft Machine is the perfect blend of warm, chiming guitars floating atop an icy sea of synths, with the contrasting sounds giving the track an otherworldly feel. It’s majestic. Completely hypnotic. A gorgeous, delicate slow burner with Melbourne-born singer Carl Coleman‘s faraway vocals softly breezing through amongst the electronic sounds. The track is a change of pace from the Americana-infused beats of previous releases such as the aforementioned Menton, and shows the diversity and potential of the duo’s songwriting.

With a handful of festival appearances coming up this summer, including Dot to Dot in Manchester and Green Man, Palace Winter is a name we could be hearing a lot in the near future.