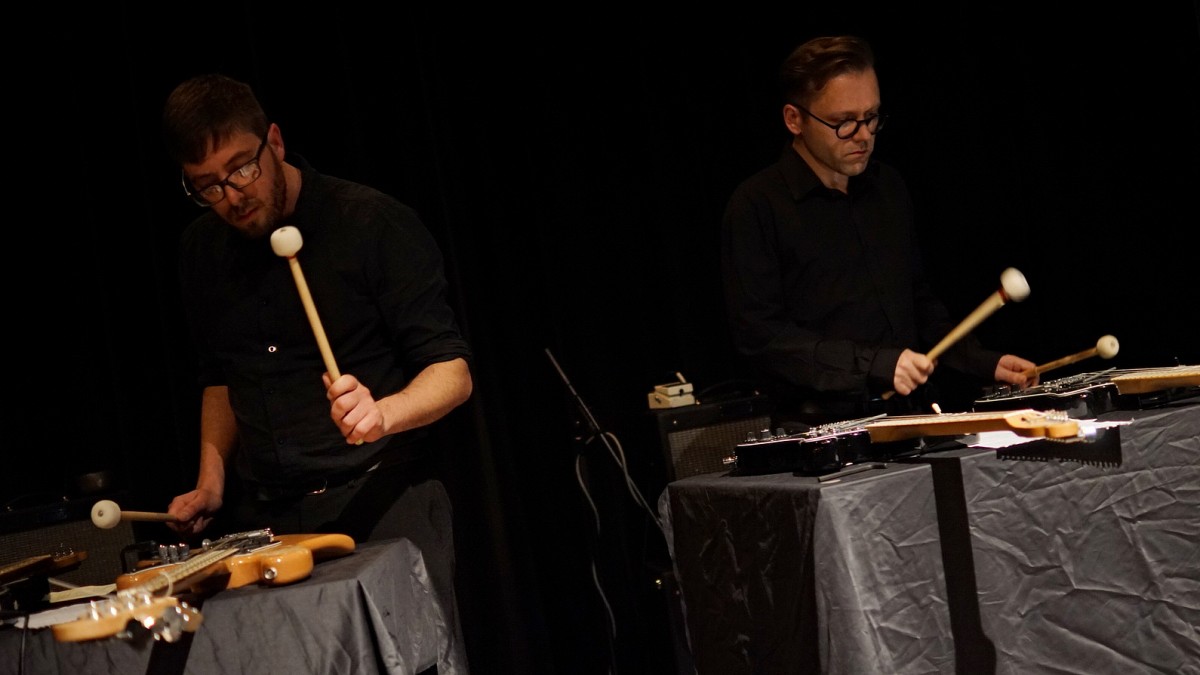 Immix Ensemble and Ex-Easter Island Head once again unite to perform at the Bluecoat and create a night of exuberance, Getintothis’ Ryan Craig reflects back on the night.

The Bluecoat Chambers – arguably the most historic building in Liverpool City Centre (seriously, Google it) – once again shows off its rich artistic culture as Liverpool-based experimental musicians, Immix Ensemble and Ex-Easter Head Island, rekindle their partnership formed back in 2014.

The tone was set for the night when supporting artist, In Atoms, performed his ambient melodies for the soul. Layering sounds with great effect as the noise evolved into something bigger. The centre piece was the visuals – short looping videos no longer than five or six seconds long. It was never clear what exactly was in the home videos – flickering, stuttering and often overdeveloped – but the sounds seemed to help it all make sense.

The mix of hums and distorted high pitches together with the almost hypnotising broadcast, created an experience – dare I say adventure – of just how sound can transport you into another world. Now, this might seem overblown, but give In Atoms a listen before judging.

After a short interval spent watching the musicians tune and test their instruments to ensure perfection, the room was now ready for Immix Ensemble and Ex-Easter Island Head. The project based group is led by Benjamin Duvall, with Ben Fair and Jonathan Hering, who make up the three piece.  With three guitars, a bass and only a trio of people to play them all, Ex-Easter Island Head were welcomed to the stage by their 2014 companions, Immix Ensemble.

With each musician in place, the ensemble began to play. Starting off with only a few brass sounds, Ex-Easter Island Head then joined the scene, rapidly stroking the strings of their guitars – which were lying horizontally on a table – and at times they even plucked two guitars at once. The two diverging tones felt like the carefully digitalised mechanics of an old steam train; one represents pistons as delicate as sewing needles, and the other being the train’s glorious steam plumage.

Every performer executed his or her part beautifully. Every sound in perfect sync with the conductor’s hand movements and each of them carefully creating the expert sound simultaneously. There was a moment where an accidental squeak from the lone trumpeter brought only understanding smiles to both the musicians and audience, as the ensemble continued to play.

Then with true unexpectedness, Ex-Easter Island Head began to give their guitars even less tender treatment as they began striking the guitars with drum mallets. If you were to listen with eyes closed, you would never know these sounds were being made by a guitar. These unconventional methods captured the attention of everyone in the room as both groups had everyone in the palm of their hands. With sustained drones and poly-rhythmic grooves, the area was soon filled with a smooth, warming atmosphere.

The performance saw the prepared guitarists of Ex-Easter Island Head incorporated into a sextet of strings, brass, reeds and woodwind to present ambitious extended works with great success. Their complex, orchestrated physical movements were an integral part of quite an astonishing performance.

When the show faded to a close, all musicians received a well-deserved round of applause followed by cheers from the near emotional crowd. Not too many artists come to mind that can control an audience like this. It was heart-warming to see each set of musicians then give credit to one another before bowing and giving one last thank you. 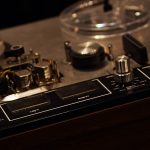 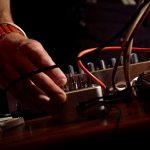 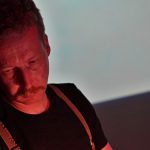 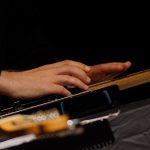 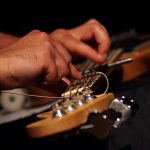 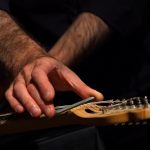 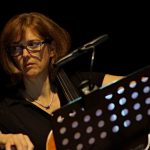 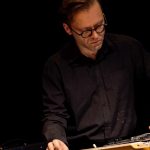 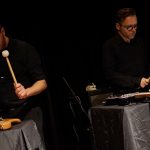 Ex-Easter Island Head at the Bluecoat 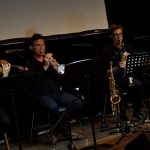 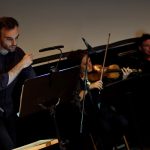 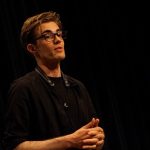