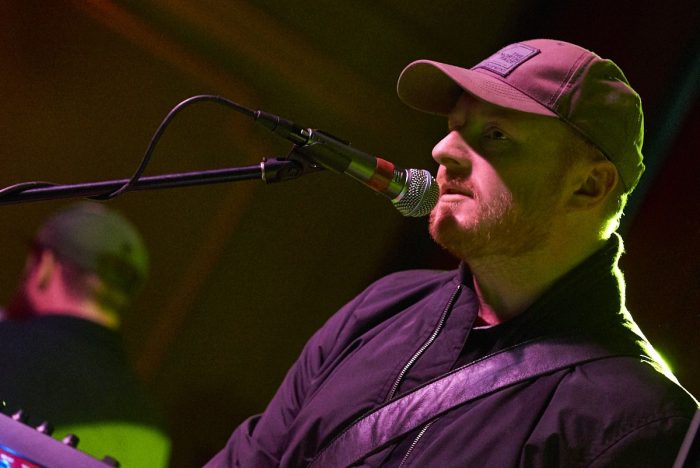 Malcolm Middleton’s new album, Summer of ’13, finds him in a light and almost cheery mood confounding Getintothis’ Paul Fizgerald who expected of an evening of unbridled melancholy at Leaf.

Malcolm Middleton‘s new album, Summer of ’13, finds him in a typical, laconic frame of mind. His choice to lean, with these songs, towards a more electronic indie folk sound has resulted in a wholly sunnier, shimmering piece of work. Yes, the existentialism is still very much to the fore, and themes of anxiety, doubt and self deprecating melancholy still take their role (and why wouldn’t they?: it’s Malcolm Middleton, after all, he was in Arab Strap, let’s not forget), but the abiding feel here overall is lighter and lifted, positively chirpy. Ish.

He’s surrounded here at Leaf with a three piece band comprised of support act Pictish Trail, and a tight, and accomplished drummer, who happens to be the only person in the band who doesn’t have a keyboard. While the music, particularly this new material, has a striking presence, Middleton himself, characteristically perhaps, is almost apologetic in his stage persona, he’s all hat on, heads down concentration, teasing these analogue synth lines out, and adding his wry and darkly comic lyrical observations on the bleak mundanity and the disappointment of the everyday. A slight reworking of Like John Lennon Said from the new album, based around a collection de-contextualised Lennon lyrics, driven, again, by the 80s synth grooves of Pitcish Trail‘s Johnny Lynch, is a highlight. Added bounce is brought with the catchy-as-you-like Gary Numanesque thrill of Steps, the absolute triumph of the evening, led with a sweet piano roll, with crackling, sparse and insistent electronic beats, it’s the prettiest, most summery ode to self-doubt we’ve heard for quite some time.

More live music? Our comprehensive gig guide has it’s fingers well and truly on the pulse!

He’s happy to mix it up and break it down a little in the set, so old favourites such as Red Travellin’ Socks, and the genius of Blue Plastic Bags, its dour depictions, the perfect example of Middleton’s observations. The hum and the drum. The ever apparent endlessness of it all.

‘The whole world’s going home with plastic bags/Six bottles of Stella, Jacob’s Creek and twenty fags/And you know there is no shame /because we’re all doing the same’

Moments of real beauty, such as the pleading disappointment in Loves Comes In Waves take there place, and stand their ground well against the newer material. Another perfectly crafted Caledonian pop gem, Fuck It, I Love You is another highlight. It’s late on a Friday night, and dark outside, but songs like this have a keen ability to light the room, it’s like the sun has come back out just for 3 or 4 more minutes.

A sparkling, genial, and warmly appreciated show by this accomplished and skilful writer was brought to a beautifully self deprecating close with the simple acoustic folk of Devil And The Angel. Such simplicity bringing such doubt and depth. And by the way, Malcy, you’re wrong, your songs arent shite.

Pictish Trail took the stage as support tonight, Johnny Lynch and someone known hitherto as Suze brought us an all too short set of sparse and filmic sounds. Crisp beats and sweeping loops, laced with atmospheric stabs. Songs of the big country, gently unnerving, but no less wonderful for it. A real delight, there, hopefully with more time to play out soon. 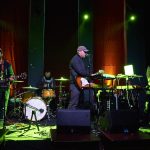 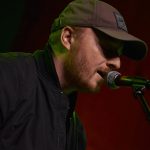 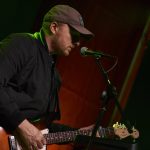 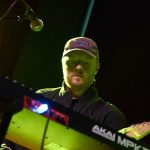 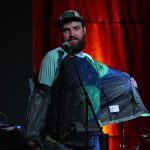 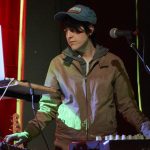 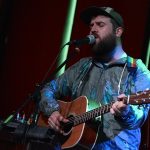