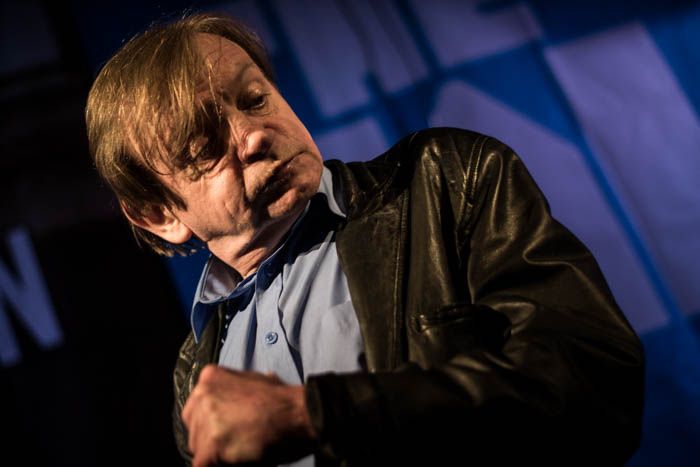 As promoters Club the Mammoth announce an appropriately mammoth all-dayer featuring the post-punk legends, Getintothis‘ David Hall looks ahead to an outstanding bill.

Cult Manchester favourites The Fall will bring their ever-revolving lineup to Liverpool on Saturday, January 21 2017 for a mouth-watering all-dayer at Arts Club.

Thirty albums and forty years into their recorded output, the Mark E. Smith fronted outfit’s most recent effort Sub-Lingual Tablet was released in 2015, so fans may well expect new music from the band soon following the announcement of this exciting gig.

The lineup also brings together arty noisemakers Hookworms, whose showing at recent editions of Liverpool Festival of Psychedelia have been nothing short of spellbinding. Kagoule also join the bill, the Nottingham three-piece coming hotly tipped, and impressing at Liverpool Sound City 2016.

The Fall’s Bend Sinister at 30 – always different, always the same

Leeds rockers Eagulls and Manchester rioters Cabbage will be sure to send a shudder down spines. Hailing from Brighton, Tigercub, whose debut album sees a release in November through Alcopop! Records also join the bill along with Goat Girl.

Local mob Strange Collective, whose EP Super Touchy saw a mind-blowing introduction at Invisible Wind Factory recently, GIT favourites Ohmns will be sure to cause havoc, while glitter upstarts Pink Kink round out the bill, with DJ Carl Combover and Club the Mammoth DJs providing support.

Tickets are on sale 9am Friday, July 29 for this ridiculous, once-in-a-lifetime, not-to-be-missed lineup.