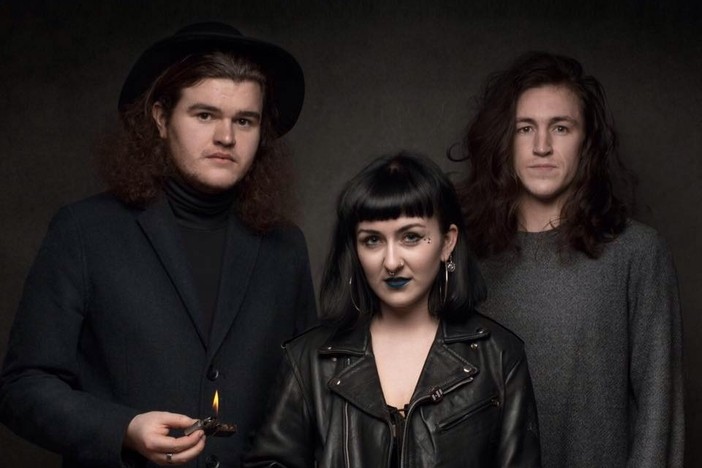 Mad Alice get set to release their fierce blues explosion on the world, Getintothis’ Lauren Jones has the scoop.

Using the genre very loosely, Mad Alice have etched their punk ideology into the deep southern sound making it beguiling and eerie listening. Their long-awaited release, Ball & Maze, is the product of angst, fear and the unknown.

For more news on up and coming acts, check out our Introducing archive here!

Hare’s uncanny similarities to Siouxsie Sioux ring loud and clear through the track, with a foreboding beat to accompany the trance-like state. Slow introductions are connected by this constant ringing of electricity weaving around guitar chords and the darkening lyricism.

There’s definitely a game to be played, hinted very adeptly by the tracks title. What’s next for this trio? Time will only tell, but if their leaked tracks are anything to go by, here is an outfit we should be keeping a close watch on.