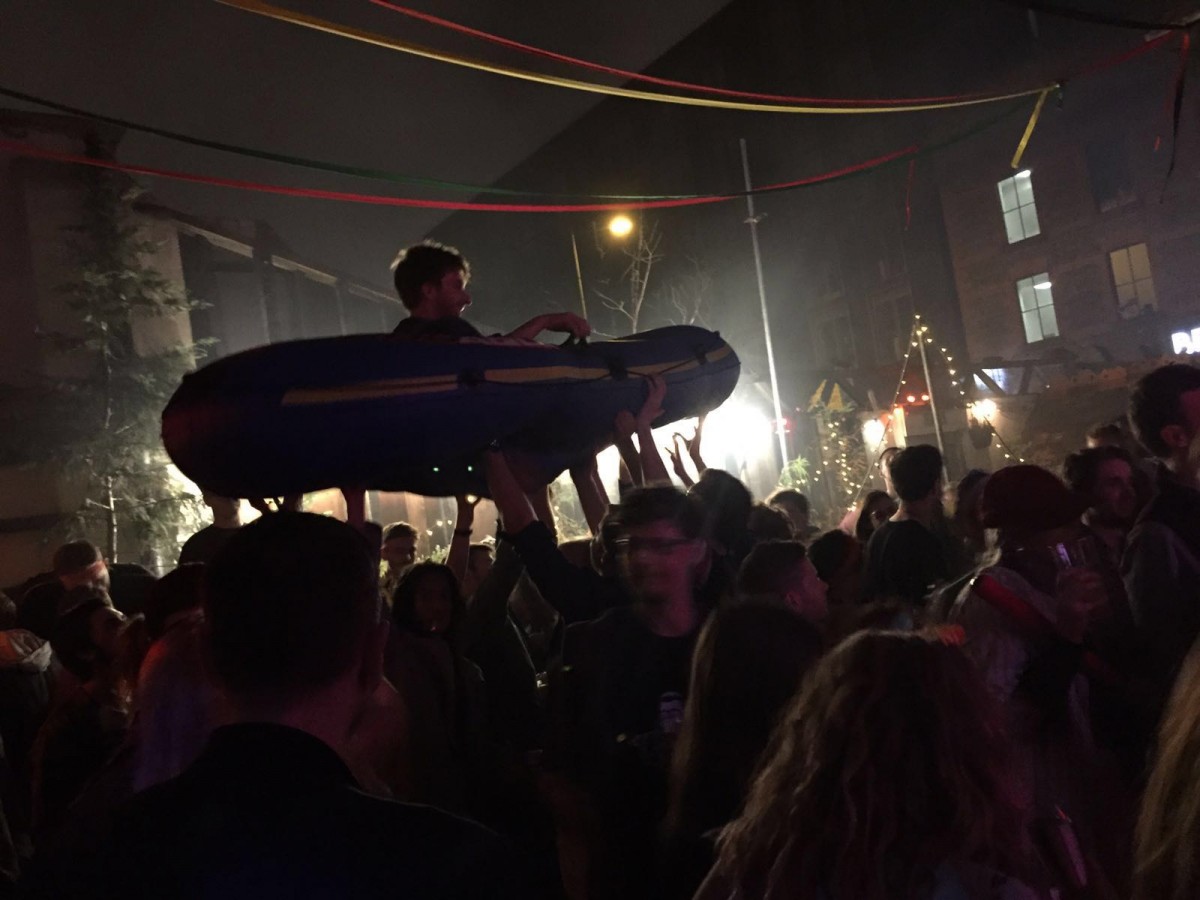 The Krunk Apocolympics descended on us last weekend for what had intended to be a sports extravaganza – designed to prepare the good people of Liverpool for impending doom.

As in 2012, The Kazimer announced that the games, including chasm jumping, recession relay and disaster dressage, would be this time held at the Invisible Wind Factory. Yet apocalyptic events struck the team and unforeseen issues saw the games relocated to The Kazimer Garden and scaled down dramatically due to a lack of space. Gutted… And it was forecast rain. We wondered how these catastrophes would effect the planned event.

It did little to dampen the spirits of those who attended however. The busy Garden showed that the people had heard the call and came out in force (in varying degrees of Lycra) to fight the impending apocalypse despite the odds. Groups jovially set up their own games, mostly of of the drinking kind and we even witnessed two young ladies have an impromptu (BUT amiable, we must add) boxing match, complete with gloves. 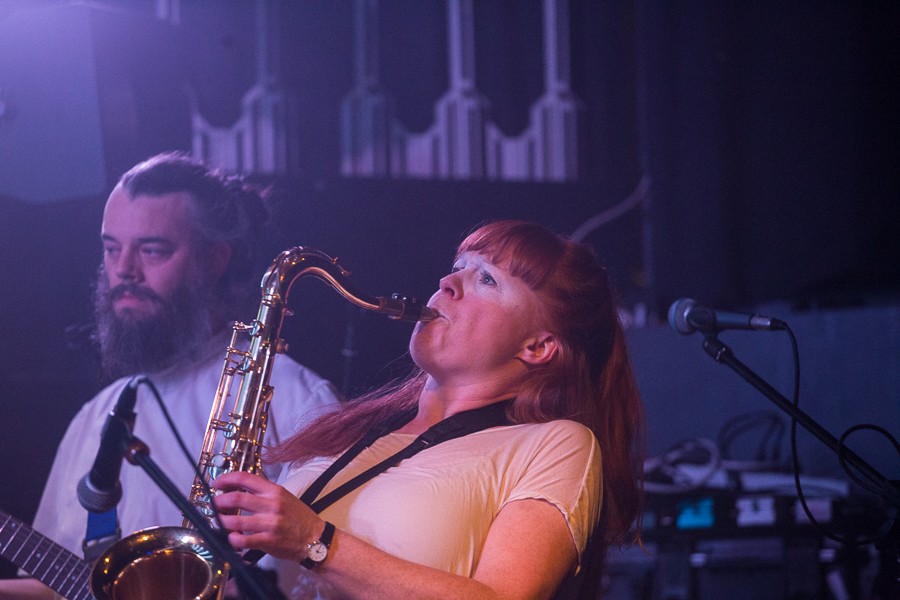 Art rockers a.P.A.t.T provided the first bout of entertainment as darkness fell and took to the stage in their signature white regailia. This established ensemble performed an energetic set that had the crowd bouncing and psyched for the oncoming competition. One of the sets highlights was a fun and seriously smart rendition of Hall & Oates’ Maneater. Yes.

Once the band finished it was over to commentator Mr Gluteus Maximus to chair the Olympageddon and oversee the Krunkersize. He also provided the kind of witty banter that one would expect from a person named Gluteus Maximus and kept the energy high and hilarious throughout the night.

Guys and gals lined up to test their strength and prove their worth by taking part in (*epic echo voice*) Olympageddon!!! – part of which involved seeing who could hold themselves aloft from an iron bar the longest.

Competition was strong, however, and we were sucked right into the ‘oooohs’ and ‘aaaaahs’ of the rest of the crowd. There were many winners, but in true sports speak, it was the taking part that counted. Although the show had suffered setbacks the quality and attention to detail remained and people made the night. 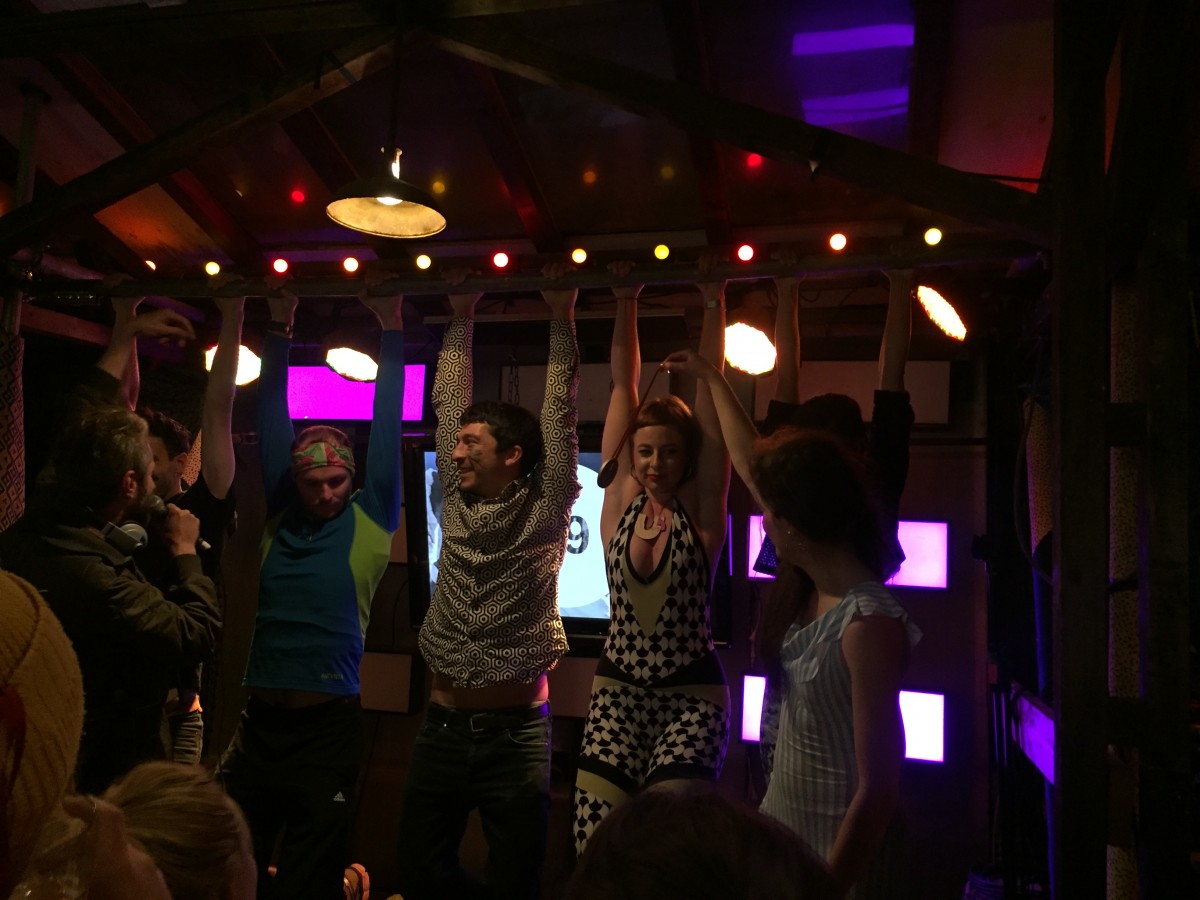 Feats of strength at the Krunk Apocolympics (photo by Emily Guest)

The Krunkersize routine gave us flashbacks of Hot Gossip on Top of the Pops or a dodgy aerobics video from the 80s. The ladies were quaffed, crimped and spandexed to perfection, ready to shape-up us lazy humanoids in preparation for doomsday. People joined in the aerobics and enjoyed the fabulously kitch performance. 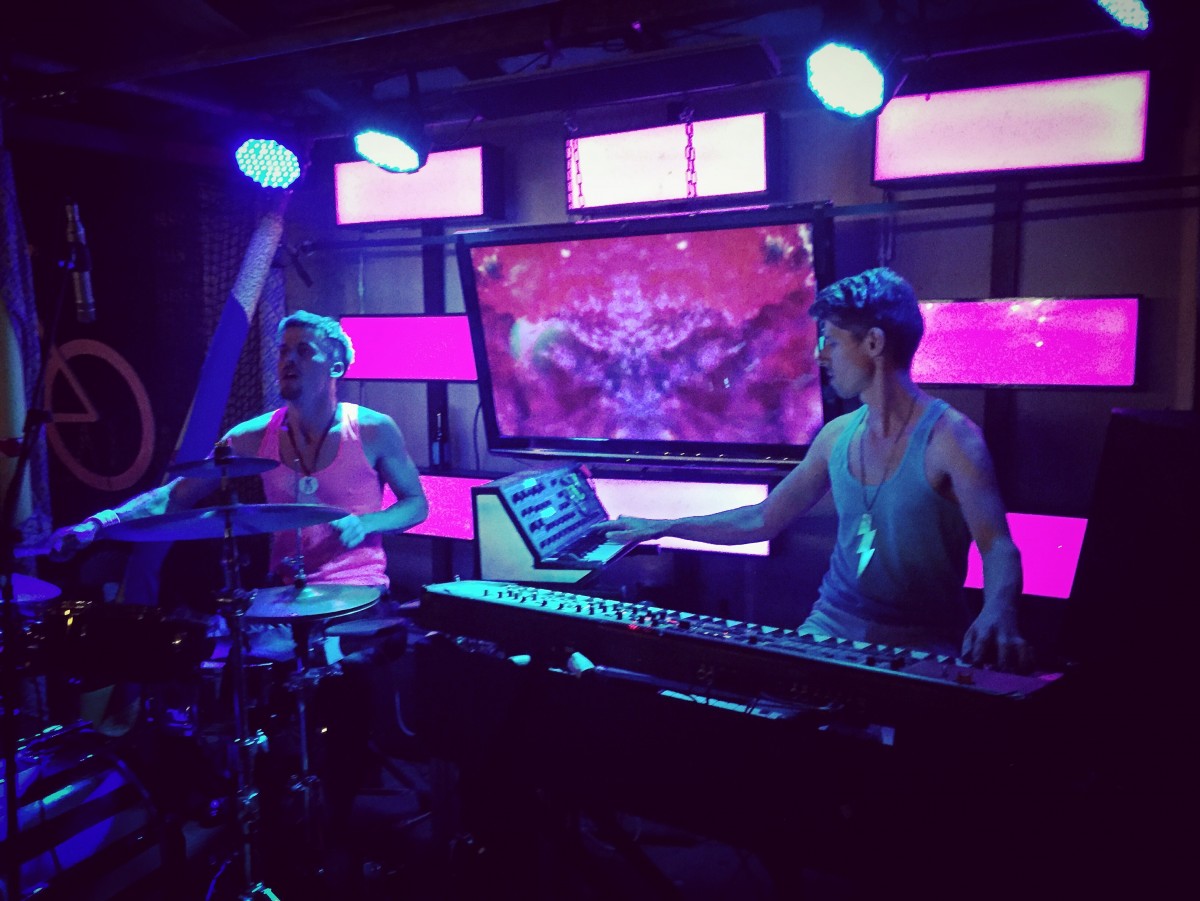 Dogshow at the Krunk Apocolympics (photo by Emily Guest)

The highly anticipated Dogshow took to the stage looking suitably retro in their skimpy neon vests with those hairdo’s.

Their powerful set brought the house down in characteristic late night fashion and the on-again-off again rain at once seemed fitting and added a natural atmosphere while people danced among it. The excitement climaxed in a wonderfully silly rubber dinghy crowd surfing session. The end was nigh, after all.

We left the Garden converted and excited for the future of Kazimer Krunk; ready to face whatever doom might come our way. Which as it happened, turned out to be a hangover.