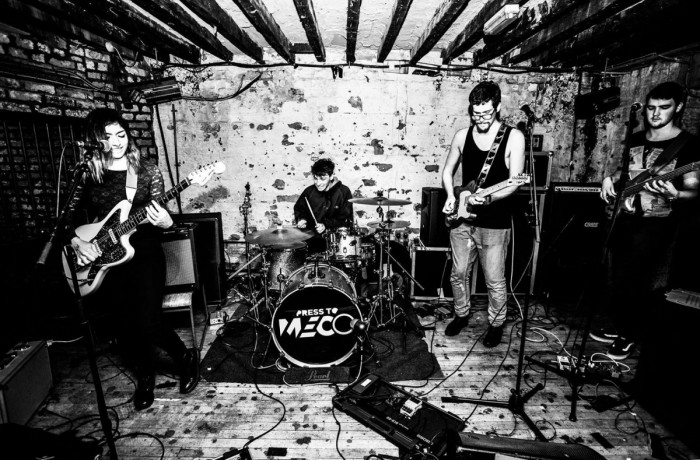 Del Florida’s sound appears to go from strength to strength as evidenced in their latest release, Ain’t Gonna Change. Since their previous single Superior, the band have gone through some changes, most notably, their relocation to Baltimore.

With this move, they have left behind bass player Chris Gaffney, who of course has gone on to form another tipped Liverpool-based band in the form of DUSST with Louis Jayy. So we guess it has worked out all around!

Ain’t Gonna Change combines neo soul stylings with something of a dream pop vibe. With hypnotic vocals that create a haze throughout the room and a melody echoing early 90’s R&B and jazz, the combination of their stellar rhythm section – courtesy of Chris Gaffney and Joe Warriner – there is a definite stylistic fusion.

Love new music? Check out Getintothis’ new breed for 2016 – the most exciting new acts from across Merseyside.

The group is led by singer/songwriter Leela Dawson, who has said; “I can’t really write anything I deem acceptable if it isn’t from personal experience and real emotions.” This sentiment rings true for this latest single. It deals with the refusal to change, and not allowing to let yourself stay in a toxic relationship when someone shows their true colours. For this writer, Del Florida have once again made empowering music.

Really, Ain’t Gonna Change is something of an ironic title. The amount of change Del Florida are gearing towards seems a surprise. However this doesn’t mean we will be hearing less from them, with a new single planned for January to include a lavish music video. We will definitely keep an eye out for them with their new adventures.

Ain’t Gonna Change is out now.