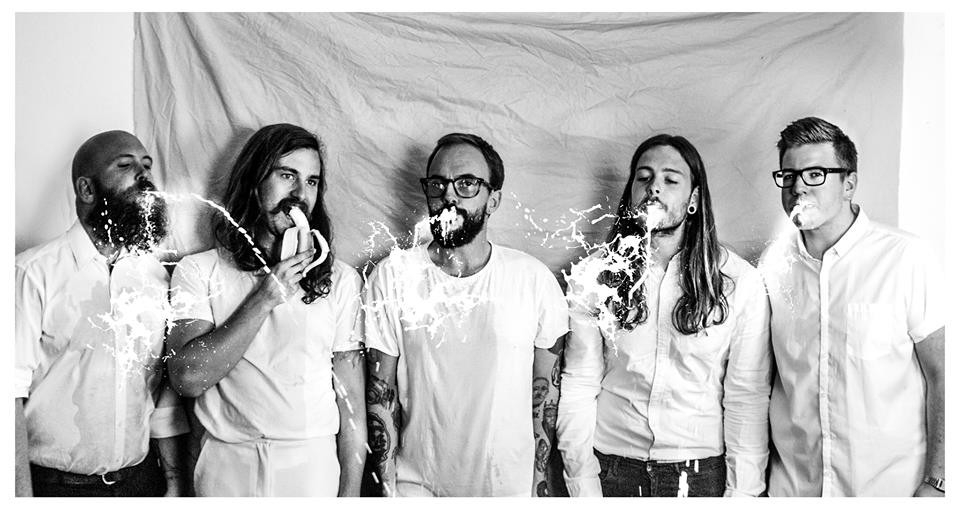 Getintothis’ Daisy Scott and Janaya Pickett check up on the latest bands that are set to hit the headlines, including homegrown talent Azura Kings, Dundee natives SAHARA and Bristolian punk band Idles.

Dundee-based indie band SAHARA, made up of Adam Campbell, Megan McNally, Keir Henderson and Ally Scott have had a pretty fast-paced introduction to the music industry. Forming in early 2015, the student band had only written and recorded one track, Ask Me Again, which then was named as one of XFM Scotland’s breakout tracks.

Quickly following their sell-out gigs throughout Scotland, they have been invited to support Model Aeroplanes in Dundee and due to this have been gaining the spotlight ever since, including spots supporting The View and a performance at Y NOT Festival.

With similarities drawing from, Foals, Kasabian and The View, the band stick to the melodic guitar riffs and dreamy bass lines. Tracks such as Blind are reminiscent of The Wytches. With such aspiration the band are likely to be seen and heard around the UK in due time.

Emerging from the Liverpool music scene, Azura Kings take a more slow approach to creating music. There’s nothing better than a band that can emphasise what is both good, and bad about a night out – Enlisted in the track, Cigarettes and Broken Dreams, from their self-titled debut EP.

What is great about Azura Kings is that they are relatable and with the lyrics, they don’t hide around metaphors. It is honest, and that is what is so great about the band. Daisy Scott

We first heard Idles on the radio, just by happenstance, not too long ago. What we heard was a live recording from The Great Escape 2016 festival in Brighton of a yet to be released track called Well Done.

To us, there’s no better feeling than going about your business with the wireless on and having music stop you in your tracks. This did exactly that.

One minute we were quite idlely cleaning the bathroom, the next we were feeling a totally different type of Idles. The quality of the recording was so good that we initially failed to notice it was a live performance – it was that good. We found a YouTube video of the recording and played it on repeat for the best part of a week. Then it vanished due to copyright reasons. Cue devastation. Who was that band? We needed more.

After a bit of research we came across their Soundcloud and the following facts: They’re a five piece post punk outfit from Bristol and released their first EP Welcome in 2012, and then a second, MEAT, some time later in 2015.

Shortly afterward they released another EP of remixes META, collaborating with the likes of Alt-J and The Maccabees. They’ve been championed by Steve Lamacq, likened to Fat White Family and Sleaford Mods with a splash of Interpol, bla bla bla …

And they are like those bands in that there’s a sour taste to their music. The lyrics are wry and full of cultural reference, the music is loud and abrasive. Idles’ sound, however, is pretty clean for one considered punk. They’re melodic and flick between garage rock and stadium with their curt verse and expansive choruses.

As for the post punk thing, you can hear echos Joy Division in songs like Romantic Gestures and Queens and Interpol on Nice Man and Germany, but they are contemporary and still original. Their sounds are familiar but interpretations of their influences rather than imitations.

Idles are the real deal. The riffs are hefty, the drums are nigh on perfect and the vocals are strong and intelligent. But, enough blabbering, you might think we’re talking shit. Opinions are like arseholes and we have a few of them.

Judge for yourself. Janaya Pickett