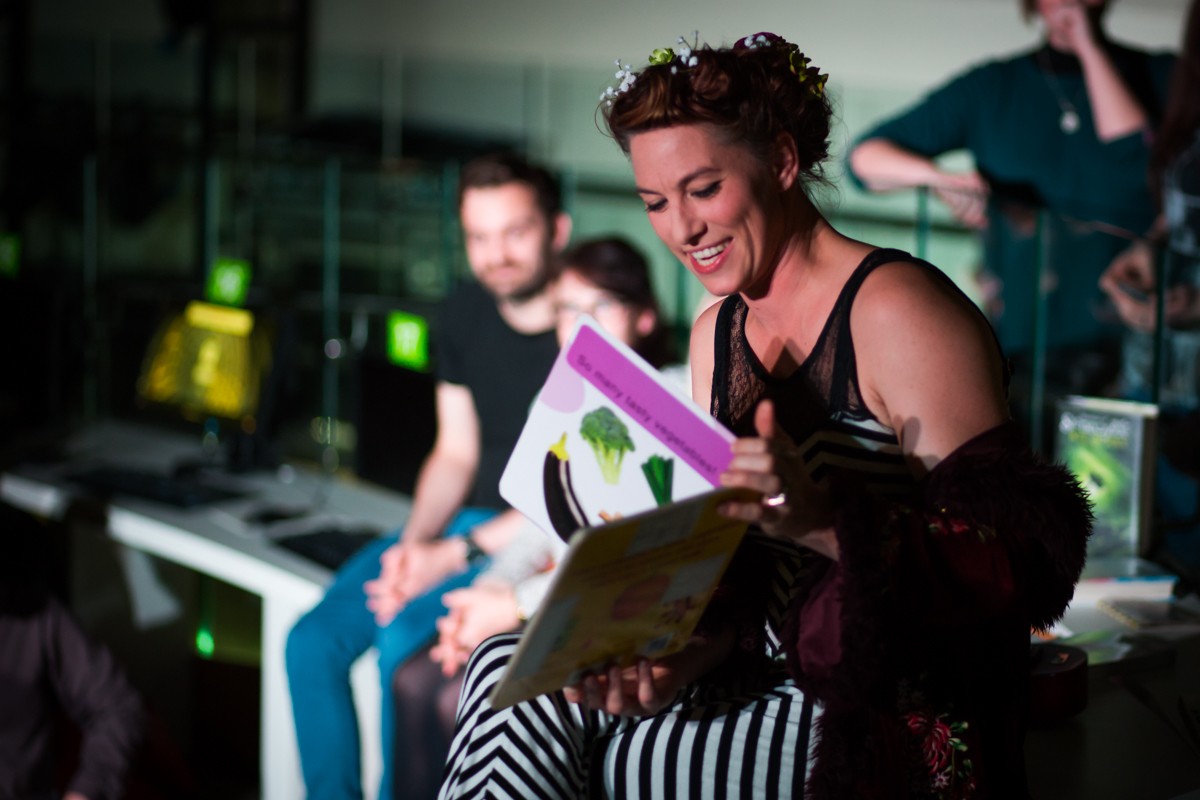 Amanda Palmer does The Beatles, story books and more at Liverpool Central Library and brings Getintothis’ Lorna Gray to tears.

Once a living statue busker, theatre marvel Amanda Palmer is now a worldwide renowned musician and writer. With successful solo albums under her belt, beautiful tributes to David Bowie and Prince, and more collaborations than you can count, it’s not a shock that her unexpected tour of intimate venues was a sold-out affair. As part of the Get it Loud in Libraries programme, Amanda Palmer came to Liverpool Central Library to play to a wide-ranging crowd of fans.

With everyone’s eyes fixated on the stage awaiting her arrival, Palmer slips into the room nonchalantly, holding her trusted ukulele by her side and tip-toeing her way through the crowd in a mischievous manner. She begins to slowly strum some chords softly on her ukulele and the room falls completely silent. An immediate enchanting presence, as all spectators focus their attention on an impish Amanda who wears a telling grin. She picks her position atop of a bookcase full of children’s picture books – and insists on the aid of two audience members to take her decided seat before starting singing her mood-enhancing single, In My Mind. Fitting for the setting, the room is still silent – bar a few chuckles at her whimsical lyrics – and unaided, without any amplification, her ukulele and sweet voice fills the room effortlessly. Only a few moments into the event and it’s already promising to be a captivating two hours.

Amanda seems excited and giddy at the prospect of this unusual venue, and asks a fan to pick a book out from the shelves she’s sat on, which she reads to the attentive audience sat on the floor before her. After an informative and comical reading from a book about “yummy vegetables” with the necessary addition of a few f-bombs, Palmer finally takes her position on the stage sat in front of her piano. She glances at her set list and her expression turns from one of excitement to one of exasperation – in keeping with the quirky personality she’s famed for, she decides to allow the audience to choose her songs. The first request is Astronaut, and without hesitation, Palmer passionately slams her fingers on the piano, playing the fast intro consisting of short and brutal notes.

Check out this week’s gig guide

A number of requests that ranged from her 2008 track Leeds United, to the 2013 The Jeep Song – played reluctantly after it was explained that she struggled to remember lyrics and key changes – made fans feel a certain intimacy to the artist. It’s easy to feel so distant to those performing on stage before us, with smart phones often becoming a barrier between fans and artists – but in a small setting with only 250 in the crowd and with her charming human nature, one that makes mistakes, it allowed those watching to view Amanda in a more personal light. Particularly when a fan helped her remember which key a song was in, and she called her a nerd for knowing.

A captivating rendition of her Dresden Dolls song Delilah with the added vocal talents of her stage manager Whitney suspends the requests as Amanda then takes the reigns of her unpredictable show and decides to play a cover. After explaining she last played Nick Cave’s God is in the House in a church, she wanted to perform a song connected with books or writing, to compliment her setting in a library. She decided on paying homage to The Beatles by covering a beautiful piano version of Paperback Writer, which she learned a few hours previously in her sound check.

Conforming to the intimacy of the evening, Amanda voices her opinion on the importance of artists introducing songs before playing them, giving them meaning and making the live experience all the more special. She then goes into detail about the story behind her song Trout Heart Replica, before singing the lyrics with passion and commitment, allowing an already engaged crowd to take a peek inside the mind of the artist they admire.

The night is drawing to a close, not only to the disappointment of the audience, but to Amanda herself who seems to dread the idea of leaving this library room. She picks up her ukulele and sits cross-legged on the edge of the stage, and plays Bigger on the Inside. A raw and naked rendition, just her unamplified voice singing powerful, gut-wrenching lyrics accompanied by the modest monotonous strums of her uke. The room is silent and still. A few tears fall down Amanda’s face at the song’s finale, and it’s almost guaranteed that hers are not the only eyes blurry with emotion.

A spectator stands and hugs her for comfort, while another hands her a tissue. Apologising for being moved by her own lyrics, Amanda decides to finish the evening with an upbeat, optimistic song. She starts playing fast, jaunty piano chords and finishes her set with an almost comedic version of Dresden Dolls’ Coin Operated Boy. 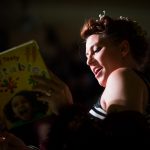 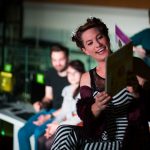 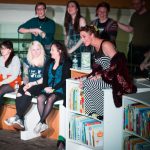 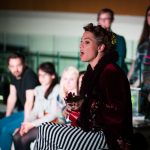 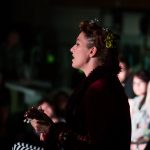 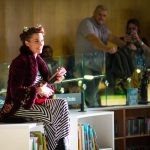 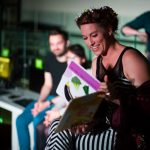 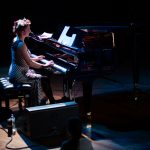 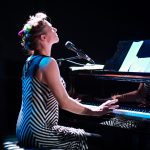 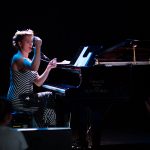 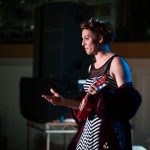 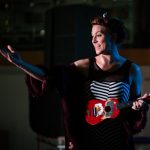