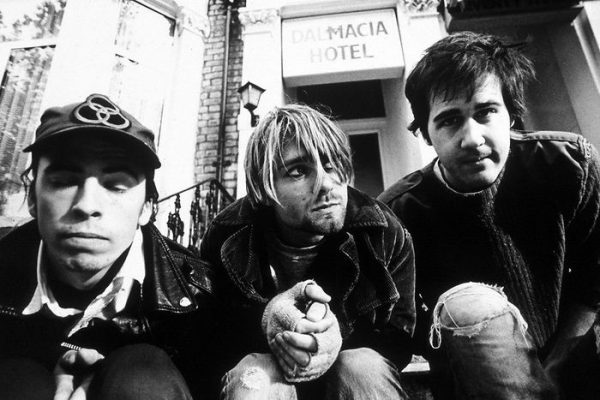 Grunge wasn’t all greasy hair and Converse and Getinthis’ Joe Giess picks his ten of the best.

Grunge is a dubious moniker that alludes to the epoch of the ‘Seattle Sound’. A term popularised by Sub Pop founder Bruce Pavitt to describe the new hot topic on the labels roster – Mother Love Bone, but what does it mean and more importantly; what does it stand for?

For some, the brief movement could be dismissed like the flash-in-a-pan Seapunk, but it heralded a new burgeoning tide of idealism; bands that spoke of feminism, anti-consumerisim, liberalism, and a vehement rejection of the corporate ideology. Although strangely while a dearth of musical similarities are apparent, thematically they shared issues as a new wave of angry young males, it was the punk revolution for a new breed. The grunge army wanted to rip the ‘boys only’ sign off the dressing room and cut out the money grabbing middle-man, but nobody realised it would chime so resonantly with a disaffected morass of Gen-Xers who felt career-less in McJobs.

Across the board, the genre looked askance at the LA glam-metal hairspray scene of Skid Row, Motley Crue and Poison, which in turn, abolished the ostentatious music that wore narcissistic misogyny proudly for good, and looked back for a different influence to classic rock like Led Zeppelin and sought to fuse it with the venom and philosophy of punk rock for a generation that both wanted, and needed it.

In its place, was a new block of musical history and a different song was heard; Soundgarden brought something like quasi-existentialism on Superunknown, Nirvana & Riot Grrl worked long and hard for a female voice to be heard in music and later on Pearl Jam waged a war with monopoly company Ticket Master.

Back in the early 90s it wasn’t just the media circus that adopted the new trend, but even ripped jeans and flannel shirts became vogue. With it’s anti-consumerism and punk aesthetic, Grunge itself became bewildered. It had a sprawling ancestry for differing bands; for some it’s a culmination of the explosive punk rock and hardcore scene that had been boiling in the underground. SST record roster and it’s associates – Husker Du, Minuteman and Black Flag that remained resolutely underground, but it couldn’t be controlled anymore.

It’s clear to see that whether it’s to be the metal tinged brooding of Alice In Chains or the political crooning Eddie Vedder. The riff heavy, fuzzed out guitars and blood curdling screams, resurrected the idea noble savage again, with it’s anti-solos in its music and with its new ethos, aesthetic and idea to the nineties individual. So, to close off the preamble, here comes a list  that focuses mainly on core artists of the ‘Seattle Sound’, so although Riot Girl and fringe Grunge artists like Smashing Pumpkins and Babes in Toyland were great, they just didn’t fit the bill.

Grunge’s best kept secret, Tad gets name-checked on every nineties fanboys list, for either their efforts on Inhaler or Salt Lick/Gods Balls. This jilted, riff-heavy sonic assault  gets every bone sombrely swaying on an authentic piece of Grunge is produced by behind the scenes legend – Jack Endino.

Courtney Love – The woman everybody loves to hate and hates to love. Forget for five minutes that you haven’t heard of Nirvana and look at Hole independently and their unbelievable records. It’s a tentative insertion but I think one that’s well deserved. Hole in their own right transcend genres across their albums from their vicious Pretty On The Inside to the immaculate Celebrity Skin. Courtney Love is a undeniably a force to be reckoned with in her own right and this anthem deals with the kidnapping and dismemberment of a woman.

Coming from the brainchild behind Seattle sound staples – Badmotorfinger and Superunknown. Chris Cornell is a pillar of Grunge and his a curious catalogue following on from his Soundgarden years. This tune of nostalgic taken is taken from the slightly cringe inducing blocker-buster ‘Singles’ which itself is an apt representation of Grunge itself by director Camera Crowe and sports such bands as Mother Love Bone & Screaming Trees on the soundtrack.

That’s right, it’s a grunge that’s not actually from Seattle. Not even from the Northwest! Big self-deprecating and introverted singles Creep and Plush off Core are a must-listen that secured them a grimy position in the grunge legacy, but this tune comes from their second album and sees Scott Weiland and co evolve and into a more psychedelic and mature offering, but still tackling themes of deceit and addiction.

Melvins are debatably, and controversially a fringe artist for Grunge, with elements of hardcore/drone/sludge in their breed of weird out vomit inducing fringe grunge. Although Ozma is the 80s classic Houdini is like a pack of wolves ripping at your face with tune, after tune. With the Pixies/Nirvana formula of quiet verse and big chorus Lizzy delivers like a shotgun going off..

For such a transient genre, Seattle managed to squeeze out two supergroups, Mad Season is a one off album outfit created at the tail end of the Grunge mania. It brings together Mike McCready, John Saunders and Barrett Martin in an attempt to keep Layne Staley sober. Staleys album art deco album art is pretty spectacular itself but another highlight off the album is a duet with Screaming Trees’ Mark Lanegan – Long Gone Day.

We lied again, Riot Girl group L7 have made it onto the list, this fusion of melodious and catchy riffs with the vicious vocals by Donita Sparks make this an anthem in it’s own right, signifying a new tide coming in and a new dawn of feminism. Bricks Are Heavy achieved chart success and Pretend We’re Dead even made it onto the Grand Theft Auto game. Music sensibility aside, L7 will be in rock & roll history for the 1992 Tampon/Reading incident – google it for a good watch.

Grunge has got some of the most varied and spectacular voices in it’s canon, and Eddie Vedder is one of it’s finest examples, like a crooning Jim Morrison his vocal delights go hand-in-glove with the epic guitar style Mike McCready. The song of haunted and aliented school friend of Vedder’s suicide is a perfect representation of the classic rock & roll on Ten.

Alice In Chains, a band with numerous stages, but on Dirt they attained chart glory with anthems like Rooster, Down In A Hole and Would? with bluesier variation of Grunge thanks to Jerry Cantrell’s guitar work and Layne Staley‘s voice that’s like animal sobbing in the night. With copious figures in the scene falling victim, or under the spell of heroin within the grunge circuit, it feels like the accurate and harrowing representation of Layne‘s experiences from Alice In Chains third album is appropriate with Sludge Factory, taken from the Unplugged session.

Undeniably the poster boys of Grunge thanks to timeless capabilities of Nevermind, and arguably the last immortal Rock & Rolls last rockstars. Smells Like Teen Spirit cemented Grunge as a movement and not just flannel shirts wrapped around the waist and blowing in the wind. This jangling and stabbing tune is co-written by all three of the gang about love, loss and again.. heroin. You may think of that any of the singles, from any of the albums would be a good reflection of Nirvana, but Cobain‘s desperate other-worldly screams juxataposed with the eerily creepy call and response back up vocals from Dave Grohl are a perfect reflection of the pop/punk fusion, and Grunge itself.

For extra listening and viewing: My Sisters Machine, Temple Of The Dog, Screaming Trees and epic documentary – The Year That Punk Broke.