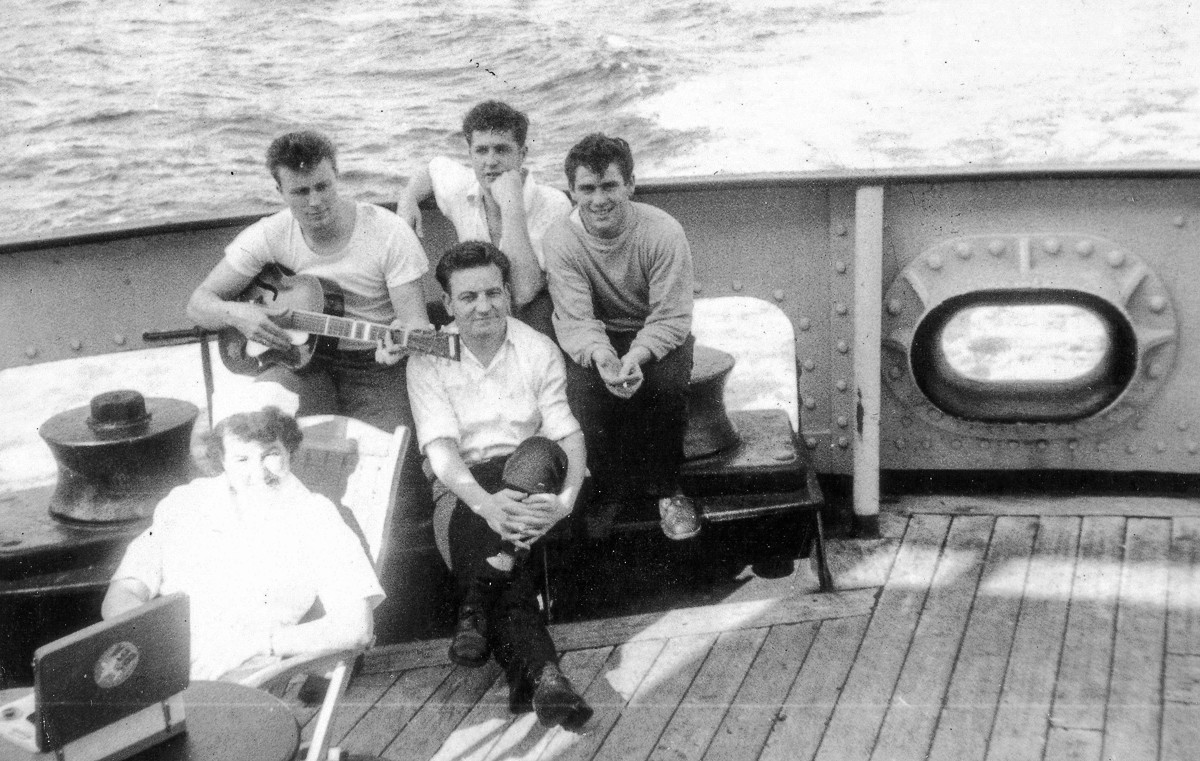 As Harry Stedman and the Cunard Yanks photography exhibition comes to The Shipping Forecast, Getintothis’ Paul Fitzgerald evaluates the impact on the city’s musical and cultural history.

Late 1940s Liverpool mustn’t have held much opportunity for its youth. Battle-scarred, the landscape peppered with bomb craters, whole communities scattered, the city had been pretty much left to drag itself up, dust itself off and start again.

In the picture houses across the city, the vision of another world outside of the city supplied by the Hollywood stars of the day, gave some young people a touch of wanderlust, an urge to leave, to find new adventures in far off lands.

And so it was that Billy Harrison, and 25,000 others decided to seek these new opportunities aboard one of the many Cunard ships making the six day crossing to New York, the new world, two or three times a week. The Merchant Navy had become the passport to a new life for these inquisitive young Liverpudlians, and Billy, after serving 18 months in the Royal Navy, signed up. He was 18 years old. In the years that followed, the Cunard Yanks (as they would come to be known) would help shape the musical and cultural heritage of the city in ways they could never have imagined.

The Next Stop New York project was set up to celebrate and commemorate the connection between Liverpool and New York via the Cunard Line. The stories of lives lived on those ships and ashore, and the influence that connection has forged onto the city’s musical landscape. For as well as fashions, the tailored suits and shirts, the Tony Curtis haircuts, the Frank Sinatra hats, the style and cool of 50s American fashion, they brought something that couldn’t be found in the music shops, clubs and dance halls of Liverpool. They brought American records. Country, Blues, RnB, Jazz and Rock n Roll records. In fact, Billy himself originally joined up because of the music. 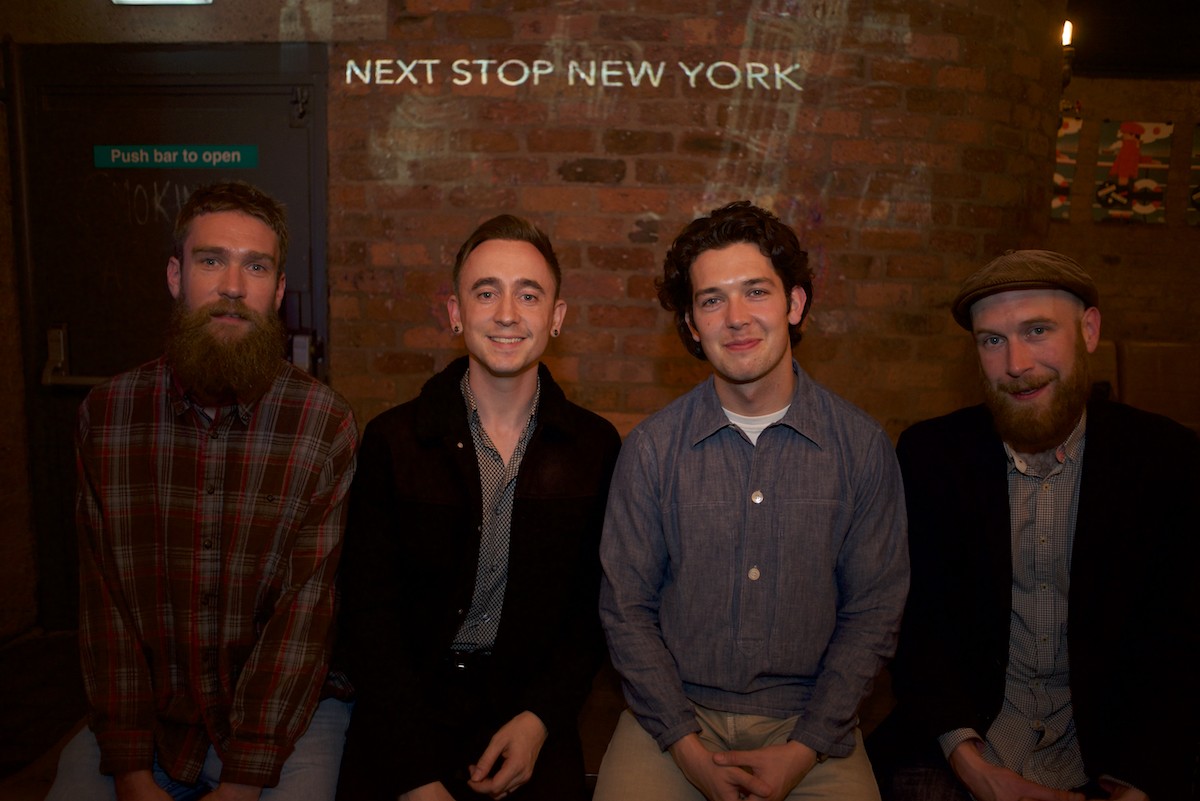 “I was walking down the road where I lived in Bowring Park, and as I walked past this house, there was this sound I’d never heard before, this music…so I sat on the wall and listened…eventually, the man who was playing the music, a seafarer, came out to see what I was doing, and I told him I was just listening to the music, I’d not heard anything like it before, he invited me in, and played me some more…it was wonderful. This was Country music, and I was listening to Hank Williams”

All through the ’50s, this incredible music flooded the city, seeping into the consciousness of a youth so keen to experience the outside world, the sights and sounds of America. To the youth, growing up in stern, frugal, post-war Britain, the music, these clothes and lifestyle will have seemed like some technicolour utopia, where the sun always shone, the music played, and everybody looked like a film star. 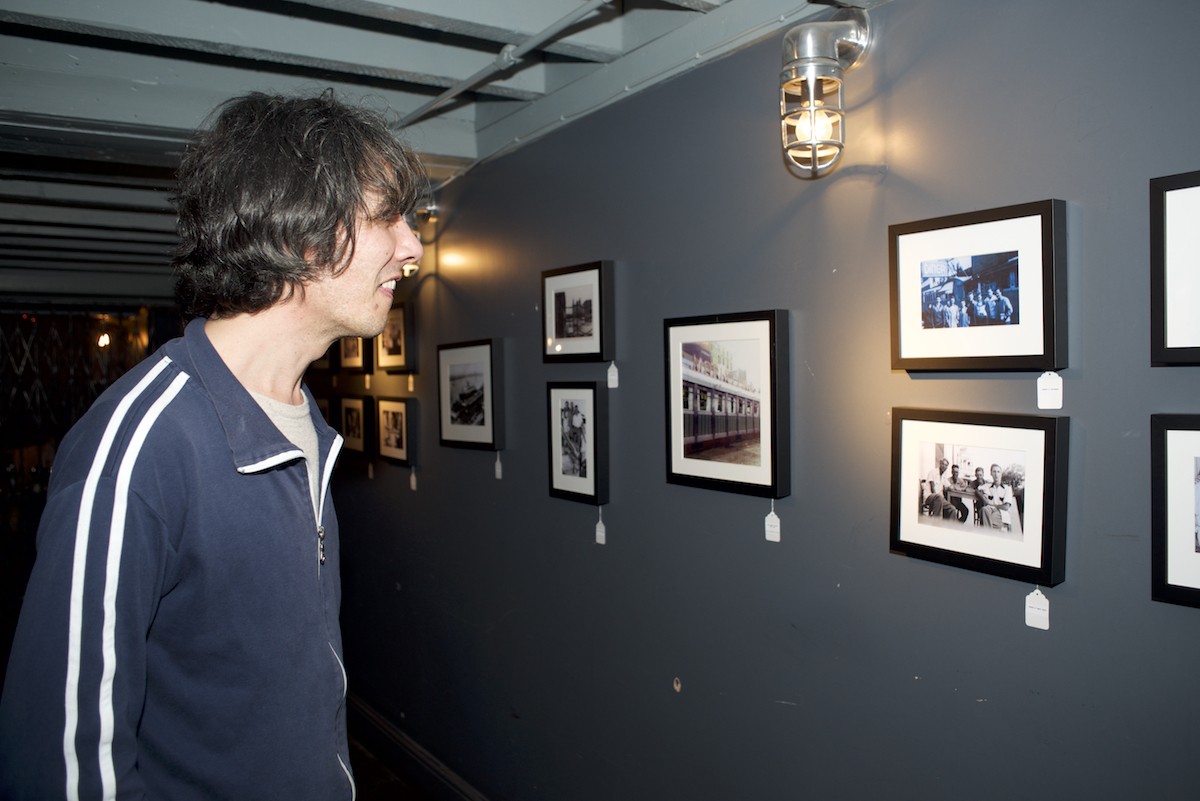 Edgar Jones at the Harry Stedman and the Cunard Yanks exhibition

“It was, it was like technicolour” says Billy. “ We’d come from Liverpool, a very grey and dark place, we’d step off the ship, go ashore, and here we were in New York, with the sights, the noise, the skyscrapers…it was another world to young lads like us, we couldn’t believe our luck”

They immersed themselves into this world, into the culture, and the style, buying the clothes, the records, greasing their hair back, and to all the world, certainly to the people back home, they’d look like Americans, hence the nickname. They’d come home, off the ship in all their US finery, and they’d head off to dancehalls like the Grafton, loving every minute of the attention.

“We were poseurs….peacocks. We’d be there in the Grafton, smart suits, button down shirts, we’d all knock about together, we even had our own area at the side of the dancefloor … they called it Yankee corner” Billy remembers.

The records started to be collected, shared and swapped around town, the younger kids would ask them to bring back more each trip, and pretty soon a whole scene started developing around it. The influence of these records and the various styles of music on offer, mainly by black artists, together with similar influences coming from the GIs at the US Air Force base at Burtonwood, would eventually form the basis of the Merseybeat scene, and the rest of that story is well told. But its effect globally cannot be denied, and in many ways, the city is still benefitting from these influences, these crucially important times for our culture. 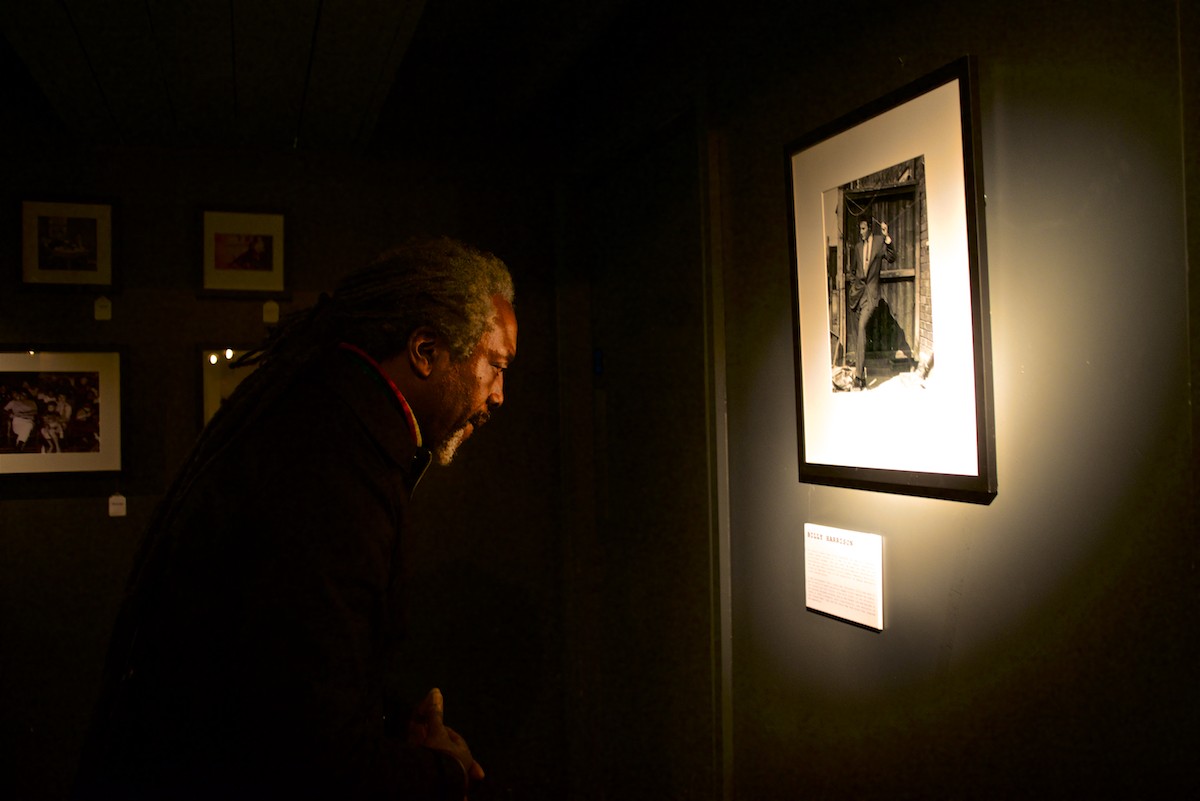 Levi Tafari at the Harry Stedman and the Cunard Yanks exhibition

One record in particular that arrived on the Mersey’s  landing stage back then, was an album by the black American singer Roy Hamilton. He’d had a hit with his version of You’ll Never Walk Alone from the soundtrack of the film Carousel. Gerry Marsden had heard this version, before working it into The Pacemakers‘ set. In Summer 1963, he presented Bill Shankly with a copy of the recording of it he was about to release. Again, the rest, at least for the red part of the city, is history.

And it wasn’t just clothes and records. Billy was involved in bringing the city’s first jukebox back from the States, and there were instruments too. Billy remembers one guitar in particular.

“It was a 1959 Gretsch Duo Jet, and it was owned by a friend of mine, a brilliant musician called Ivan Haywood. He was an incredible musician, he could play absolutely anything, such a talented man, I hated him!” he laughs.

“Anyway, in 1961, Ivan told me he wanted to sell it, and the word went round town that it was up for sale for £90. Not bad for a $310 guitar. This skinny young kid in a black PVC jacket and jeans turned up to look at it, and decided he wanted it. But he only had £70. We got him to sign an IOU on the back of the original sales receipt for the guitar. He signed it G Harrison, and Sotheby’s told me that once they became famous in 1963, he signed his name George, so it’s quite rare. Oh, and he never paid the other 20 quid either!”

Since he was very young, Billy Harrison always had a keen interest in photography, and he catalogued his decades as a seafarer in stills, and in 8mm movies from a cine camera he picked up in 1952. Over the years, he’s built a massive collection of hugely evocative images from his travels, and it is this collection which forms a major part of the new exhibition, currently on show at The Shipping Forecast until October 28.

“I just took my cameras so I could show my family and friends where I’d been, and what I’d been up to, now I’m told what I have is this important archive, which I’m more than happy to share with people. I get requests from everywhere, the BBC, Granada, Liverpool Football Club, and its great to be able to show people these pictures, and some of the stories of our happy days on the ships”

Harry Stedman was a Cunard Yank for a good few years, and another who willingly fell under the spell of American culture. He eventually came ashore, got married and had children. His son went into fashion design, and launched the Harry Stedman clothing line inspired by his father’s photographs, basing his ideas and collections on the deck clothes of the Merchant Navy seafarers, the dockers, and the classic US Ivy League look. The exhibition features many pictures from Harry‘s collection, and is supported by the Harry Stedman clothing line.

This fascinating collection of images evokes a time of huge influence on both the city, its music and fashions, where the youth of this west-facing port city sought their future through new adventures. Inspired by the sights they saw and the music they heard, they brought those memories home and played an undeniable part in making Liverpool one of the most important musical cities in the world.

Harry Stedman and The Cunard Yanks, a free exhibition, is at The Shipping Forecast until October 28. 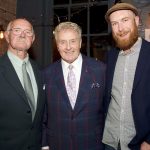 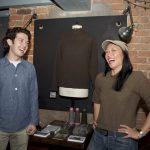 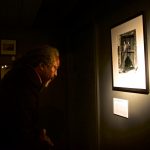 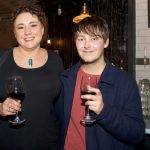 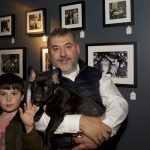 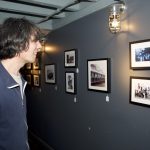 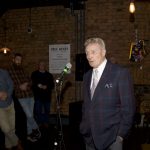 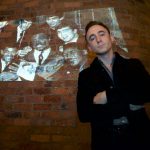 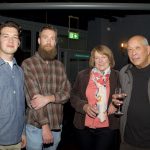 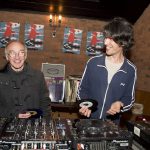 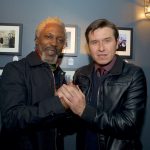 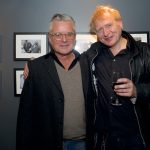 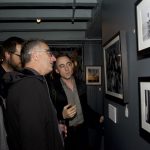 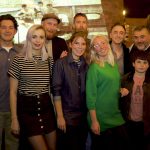 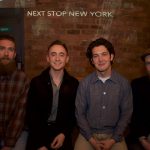 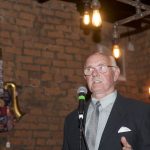