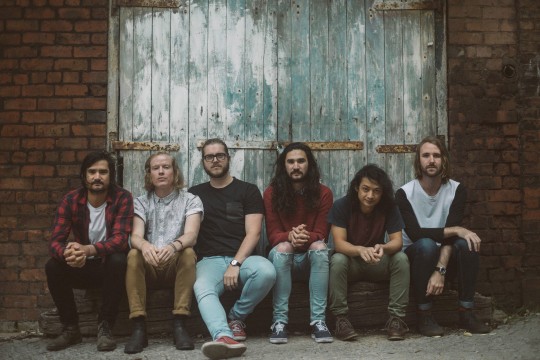 Episode #104 of Unknown Pleasures takes in alt-rock from Leeds, dream pop from London and Australian indie-rock all courtesy of Getintothis’ Mike Stanton.

Feel is the lead track for Leeds band Hope and Social’s new album of the same name.  It’s as light, bright and fresh as it is big, ballsy and bold. This band comes across like Elbow having a tea party with The Polyphonic Spree. There’s a lot of joy and laughter and as their name encapsulates, much to be hopeful and social about.

As well as their trademark melodious wizardry, the guitars, pianos, organs, brass, bass, drums and those voices they chuck in analogue synths, 90’s handclaps, brass, coffee mugs, ukuleles numerous home keyboards, a concert xylophone (rescued from a garden), a sampled elephant and even (so I a reliably informed) a helicopter.

Feel is out now.

Daniel Land has announced the forthcoming release of his In Love With a Ghost LP, probably his most complicated and textured record to date. The first single from this release is New York Boogie-Woogie, along with a video based on footage Daniel Land himself filmed in New York.

New York Boogie-Woogie showcases Daniel Land’s trademark dream-pop and ambient sound, something he has been exhibiting for nearly a decade, having developed a unique blend of dreamgaze and confessional songwriting.

Land explains, “I came full circle for a while by incorporating a whole bunch of influences that pre-date my love of dream-pop and shoegaze. I really wanted to make a colourful, widescreen, detailed record. When I started the album, I didn’t have a live band, and most of the tracks were written on the piano, for my own amusement, rather than for a group with three guitarists.”

In Love With a Ghost LP will be released on November 25.

Australian six-piece FAIRCHILD are set to continue their string of 1980s musical praises with the release of trailblazing new single Relevance – an intoxicating pastiche of new wave and dance rock bombast, masterfully captured and re-polished to a 21st-century sheen.

Interlacing austere guitar riffs with murky synths and an uncharacteristic tenor croon from singer Adam Lyons, Relevance revs its engines and spins its wheels before leaving the listener in a haze of scorching rubber and desert dust.

Channeling the restless groove-ability of Talking Heads and the dance floor sensibilities of INXS – FAIRCHILD have captured a sound that shines, glistens, and rocks.

Relevance is released on November 12.