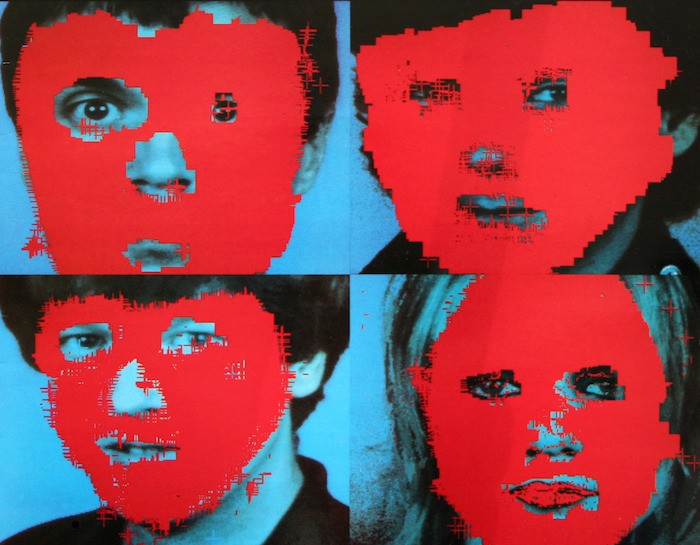 With Talking Heads’ fourth album Remain In Light turning 35, Getintothis’ Will Neville revisits its impact and what it still means to him and the music world today.

This album was widely acclaimed on release, but I didn’t encounter it until about eight years later when music started to take hold of my life.

Talking Heads were one of a few crucially important bands that my best mate at school and I discovered in the sixth form that have stayed constant companions ever since, along with The Fall, Pere Ubu and Wire. Other discoveries of the era, like Bauhaus, The Sisters Of Mercy and Japan have aged considerably less well.

Our first exposure was to Don’t Worry About The Government from their debut album, that was featured on the final ever episode of The Old Grey Whistle Test on New Year’s Eve in 1987, which was then an incredibly rare oasis of music on TV (when it was basically just that and Top Of The Pops).

That led us to digging into their fairly short but eclectic catalogue, which then led us to the wonders of producer Brian Eno, his former band Roxy Music and then onto the Velvets, Stooges, and on the trail went. So, the Heads were a crucial gateway into wonderfully inventive, vital music from what then seemed the distant past.

Somehow, sticking a tape (yes, it was cassettes for me back then) of Talking Heads on brought a whole heap more to my ears than Balaam And The Angel, The Housemartins or Lloyd Cole & The Commotions, which started to gather dust in the box.

This album in particular opened my suburban white boy ears and eyes to a whole other world of music, as it incorporated influences from hip hop, (loads of) funk, African and Middle Eastern music, to name but a few.

Following the success of Fear Of Music in 1979, Talking Heads went their separate ways, with lead singer David Byrne recording the masterpiece My Life In The Bush Of Ghosts with Brian Eno, while Jerry Harrison produced an album for Nona Hendryx.

Meanwhile, drummer Chris Frantz and bassist Tina Weymouth holidayed in the Bahamas, with the rest of the band joining them there to work on what was to become the last album in their Eno-produced trilogy, with more recording later taking place back in the USA. Eno had initially been reluctant to work with the band again, until he heard the fruits of their first few weeks in the studio.

One of the ideas behind the album was to counteract perceptions of the other members of the band as mere faceless back-ups to Byrne. Many extra musicians were also used on the album as they experimented with African polyrhythms, with Eno running the sessions at such a fast pace that engineer Rhett Davies quit, to be replaced by Steven Stanley.

The instrumental tracks were mostly recorded as samples and loops, rather than completed songs, with the vocals added at the end.

While Byrne was struggling to write the lyrics, Adrian Belew was brought in to add extra guitar. Byrne built up the words from scat singing along with the backing tracks, with Nona Hendryx then recruited to add backing vocals, often singing in a trio with Byrne and Eno.

The album was completed in August, and released on October 8 – those were the days when a record came out straight after it was recorded, rather than gathering dust while record companies got their act together.

Opening track Born Under Punches (The Heat Goes On) has echoes of that very first Heads song I heard in the lyrics about “the hands of a government man”. It sets the record’s funk stall out early with staccato guitar and popping bass and keyboards, a natural follow-on to I Zimbra from the preceding album. The conventional The Heat Goes On chorus follows the avant garde opening half as the track stretches out to nearly six minutes.

Crosseyed And Painless is as funky as hell and also heavily influenced by the then nascent hip hop genre, especially Kurtis Blow’s The Breaks (the first rap single to be certified gold in the US) in the song’s extended, humorous pseudo-rap about the unreliability of facts. It was released as a promo single in the US, rising to the Top 20 in the dance chart across the pond.

This song would have been many (white) people’s introduction to hip hop, as it was released a month before Blondie’s Autoamerican that included Rapture, a huge hit in early 1981. The song musically foreshadows Once In A Lifetime, while also nodding lyrically towards Seen And Not Seen.

There was an intriguing video to the song choreographed by Toni Basil that featured street dancers doing their thing, and none of the band at all. Most of the band’s videos are quirky, subtly innovative and generally unlike the standard MTV fare of their contemporaries

The first side concludes with the runaway groove of The Great Curve, taking the funk to a whole other level again. It features Belew’s wild synthesiser-treated guitar at the end, African-inspired percussion, and brass intervals. The key line “the world moves on a woman’s hips” was inspired by Robert Farris Thompson’s 1974 book African Art In Motion, but could just as easily come from a Fela Kuti track.

The big hit off the album, Once In A Lifetime, starts the second side, with its lyrics borrowing from evangelical tirades. The off-kilter feel is generated by the band members playing to two different rhythm counts. The song originally went under the name Weird Guitar Riff Song before a second riff was added, and long before the lyrics were written.

While the single reached #14 in the UK chart, it amazingly managed to avoid breaching the Top 100 in the US entirely. Jerry Harrison’s buzzing Hammond organ at the end was inspired by The Velvet Underground’s deathless, chugging classic What Goes On.

Houses In Motion has a Middle Eastern feel and features several brass interludes from Jon Hassell, who had worked on My Life In The Bush Of Ghosts. This was also put out as a single, only reaching number fifty in the UK. Seen And Not Seen has a bizarre set of lyrics about a man willing his face to change its appearance, but is rather a low-key lull in proceedings.

Listening Wind also has strong Arabic influences, and was later covered extremely effectively by Peter Gabriel on his Scratch My Back album of covers. This remains a highly relevant song, with its tale of anti-American terrorism/freedom fighting.

The album closes with the brooding The Overload, which was apparently the band’s homage to Joy Division, although they had actually not heard the band at that point, working only from what they had read in the music press! The lyrics seem to be a stream of consciousness that don’t make any obvious sense, while the drums are the part that most recall Factory’s finest.

Fortunately they changed the name of the album from its working title of Melody Attack, which would have been rather naff, although this was the basis for the computer-designed artwork created by Weymouth and Frantz with the help of the Massachusetts Institute of Technology and design company M&Co.

An early example of the now common multimedia nature of album releases was seen when Byrne included a bibliography with its press kit. Sadly, seeds of the band’s demise were germinated in a row over composing credits, with “David Byrne, Brian Eno, Talking Heads” later changed so that all members of the band were listed individually.

The music was too dense to be performed live by just the four band members, so they expanded to nine musicians to tour it, including Belew and Funkadelic keyboardist Bernie Worrell, with later concerts from 1983 immortalised in the Stop Making Sense live album and Jonathan Demme film, complete with that iconic big suit.

The album received widespread critical acclaim, being named album of the year by both Melody Maker and Sounds, a rare critical consensus. It peaked at just number nineteen in the US and 21 in the UK. However, these days it is widely accepted as their finest album and its influence can be seen everywhere in music.

Most clearly, it can be seen as paving the way for so-called world music to be accepted, and spreading funk into white America. WOMAD was launched in the same year as this album came out (with founder Peter Gabriel doing his own exploring in similar areas as Talking Heads), with its first festival taking place two years later.

It is also hard to imagine that Paul Simon’s Graceland, Sting’s solo career or The Lion King would have been such massive hits without Remain In Light paving the way, but please don’t hold that against it.

The album still manages to sound like pretty much no other album from its time or since, despite its heirs. Radiohead named themselves after a track on the Heads’ much less impressive True Stories album, while U2 followed the Eno path in their slightly less mainstream moments, to far less effective ends.

This innovative album remains a cornerstone of my record collection, and take a significant place on the shelves (virtual or otherwise) of anyone interested in music that merges influences from outside the traditional English and American sources.