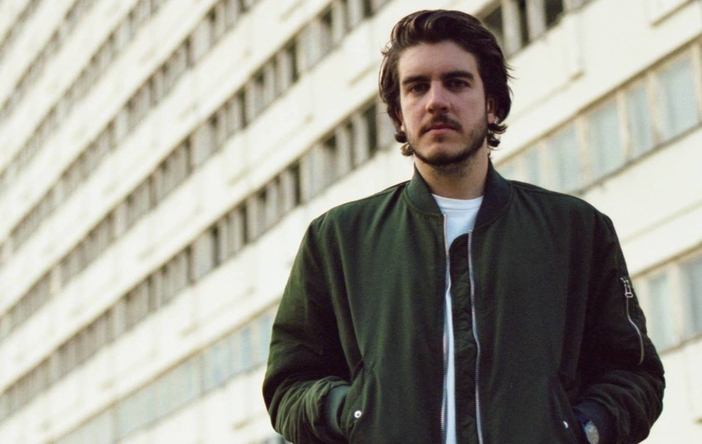 As we draw the curtains on 2016, Getintothis’ Ste Knight has a gander at what December has in store, and what fruits the emptying of Santa’s sack will bear.

So, that went quickly didn’t it? 2016, we mean. Flew by in a complete whirl. Whilst it wasn’t without it’s faults (some pretty atrocious) , the year for electronic music has been pretty special.

We’ll be discussing the past year in significantly more detail in our 2016 dance round-up next month, but for now let’s take a look at what December has got up it’s wintery sleeves. There’s been some great albums and singles this month, but our dance ed has the unenviable task of picking the best from a strong bunch.

We’ve got music from Illum Sphere and Real Gone Kid, plus some absolute belter nights out that will make sure you’re ready to stuff your grid with turkey and roasties come Christmas Day.

Album of the Month 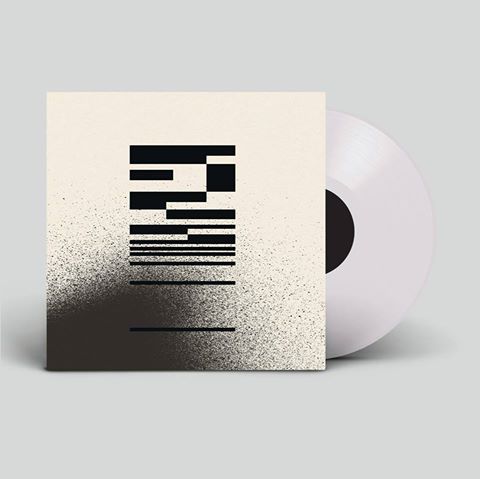 Ryan Hunn, AKA Illum Sphere, has been a busy chap since the release of his 2014 album, Ghosts of Then and Now. It would seem he has developed a maturity way beyond his years in terms of musical prowess, since his move to Berlin, and there’s no stopping him now.

Hunn has just released his latest beautiful long player, Glass, and it has been met with critical acclaim. This is well deserved, as the album is a wonderful work, despite its somewhat uncomfortable nature and its tendency to leave the listener with a sense of melancholy.

While the album retains some of Illum Sphere‘s former ‘housey’ elements, in terms of beats and structure, the work straddles the line between leftfield electronica and house, and does so with incredible effectiveness. The peculiar little album is a great listen, and one which makes you really think about what you are hearing.

Hunn has eschewed the whole personal feel that was present on his previous LP, and instead we are treated to something altogether more removed from the artist’s emotion. The delivery is crisp, clean, and clinical, and there is certainly no opportunity to sit back and enter any sort of comfort zone. Glass expert;ly drags you right back out into uncharted territory as it burns slowly, revealing itself over the course of its 48 minutes.

Track of the album, for us, has to be the (vaguelly) more dancefloor friendly Fall into Water. The song fills the room with stunning layered textures, and the beats form part of this sonic soup, rather than making their presence known by floating to the surface. The track is as ambient as it is house-flecked, showcasing Illum Sphere‘s technical proficiencies to the max, as he creates a stunning soundscape for the listener to wander around.

Check out Fall into Water below.

Nights out in Liverpool in December 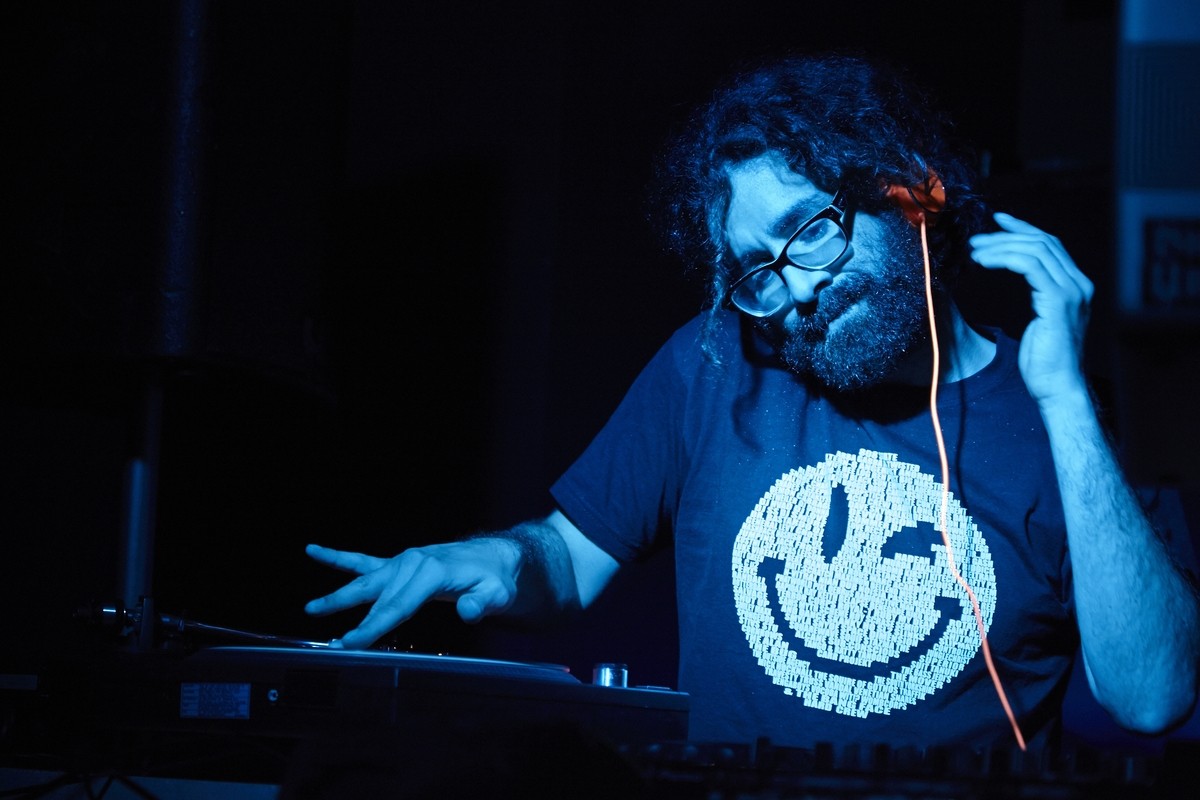 The Kazimier and 24 Kitchen Street bods have teamed up for quite the event to end the year on. December 2 sees the first night from new collective Distant Future, which rounds up a rather tantalising roster of some of electronica’s finest, for what promises to be a stomper of a night. The event starts off at the Kaz Garden, with Panoram, Jacques Malchance, Rainbow Island, Isocore, and Malacarne all bringing some leftfield loveliness to your ears.

Check out our Footsteps on the Decks archive, here

The theme continues at 24 Kitchen Street, with Raiders of the Lost ARP, Kenobit, JFrank, Büromachinen, Pierlo and Pikkiomania all preparing to take you into another dimension. Visuals are to be provided by Polysick. Expect the whole gamut as the acts span between acid, electro, and techno. Whatever, this promises to be boss. 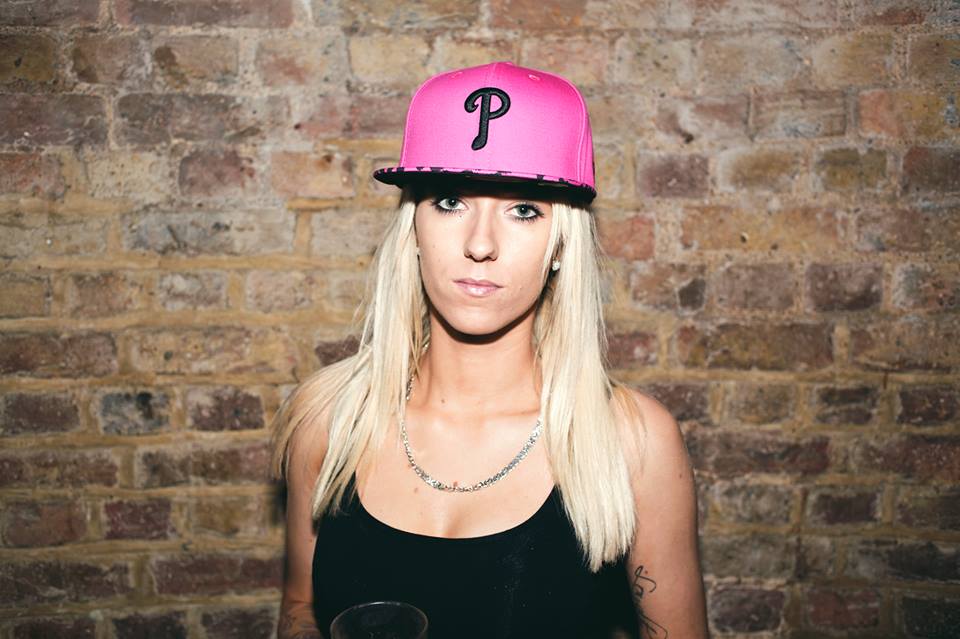 Bringing a healthy dose of bass to your chestplate, Flava D makes her return to Liverpool, undoubtedly armed with some top shottas to make sure you leng the shit outta it. Expect a killer mix of bassline, grime, and other bass permutations. Essex lad Logan Sama will be rattling the windows with his grime set on backup. He’s been making some serous waves of late so be assured of real badd ting. 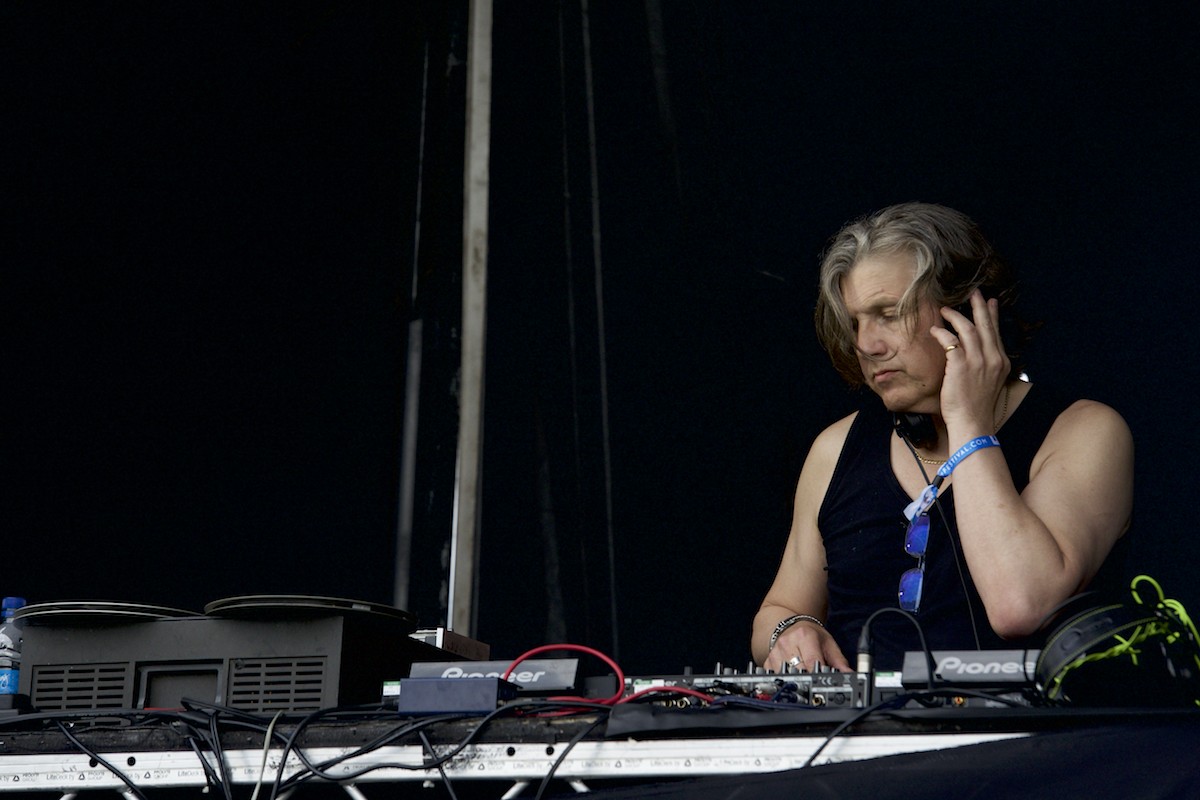 What Christmas party would be complete without a bit of Greg Wilson on the old ones and twos? None! Greg will be laying it down in Underground for Freeze‘s annual Christmas shindig. Derek ‘Degsy’ Kaye, and Autocycle will be providing support for the disco edit don.

It isn’t often we get a Psy-trance trip happening in Liverpool, so it is great to see that Soma Sonic are returning to Liverpool for some blissed out vibes. Isreali tribal 3-piece Onogana will be performing some undoubtedly chilled ear gear, while the rest of the line-up brings together some of the finest international psy-trance artists, including Phillax, Fog, Sutekh, and Psionic Entity. The visuals will no doubt be full on acid madness as well. 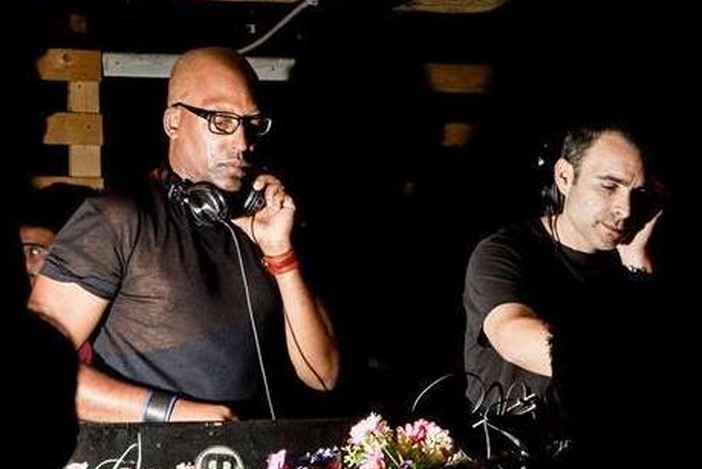 House duo Mood II Swing are in town to help Liverpool club night Hustle celebrate a fantastic 4 years in operation. The two have seen releases on the likes of Strictly Rhythm and Defected, so you know that they’re gonna be dropping some quality house music on the night. 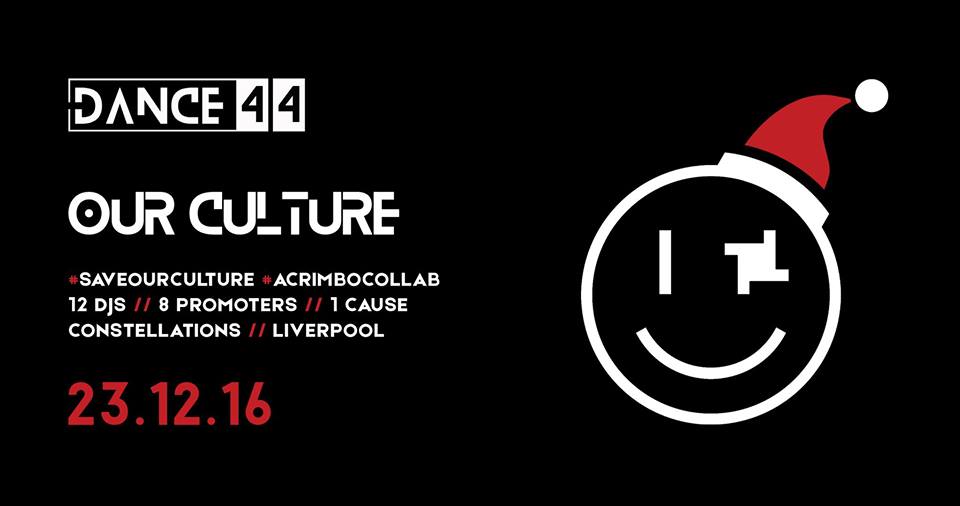 Dance 4¦4 are set to collaborate with 9 of Liverpool’s best underground promoters for the Christmas Eve-eve party to end all Christmas Eve-eve parties. The event, to be held in Constellations, features DJs from 303, Abandon Silence, Coco de Mer, Hustle, Modu:lar, Rubix, Statk, and Tribe. Keep Liverpool’s dance culture as vibrant as it always has been…#Saveourculture. 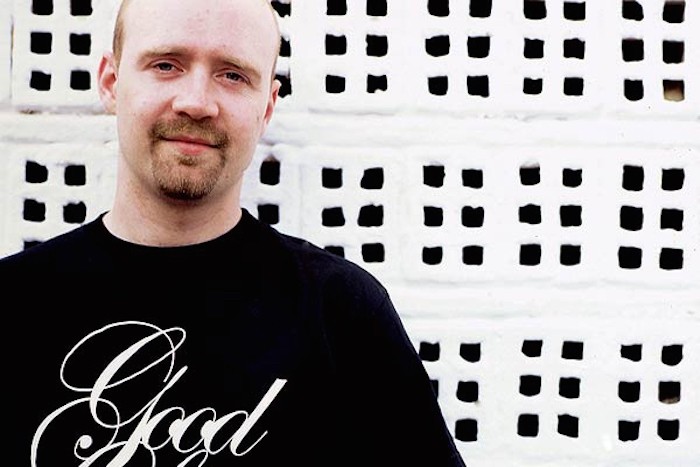 Get your teacups at the ready, because Mr Scruff is in town and he’s set to rock The Merchant on Boxing Night. Everyone should know how much fun Scruff‘s sets are by now, as he plays a mixture of everything to get the party in full swing. No Fakin‘s Illson will be greasing the wheels too, so there’ll be all sorts of break-sy badness going down. 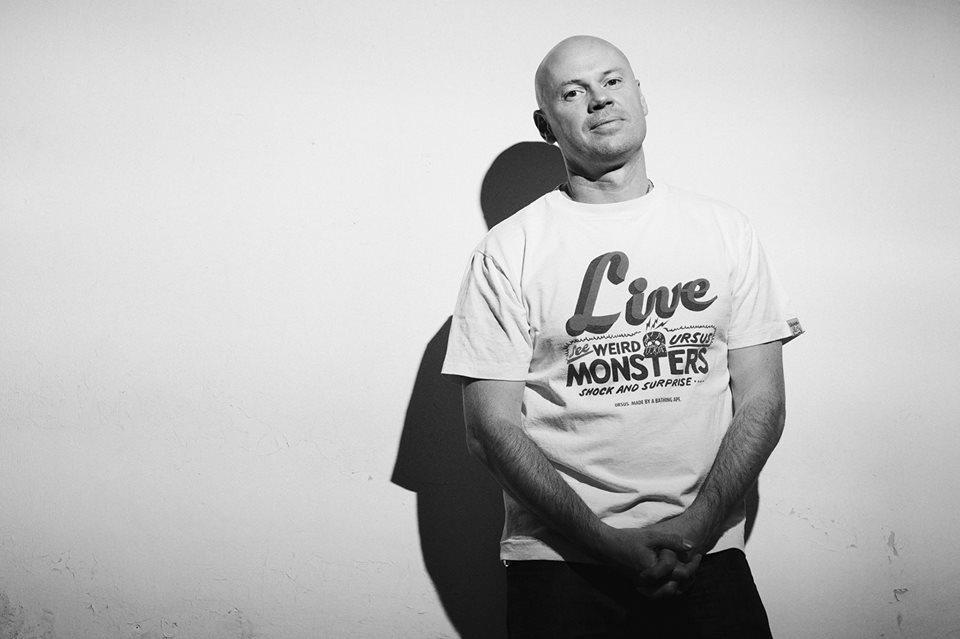 303 team up with the lovely head honchos from Selador Records, namely Dave Seaman and Steve Parry for their final party of 2016. Expect to hear some tough house and techy vibes from the pair as they help you lot bring the New Year in in style. Barber provides the warm-up, so get down early doors.

Single of the Month 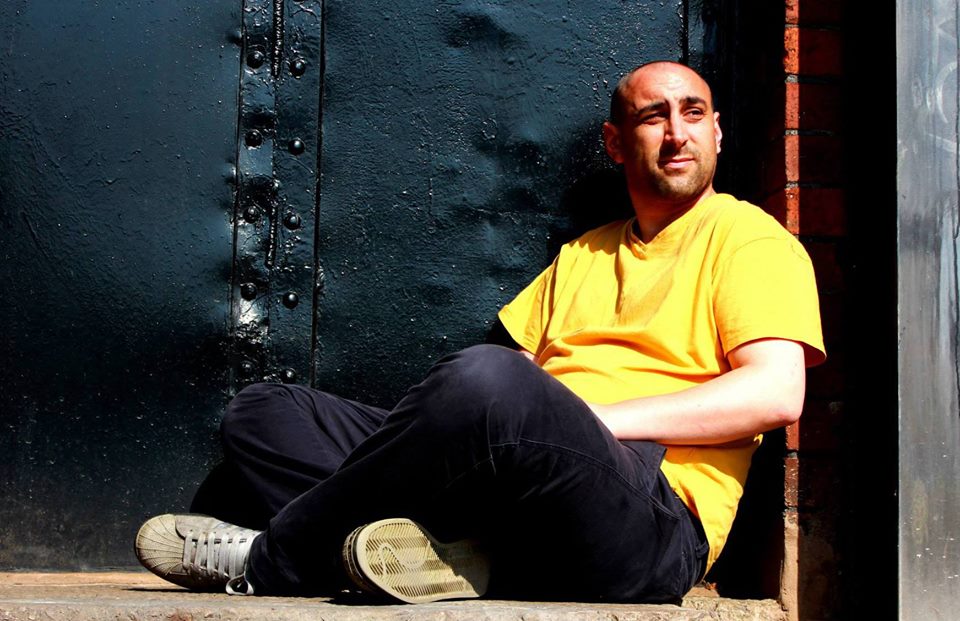 This month’s single of the month comes from Real Gone Kid, who is better known to the postman as Simon Huxtable, as he drops his latest release, Melancholia, on Sonny Wharton‘s Whartone Records.

The two tracks on the single are total proggy affairs, which build slowly, layering the sounds and textures up into a wonderously smooth melange. The first track from the single, They’re Watching Us, steps things up a little, and offers a techier sounding prog track. There’s some really luscious, throbbing basslines in the mixer, and a really sublime breakdown two thirds in.

Melancholia does exactly what it says on the tin, and does in fact instill a sense of pensiveness in the listener. This is counterbalanced by the swelling pads, which for some reason always give this writer a pervading feeling of euphoria irrespective of the title. Great stuff.