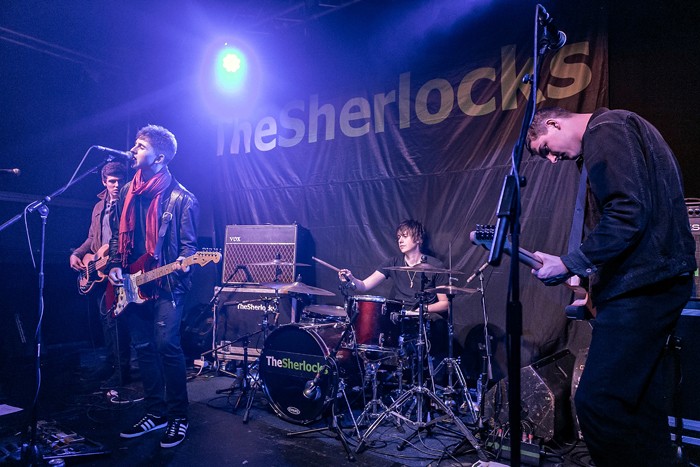 Rising Sheffield outfit The Sherlocks are about to embark on their biggest tour yet, Getintothis’ Nathan Scally has the scoop.
Sheffield band of brothers The Sherlocks have just announced an extensive UK and Ireland tour taking place over a massive 28 shows. They’re taking their cause almost literally all over, so you have no excuse to miss out.

Each year for this foursome gets bigger than the last, having already played supported The Libertines on their arena tour earlier this year. As well as some well received sets at some of the biggest festivals over the summer.

The size of the tour is testament to the ever-growing fan-base that has been snowballing ever since they first broke onto the scene. With no debut album even announced yet, the anticipation for the first full studio effort is peaking and surely on the near horizon.

Live At Leeds 2017: Top five acts to catch on this year’s line-up

Their Liverpool leg of the tour will be at O2 Academy February 11, another big show on the tour is Manchester’s Albert Hall February 10.

Their UK & Ireland tour dates are: