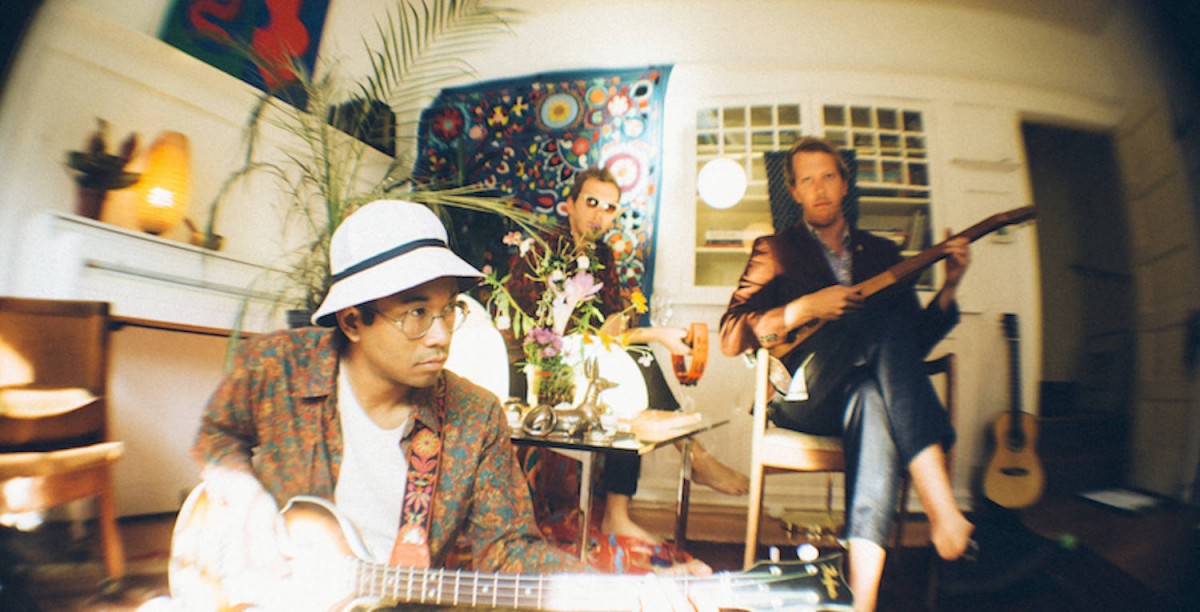 Enjoying a collaboration between identical twins and a genius producer, Getintothis’ Matthew Wood also indulges in some atmospheric lo-fi from the North and moves with the psychedelic seasons as winter encroaches.

Chaz Bundick; some of you may know him as chillwave bedroom recording producer Toro Y Moi, or maybe you caught one of his Tyler The Creator collaborations, or perhaps you heard the more rhythmic album of Les Sins which yep… you guessed it, is also Chaz.

For me it’s a match to be treasured; the talent of the twins is outstanding and for Bundick to offer such a fresh perspective on a classic sound is so typical of him, you’ve done it again Chaz!

Their album is out March 31.

Somewhere in Gateshead you’ll find a bedroom, serving as home to the atmospheric wonders of Half; a solo venture collapsing boundaries between the ambient and shoegaze worlds and nurturing them into something spiritual, something emotive, something you need to hear.

Soft Play is a moving piece that opens with a natural, organic ambience, interrupted by video game style plonks, creating an atmosphere that cleverly incorporates vastly different forms of escapism. A lo-fi ebb and flow serves as the tracks pulse while dark, quivering chords fall gently onto the surface.

When the original melodic plonks and elongated guitar screeches collide within the ambient mash, Half really blows us away with his knack for atmospherics; an all round magical track.

Moody Hartlepool quartet PLAZA make a powerful return with Youth, a track that touches neatly upon all the foundations of a cracking track, and then they dip the whole thing in a gloomy mixture for a finish that recalls the dark, driving force of DIIV and Swim Deep on a comedown.

The chorus crashes like a colossal wave and later calms to a softer, yet daunting interlude which then catapults us into the vast, angular screeching sea that PLAZA have crafted themselves, and quite brilliantly too.

Growing incredibly with force and talent with every track, White Room have come a long way since I saw them at 2015’s Sound City in a tiny tent to about 30 people. They now possess a sound and presence that that has the potential to bump shoulders with the likes of  psych giants, Temples.

Jake Smallwood’s vocal work is, as ever, highly impressive, neatly gelling a 60’s twang with a contemporary voice recalling that of Tom Ogden of Blossoms. The track roars with power and it’s a gripping chorus that could take other bands decades to perfect. Perhaps, however, it is rather safe for these fellas, and are they to reach the stature of their heroes it may take something that veers slightly further off the beaten track, of which they are no doubt more than capable.

New York City rockers, QTY make their name as the first American act to sign to Dirty Hit Records, home to Wolf Alice and The 1975. Oozing an effortless quality that was perfected by The Cribs, interweaving elements of the classic rock sound of Pixies and a vocal that recalls Canadian act, Tokyo Police Club.

Wanna check out the Singles Club archive? You can do! Here.

Overall, it’s a unique blend of influence that effortlessly incorporates some musical greats, favouring thick, fuzzy guitars, tight snares and subtle backing vocals. Signing to a UK label will no doubt mean they’ll be touring a town near you soon, watch out!

When I’m With You is a synth charged effort spanning sound spectrums with icy synth bursts, baritone vocals and ominous guitar rumbles from the urban depths.

They’re touring later this month across the country, you’ll sure to be hearing more from these lads.

Ferocious in attack yet fantastically fun, the latest from fuzz-lovers, Eat Fast, is a riotous blast to the ears that comes somewhere between the heavy plods of Drenge and the lo-fi aesthetic of No Age.

Frantic and full from the off, distorted vocal waves soar relentlessly over a pounding backdrop before screeches resound for a rapid interchange before settling into the track’s captivating chorus; distinct in delivery and lyrically brilliant as the lead vocal cried out to get married in a corner shop; the ultimate display of public affection it has to be said.

Taken from the upcoming concept album, Occult Architecture Vol. 1; one of two albums which will explore the drastic transformation of the seasons and how this transformation can influence our very being, and in particular what we produce musically.

Cold Fear is a progressive effort that burns slowly into a deeply ruminative solo sending you down a wormhole of fuzzed out warbles; a model piece of psychedelic art form that you’ll be hard pressed to top.

Occult Architecture Vol. 1 is out February 3.

Ever since a friend of mine showed me Princess Nokia’s track Tomboy, i’ve been eager to see what New York’s aficionado will create next. Born Destiny Frasqueri, in this latest track she delves into her ancestral past: ‘I’m that Blackorican bruja/Straight out from the Yoruba/And my people come from Africa-diaspora Cuba‘ merging indigenous chants and her Bronx derived wit.

You’ll witness her getting close and personal with snakes, flirt with witchcraft and throw a ‘Fuck You’ to anyone messing with her energy in the stunning new video. The Princess doesn’t need no plugging but her 9-track album 1992 is out now and you need to hear it.

Treat this one like a rather complex novel; there’s sections you’re not going to follow or grasp or even notice from a first listen in the latest from Indiana three-piece, Cloakroom, but you’re going to want a second reading. As a band they seem willing to pay homage to many sounds and styles, from bludgeoning sludge rock to crystalised shoegaze melodies.

The track opens somewhat gently, recalling emo pioneers and fellow non-Google friendly outfit American Football, the resonance of which is soon obliterated by a deathly grind that could put any hardcore band to shame.

As the track progresses you’re encouraged to delve into the rich musical narratives hidden within this monstrous effort, and they’ll lead you on an unexpected journey as they transition masterfully between genres.