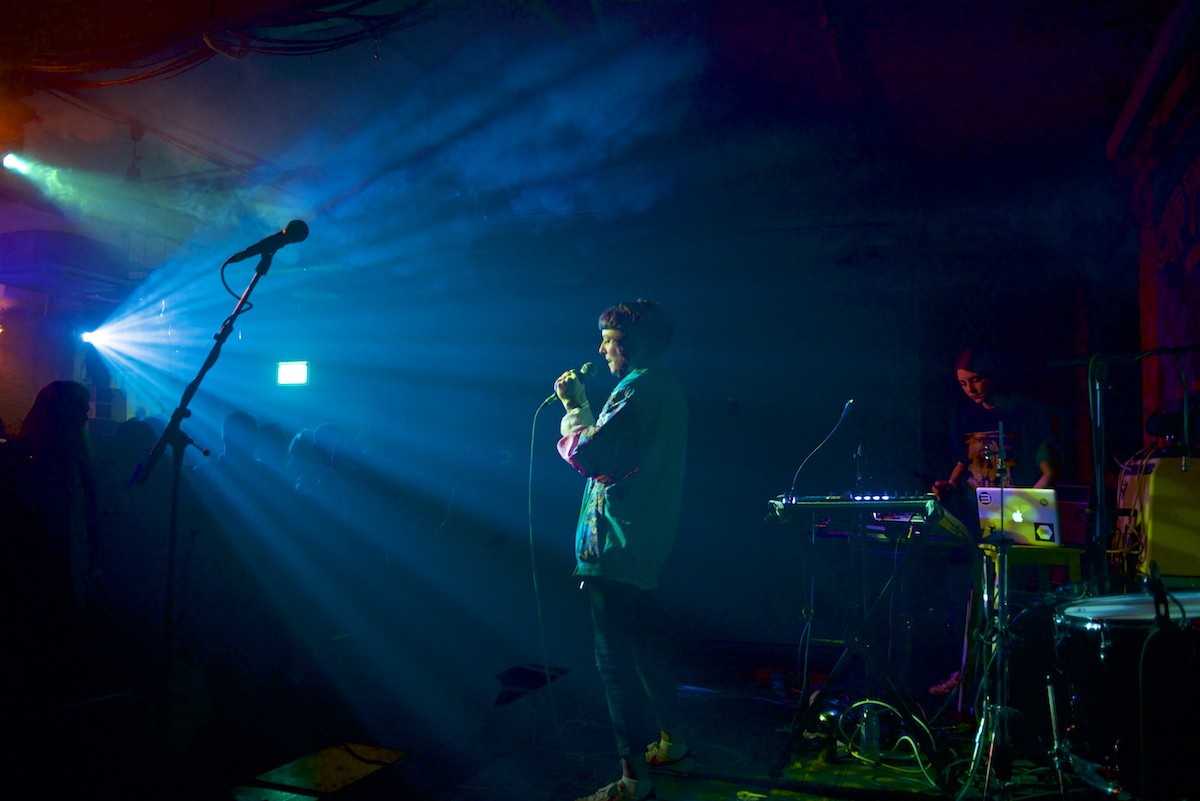 As Off The Record rolls into Manchester’s Northern Quarter to inform, encourage and showcase new musical talent, Getintothis’ Matt Yarwood and Jackie Lees tag along in the hope of learning a thing or two.

On a typically dreary Mancunian morning, in the modest surroundings of the Northern Quarter’s Central Methodist Buildings, something quite special is about to take place. It’s 09:30 and throngs of people, huddled together guzzling cups of Tim Peaks coffee, are waiting expectantly to stream into the venue’s 70’s styled amphitheatre for the opening of the inaugural Off the Record.

The event, a collaborative effort between the brains behind Sound City, Kendal Calling, Bluedot and Louder than War, starts the day as a conference comprised of a multitude of tightly choreographed panel discussions and workshops covering a diverse range of music industry topics.

As evening rolls around, the event disperses into six live music venues to showcase over 30 up and coming acts selected by some of British music’s most influential taste makers including Guy Garvey, Tim Burgess, Huw Stephens, and John Kennedy.

From the moment the first caffeine charged delegates scramble to their seats in the main auditorium, it’s clear the there is something quite unique about Off The Record.  From the opening panel discussion exploring how to get exposure in an increasingly competitive industry, through the subsequent sessions covering artist management, festival curation, gig organisation and the use of technology, it’s apparent that nurturing and encouraging new talent is at the heart of the event.

An enthusiasm for supporting new music permeates the panel debates, with a range of industry experts encouraging delegates to innovate, collaborate, take risks and take ownership. A variety of artists also take to the stage to share their experiences of the music industry and educate those yet to find their way in it. South London MC Shadez the Misfit, Everything Everything’s Jeremy Pritchard, and Jonathan Higgs, Camille Benett (Tear) and Tim Burgess all provide unique and valuable insights.

As the day races by, a palpable air of optimism develops and, fuelled by increasingly excessive consumption of the aforementioned coffee, groups of hopefuls dart around the venue’s interior sharing plans, ideas and contact numbers. Suddenly the possibilities seem boundless. Imagine how many bands, gigs, or record labels might ultimately flow from those exuberant exchanges.

Importantly, the event truly excels in marrying this energy and aspiration with pragmatism.  As delegates emerge buzzing with ideas and impetus from the panel sessions, numerous avenues of practical support are made available to help them realise their ambitions.

From working with other artists through the excellent Off Axis initiative, which sees bands host one another in a bid to reach audiences beyond their respective regional scenes, to learning the fundamentals of DJing with local legend Mark 1 in the time it takes to spin the average radio edit, help is very much at hand.

The panel contributors wilfully volunteer additional time to chat to those in attendance after each session concludes (more coffee is downed).  At one stage, a panel discussion on funding even breaks out into an impromptu workshop on completing applications for financial support.

At the conference’s conclusion, enthused crowds begin to gravitate to the subterranean confines of the nearby Dive Bar for a complimentary drink and a chance to begin planning the evenings itinerary. The fact that the artists were only announced some 24 hours in advance leads to a frantic exchange of information between groups of strangers, with each gig goer proposing a different artist as the must see act of the evening. Makeshift notes are scribbled on programs and tapped into phones.

Being only a stone’s throw away, Night and Day Cafe, hosting London’s hotly tipped Xam Volo, makes a logical starting point for our evening of discovery. Once inside the dimly lit venue, punters are treated to an accomplished 30 minute set, with Xam‘s effortless and soulful vocal stretched across a backdrop of moody jazz. Some start. Shortly after, the same venue sees Halifax’s dreamy surf psyche trio The Orielles blast through a wonderful and energetic set to maintain the high standard and further fuel the excitement.

Meanwhile and not far away in the attic space of Gullivers, Welsh singer/songwriter Dan Bettridge delivers a mesmeric set of earnest, regret-tinged Americana that one might expect to emanate from some lonesome, whiskey drenched, backwater bar room.

Bettridge’s brilliant performance has barely sunk in by the time Reading’s anthemic indie rockers Saltwater Sun rip through a taut and raucous set in the bowels of Soup Kitchen.  30 minutes skip by in a giddy heartbeat.

Over at The Castle, a venue long associated with the promotion of up and coming artists in the city, a trio of outstanding gigs gets underway with a belting set from Leeds’ innovative art rockers Caro.

The crowd have barely caught their breath before Brighton’s MarthaGunn arrive straight off the back of a mammoth drive and cram on to the venue’s tiny stage with seconds to spare. The show opens with a delicate a capella that brings the packed room to a standstill before building through a collection of dramatic and beautifully crafted songs.

By the time the set reaches its rousing conclusion, the room is in awe. A consensus rapidly develops within the tightly packed old boozer that something very special has just been witnessed. Surely the act of the night?

That assertion is firmly tested only a few minutes later when DIY couch-rocker Willie J Healey takes to the stage. Healey meanders playfully though a captivating set of strung out, lo-fi guitar work and witty, self-deprecating lyricism which draws comparison with the likes of Kurt Vile or Mac DeMarco.

As the evening draws to a close an increasingly red-eyed crowd amble over to Ruby Lounge.  Those four gallons of coffee seem an eternity ago, although promising west London hip-hop outfit The Age of Luna and much lauded local noise rock trio False Advertising provide a shot in the arm and plenty of incentive to forgo the opportunity to grab the last tram home.

As the final acts conclude, debates around the standout event of the evening are reignited.  As before, there is little by way of consensus.  It appears that for every outstanding band you’ve enjoyed, there are another two you completely missed and will be compelled to research in the coming days.  There is one matter however which is subject to complete agreement, we’d love to do it all again next year.

Click below the gallery to check out some of the outstanding talent Off The Record showcased.

All photography by Getintothis’ Martin Saleh 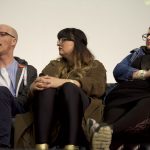 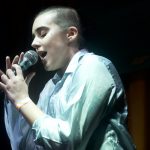 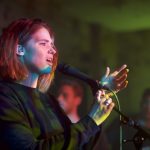 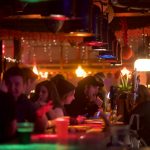 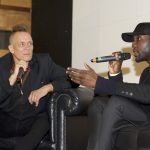 John Robb shoots the breeze with Shadez the Misfit 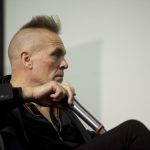 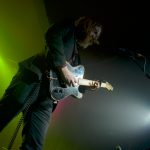 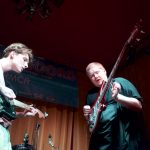 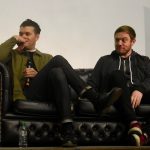 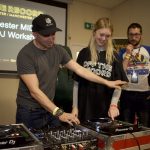 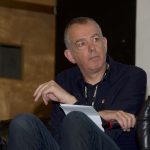 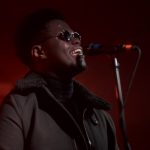 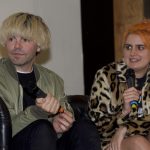 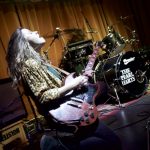 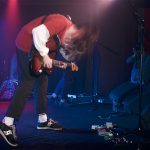 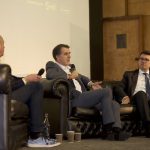 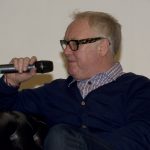 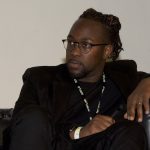