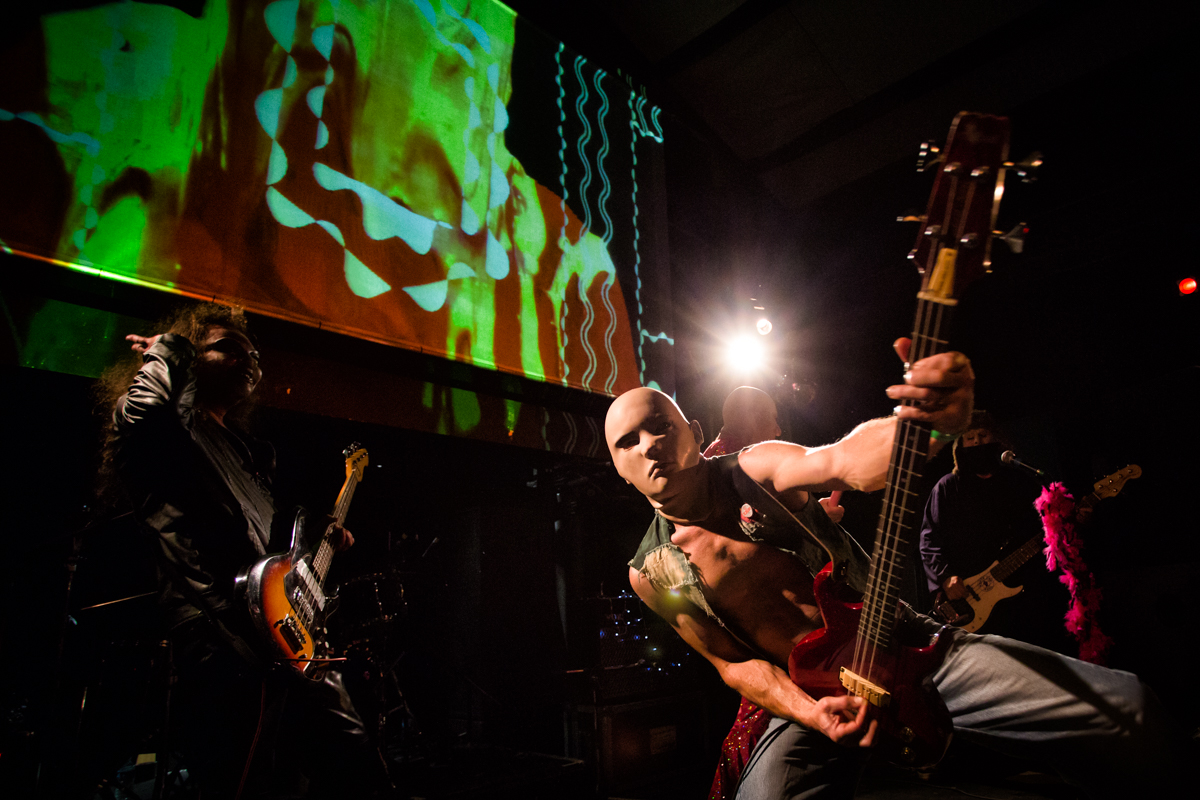 As Evil Blizzard plan to unleash misery in 2017 with a series of dates announced, Getintothis’ Peter Goodbody has the details of this sorry tale.

Infamous for coming on stage to cries of “You’re Shite!” from their loyal following (it would obviously be wrong to call them “fans” – that would be silly), Preston’s Evil Blizzard have announced a series of gigs, including a Liverpool date, to take our minds off, well, whatever happens to pass in 2017.

Given most of the band have day jobs, all but one of the dates announced so far are on Saturdays, presumably so they don’t have to eat into their, probably, meagre holiday allowances. The exception being the August 3 gig in Blackpool, which is a Thursday – we guess they’re planning a massive post gig bender that weekend. Actually, they’re playing as part of the Rebellion Festival, but it’s fun to spread false rumours.

The Liverpool date on April 22 is as part of Wrong Festival (seems apt), “a day of freaky wonderment” in the north docklands.  We’re sure Evil Blizzard will fit right in there.

Rebellion Festival 2016 – What we learned from a weekend in Blackpool

Highlight of the dates announced so far is April Fools’ Day in their home town. What could possibly go wrong as four masked bass players, one drummer and a mop wielding trouble maker take to the stage? We can only imagine. But we’ll be there to find out.

In a blatant effort to fleece fans (sorry, followers) from their hard earned cash, the dates announced so far are below. If the band can be bothered, they say there may be more dates to be added to the list.  If so, and we can be bothered, we’ll add them in here too.