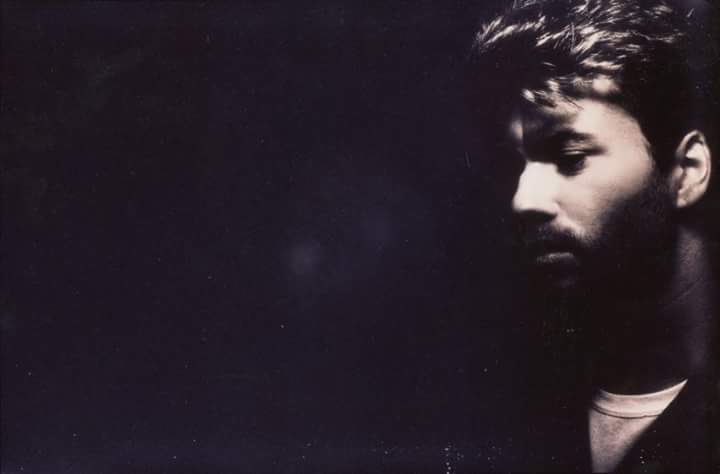 With the shocking death of singer and songwriter George Michael, Getintothis’ Cath Bore reflects on the work and legacy of the deceptively clever lyricist.

Georgios Kyriacos Panayiotou, aka George Michael, formed Wham! with his best friend Andrew Ridgeley as teenagers in 1981 in Bushey, Hertfordshire.

Derided by the music press and officers of the music police everywhere as purveyors of disposable puff and silliness for mere teenage girls as both are wont to do, the truth was George’s songwriting set Wham! apart from the other top pop groups of the time.

The single Wham! Rap released in 1982, told of life on the dole, the fate of many working class youth over that decade, the result of Margaret Thatcher’s policy of quite happily swelling the unemployment figures for the prosperity of who, no one was quite sure.

Of course in Young Guns (Go For It!), there’s the not so casual misoygyny of Andrew and George’s rap, an awkward exchange of mumbles from Ridgeley, but the defiance and independence is there and obvious with it, these are lads resenting the hand they’d been given but making the most of it, living in the now.

Chart contemporaries like Duran Duran posed about on yachts with supermodels, living the loads a money dream of wealth and excess; while Michael’s view of the world was deceptively canny; he cleverly documented working class life for Thatcherite youth in a way both under the radar and rudely in your face. Wham! themselves earned little over YTS rate at this time, a record deal gone wrong; Club Tropicana was not about going on cheap Spanish holidays, but one day hoping to, if lucky enough. Wham! sang of going out, copping off, living life in the now, because you never knew what lay ahead.

Of course bandmate Andrew Ridgeley is included in the Careless Whisper songwriting credits, and we’ll never know how much he contributed in real direct terms. But we can’t underestimate Ridgeley’s role – without him Wham! would not have even started, or kept going; he gave his pal George, the shy, plump, glasses wearing nerd, the confidence to realise his dream.

Wham! took part in benefits for striking miners in 1980s, a brave move. For others this was very part of the building of a brand; Wham! with an audience of largely teenagers, and a reliance on Radio One daytime airplay, glossy pop magazines to keep the hits a-coming, had far more to lose. People took the piss but Wham! cracked on anyway, George with his hair blonde streaked and blow dried and bouffant like Lady Di, dancing with his best mate about going clubbing on a Friday night, on the same bill as the earnest, worthy Style Council et al. Bloody tremendous.

Then Wham! went to China; we could write a whole article about that on its own.

George’s solo career was an inevitability, later Wham! songs like Freedom, and Everything She Wants reaching out to a broader more sophisticated audience along with the original fans growing older with him, and Careless Whisper, released under his own name while the band were still going, setting him out as a force to be reckoned with in the more adult pop music market. And Last Christmas of course rapidly became a festive favourite.

His early solo work focussed on sex and love, I Want Your Sex says it all, really; whilst coyly keeping his own sexuality a secret, videos accompanied the songs of him routinely bedding and frolicking with a string of lithe, beautiful women in their knickers (and also features some spectacularly bad dancing from the man himself).

Later, more political and religious imagery seeped through lyrically.  “The rich declare themselves poor, and the rest of us are not sure if we have too much, but we’ll keep taking chances, ‘cos God’s stopped keeping score,” he lamented in Praying For Time in 1990, possibly his most political song to date, no video with his pretty face on it, much to his US label Sony’s considerable chagrin.

Freedom ’90 became a gay anthem before George even came out, and Jesus to a Child in 1996 was a tribute to his partner Anselmo Feleppa who died three years earlier, from an AIDS-related illness. George himself did not come out publicly as gay until 1998, or was rather forced out and faced the homophobic media head on with the irresistible single Outside sending up the situation brilliantly.

We won’t pretend his anti-George W Bush song Shoot The Dog from 2002 is Michael’s finest work, but what we do suggest is that it’s another bold move from an artist more willing to place his neck squarely on the block that others in such or more secure positions would dare.  Closer to home here in Liverpool, the Steinway Model Z upright piano on which John Lennon composed Imagine was returned to Liverpool’s Beatles Story in 2001 after Michael paid more than £1.5 million to keep it in the UK.

The news of his death is the latest in a long line of shocking demises of Pop culture icons who represent something more profound to us all. Let us not think of his personal problems over the past years, or linger on his death for too long. He always had something to say in his deceptively simple songs, and he was a good egg, he was. We need more of his sort.