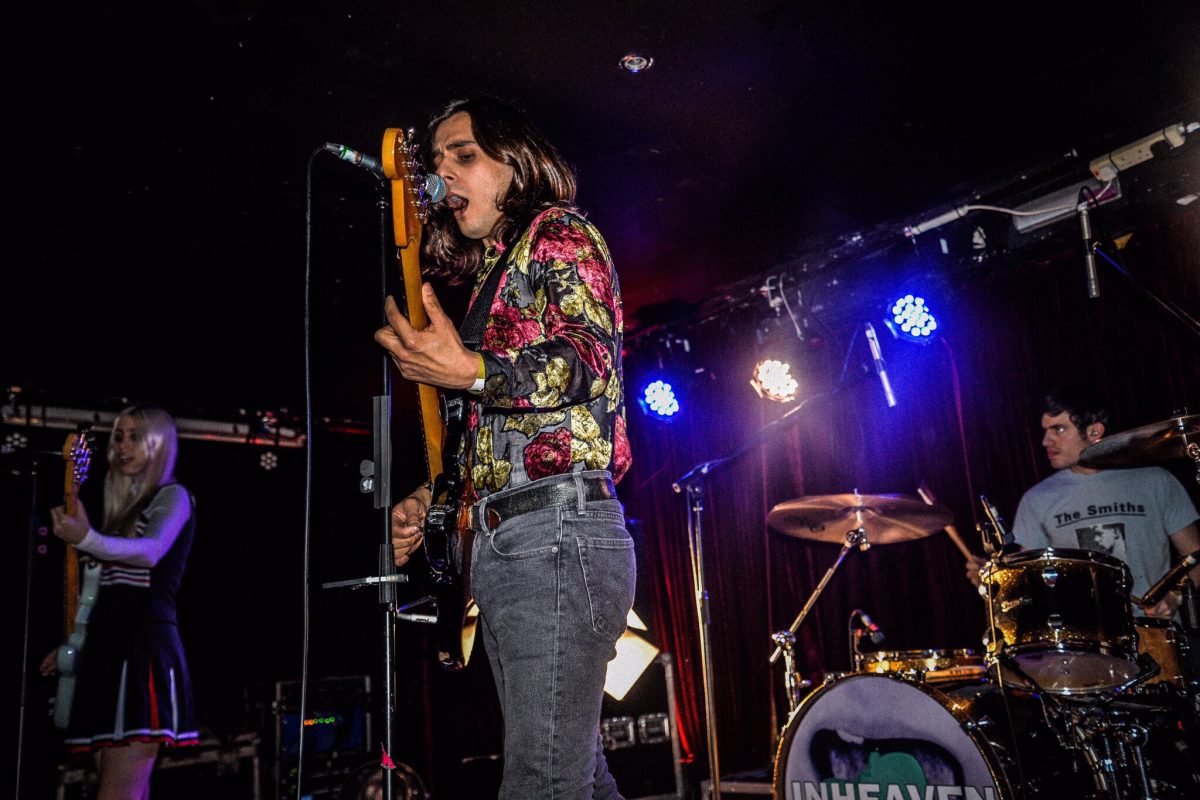 After a hugely successful debut festival, When In Manchester returned for an even bigger part two with INHEAVEN topping the bill, Getintothis’ Jake Marley reports.

After a hugely successful debut outing in April, When In Manchester returned for an even bigger part two at the intimate setting of The Ruby Lounge, closing out the year in style, headlined by two of the countries finest emerging bands – INHEAVEN and The Amazons.

The festival, thought up collectively by four creative young women disenchanted with the current ways of the music industry, puts emerging talent first. On top of that, women in music, fellow young creatives and underground music venues are all very much at the heart of WIM’s vision.

Early evening things began to take shape, the venue filled up and False Advertising and The Orielles both played to buoyant main stage crowds. Jen Hingley fronts the former with lashes of punk vigour, pulling double duty as lead vocalist and drummer for a track too. Then she’s back straight in amongst the jagged edges of their Brainless EP heavy set, still topped by early single Wasted Away. It’s a truly gigantic sound, just ask The Ruby Lounge walls.

In between Natalie McCool played a solo set on the smaller stage, showcasing her new album The Great Unknown. It felt strangely like she was playing in your front room, so chilled and preciously intimate.

The Orielles followed up and well and truly blew Manchester away, yet again. They simply don’t dissapoint live, such fun to watch and dance along too. Their previous Manchester appearance as part of Off The Record left an entire Night and Day crowd with that oh so familiar look of ‘how the heck aren’t this band signed yet’ etched upon their faces.

Thankfully Heavenly Recordings have since stepped in and signed up one of the hottest young bands on the circuit and not before time. Hopefully that means an album isn’t too far off, as tracks like Hierath, Sound of Spaces and set closer I Cry At Scooby Doo need to be heard by the masses in all their glory. Majestic.

Plan your Christmas with our festive gig guide

Although there’s already wheels in motion to upgrade to a multi-venue setup next year, The Ruby Lounge proved to be an interesting experiment this time around. It’s a tried and tested intimate gig space with good sound yet an odd shape, meaning you can see the stage from the bar (unlike a fair few venues) but can’t from the seating areas or many other parts of the venue, which is a strange one.

When In Manchester took over though and gave the bare place a bit of WIM personality, even dressing up as giant bees (the festival mascot) for a dance over drinks, sadly not Jack Daniel’s Honey, oh the irony. It’s that fearless, no bounds attitude that’s going to continue to propel this festival to higher heights though and it’ll be interesting to see where next year takes us with cool new venue and space Jimmy’s NQ (which hosted the after party this year) looking a hot favourite to play some part in proceedings.

Back to the music then. When they were announced in the summer The Amazons seemed a real coup for WIM. Having since seen them go from strength to strength with tour dates coming out of their ears and plenty of exposure, topped off by being named on BBC’s Sound of 2017 list, this one was pretty special for the WIM team and it showed.

Crowd of the night for certain, a free-for-all, all singing, all dancing affair. Not a stiff body in sight and some wonderful dad dancing (thankfully not by many dads) as they rattled through a rip-roaring set of In My Mind, Junk Food Forever and many more favourites, feel good vibes aplenty.

If The Amazons aren’t a true enough indication of how far this festival has come in its short life to date, INHEAVEN most certainly are. They’re up there with the best live bands in the country and fresh from touring the country with Blossoms playing to capacity crowds that make The Ruby Lounge look like a beehive *When In Manchester pun intended*.

Treats is arguably underground single of the year and you just can’t get away from the unmistakable Nirvana meets Strokes swagger within this head-banger of a fuzz-ball. Deliciously addictive, just like their now signature sweets at the merch stand.

All in all, part two picked up were part one left off and left part three something to answer for, I guess that’s the idea. There’s no way you’d turn down a third helping of this on April 15 2017.

See you at When In Manchester III. 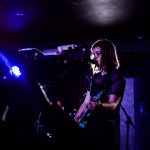 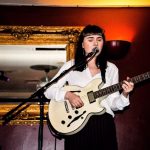 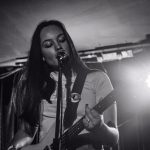 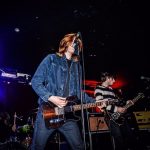 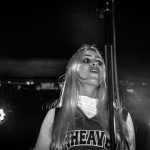 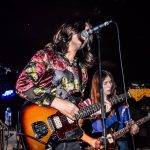 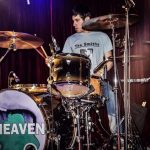