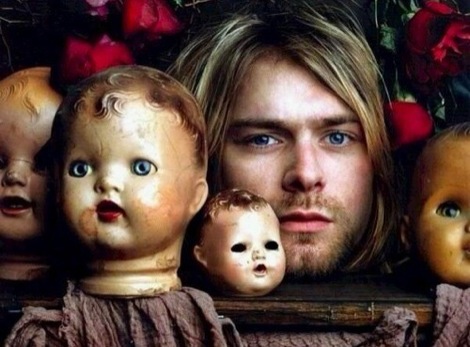 As Nirvana’s final studio album is given the reissue treatment, Getintothis’ Chris Burgess gives a personal insight on such an important vital and raw collection of tracks.

Back in my school days we passed around cassette tapes of albums we’d copied from our older brothers and sisters’ collections. A Guns N’ Roses album here, an REM album there, a Chili Peppers‘ album unspooled and left trailing on the playground floor – they were great days indeed.

However, my future musical tastes would be defined by one album above all others – Nirvana‘s In Utero. I was barely into my teenage years when I first heard their breakthrough album Nevermind, on a TDK C90 cassette (that I still own – despite the fact I haven’t had a cassette player for more than 15 years) with Pearl Jam‘s Ten recorded on the reverse side.

Nirvana were everything I was looking for – more raw and immediate than R.E.M. but no less melodic, less overblown and cartoon-like than Guns N’ Roses but no less exciting. They had a perfect blend of loud, fast songs, cryptic lyrics and anarchic stage performances, which to a teenage boy was about as exciting as music could be.

I listened to Nevermind almost daily, interspersed with other Seattle grunge bands like Pearl Jam, Mudhoney, Alice in Chains and Soundgarden.

Later, bands like Rage Against The Machine, Faith No More and Stone Temple Pilots joined my fledgling collection, although for me none held the same immediate appeal. So when it was announced that, 18 months on from my first listen, Nirvana would be releasing a new album, my excitement turned to fever pitch.

In that time I’d bought other Nirvana records, Bleach and Incesticide. They were very good albums, but older material. It was the allure of new material that really captivated my interest. Reading about Kurt Cobain’s coma in Rome early in 1993 (a headline that was splashed on the cover of the NME at the time) made the wait even more intolerable.

So, one month before my birthday, I took my limited savings down to Woolworths and bought the album (on cassette, naturally). Before even leaving the shop I’d put the tape in my Walkman and began listening on the walk home. 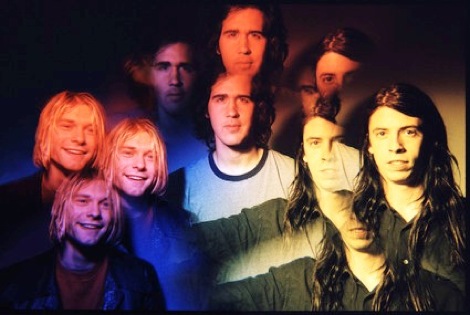 From the opening count-in of Serve the Servants, it was clear that this was a different album – a far more complex, aggressive and artistic album, offering much more musical depth than its predecessor. That opening chord to the album is like a Bizarro World version of A Hard Day’s Night, possibly deliberately so.

Cobain wasn’t the best technical guitarist in the world (maybe not even the best in Nirvana, to paraphrase John Lennon) but in terms of expression – wringing every last drop of fuzz, feedback and squeal from the instrument – he’s the closest anyone has come to Hendrix.

Also like Hendrix, Cobain has a distinctively unique voice, one that literally screams into life on In Utero during the chorus of Scentless Apprentice, one of the most lyrically cryptic of Cobain’s songs, and also one of the heaviest.

His voice cracks so much towards the end of the track that he blurs in with the guitar distortion and feedback, so you’re not sure where one ends and the other begins. Then the mood shifts to the melodic opening of Heart Shaped Box, the first single released from the album, complete with trippy psychedelic music video that didn’t quite represent the song’s subject matter.

Written after Cobain watched a documentary about children suffering with cancer, Heart Shaped Box uses raw and emotional metaphors to denote a feeling of helplessness – not on the part of the sufferer, but on the part of those standing by and unable to help.

It’s rare that a major record label would allow a band riding high on the waves of a mega-successful breakthrough album so much creative control, but clearly those at Geffen were clever enough not to tamper too much with band’s formula. Can you imagine Mumford and Sons writing about such dark subject matters after their respective breakthroughs?

Rape Me is perhaps the most direct example of this, serving as an almost blatantly provocative act of defiance towards the world around them. Mirroring the riff from Smells Like Teen Spirit, the song is however perhaps the weakest on the album in terms of musical quality and production.

Then, throwing a typical Nirvana curveball, the next track Frances Farmer Will Have Her Revenge On Seattle tells the story of a Seattle actress who was involuntarily committed to a mental institution. Cobain spins superbly fantastical lyrics of her revenge as she manages to “come back as fire, to burn all the liars, and leave a blanket of ash on the ground“.

From rape to feminism within two songs, this transition exemplifies the wide-ranging conceptual arc of the album. Following this is Dumb, a musically pleasant but rather shallow song (despite so much meaning having been read into it down the years), which sets up the album’s strong second half.

Very Ape and Milk It are, for me, the album’s most interesting and exciting songs. The former, on first listen a straight-down-the-line punk song, actually contains some of the best drumming of the album, and Cobain’s aggressive lyrics are the most telling of his state of mind at the time.

The latter sees a much more experimental, almost playful style to the band, despite the strikingly dark prose that juxtaposes it. Listening to it makes you wonder just what might have been. Incidentally this playfulness is mirrored on the bonus track Gallons of Rubbing Alcohol Flowing Through The Strip which is tagged onto the end of the European release of the album – essentially a jam session with improvised lyrics.

Next, the strangely anthemic, yet despairing and downbeat Pennyroyal Tea, featuring the best guitar solo on the album. Despite being full of metaphors pertaining to abortion and desperation, it’s still catchy enough to have you singing along.

Radio Friendly Unit Shifter and Tourette’s (where bassist Krist Novoselic shines) wash over you, but like a flash flood, rather than a gentle wave. Both songs containing swirling guitar distortion, agonising screams and a frenzy of feedback.

Closing the album proper is All Apologies, a sumptuous and gloriously lifting song. It feels like the sun breaking through after a rainy day, leaving you feeling optimistic with its Buddhist-like refrain of “all in all is all we all are“. It’s perfectly placed, as without it this already emotional record could have been exhausting. However, you’re left with a positive thought, albeit tinged with introspection.

Within a year of In Utero’s release, Cobain would be dead and Oasis would release Definitely Maybe. Music had moved on and grunge seemed to be quickly forgotten in the wake of Britpop and trip-hop.

There’s a lot of talk about ‘legacy’ these days, as though it’s something you can plan out in advance. Cobain and Nirvana’s influences spread far and wide, and their legacy can be seen in many varied and diverse places. As well as the bands directly influenced by Nirvana – such as Hole, Foo Fighters, Weezer, The Prodigy and The Distillers – they also opened the doors to alternative acts crossing over further down the line.

Without Nirvana you wouldn’t have seen the rise of Green Day’s Dookie and their subsequent mainstream success; the Manic Street Preachers and their very personal emotional wreckage laid bare on The Holy Bible; My Chemical Romance and the crossover emo scene; for better or worse, Korn, Limp Bizkit and the entire nu-metal melting pot; and even the rise of the White Stripes, Kings of Leon and the Arctic Monkeys owe spatterings of white-noise, catchy melodicism woven with a fiery punk spirit that’s distilled Cobain.

That’s not to say those bands wouldn’t have existed or made it big on their own merits, but there’s no way they would have made it global without Nirvana leading the charge. Nirvana cut through the pretentiousness of the rock stars of their day, dressing like their fans and eschewing the overdone ‘glam’ aspects that were prevalent.

Afterwards, for a brief spell, music seemed much more real, concerning real subjects. I’m so glad I was around when this record came out, and even at that young age could recognise the sea change in music before and afterwards. What I wouldn’t give to see a band of the same ilk do the same to today’s acts. 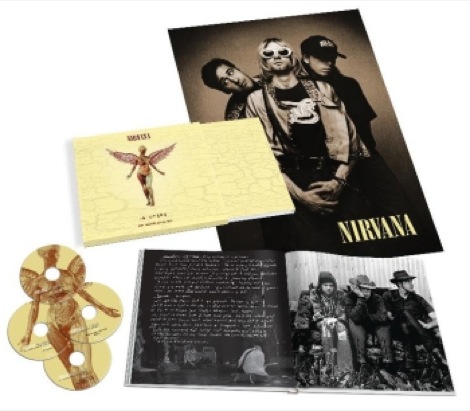