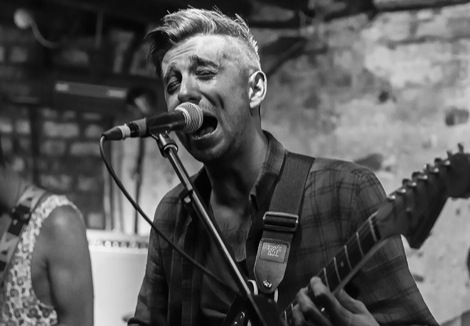 Eliza & The Bear head out on their headline tour ahead of a main support slot with Paramore, Getintothis’ Emma Walsh tells the support stars to take notice.

With the summer, and with it the festival season, drawing to a close Getintothis enjoys a welcome return to the gigging basements of Liverpool’s club circuit – and a more condensed line up of just four bands to devote our attention to.
Up first Liverpool-based players Midnight Playground who make musical allusions to various influences from Echo and the Bunnymen to Editors.
However, their songs, whose undulatory electric guitars and songs that don’t quite know where they’re going, are more akin to that of adolescent Battle of the Band competitions than European festival headliners. 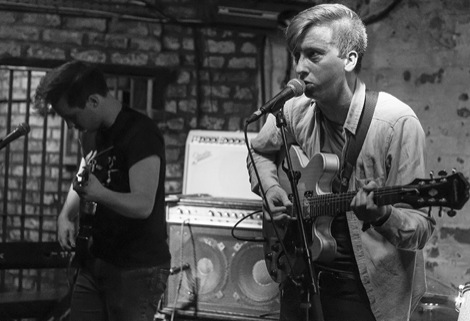 Midnight Playground at Shipping Forecast, Liverpool
Wonderlust had greater success exciting the audience, delivering a characteristically stellar, high-energy performance.
From the back of the venue it’s clear to spot the band’s faithful singalong following from the head-nodding first timers nudging each other with approval. It’s hard not to singalong to such catchy and addictive lyrics.
The truth is, Getintothis knows all the words to all the songs, and at this point, the order of the setlist too. It’s about time we heard something new from Wonderlust surely? 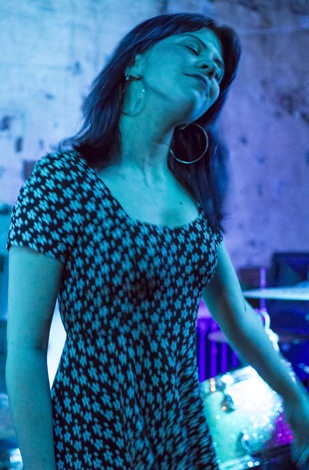 Wonderlust live at the Shipping Forecast
Someone we’d rather not hear anything more from however, is the lead singer of the next band, The Liberty Vessels. Mildly talented as a whole, they failed to demonstrate anything to justify the frontman’s inflated sense of swag.
The Shipping Forecast’s little stage obviously wasn’t quite big enough to house his ego as he took every opportunity to strut into the audience, spit on stage and throw a look of disdain at the bassist for daring to steal the limelight for the briefest of solos.
The rest of the band weren’t actually that bad despite having overdosed on The Strokes during their youth. Youth was a very clear factor in Liberty Vessel’s agenda; youth and the inherent arrogance of it.
As their tedious set drew to a close Mr. Liberty Vessel encouraged the crowd to stick around for Eliza & The Bear if they could – “a great little band from Scotland, I think“.
Actually they’re a great ‘little’ band from London, on the first night of their own headline tour, and have just been announced to open for Paramore’s UK arena tour. 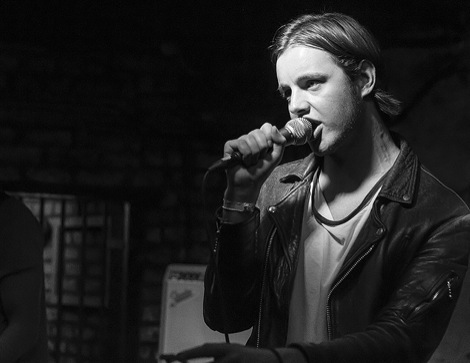 Liberty Vessels at Shipping Forecast, Liverpool
Eliza & The Bear made sure to reference their actual hometown when they took over the mic before knocking the audience dead with their sheer brilliance.
The band create a big sound that demands attention, matching hooky lyrics with a beat you want to throw yourself into; everything coming together perfectly with a magic swell of brass rising over the flow of keys and riffs. You have to feel a little for the trumpet player though, who sidelined at the edge of the stage does look like he’s just grabbed a tambourine and tried to geg in.
Eliza & The Bear seem to feed off the buzz of the audience, rocking up a sweat as the whole band belts out every song back at them. It all seems a little too big for the comfy basement confines of the Shipping Forecast.
This is a band custom built for the Pyramid Stage with big sounds, heartwarming melodies, ample use of woodblock on percussion and dangerously skinny jeans.
If you don’t already know Eliza & The Bear tunes such as Friends, Southern Wild and Brother’s Boat, don’t worry, you’ll be singing them in your sleep and humming them on the bus before long.
Pay attention Battle of the Bands contestants, this is what a winning formula looks like.