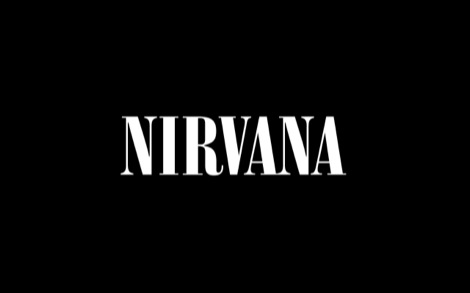 Twenty years on from the release of Nevermind and on the 17th anniversary of Kurt Cobain’s death, Getintothis presents the Nirvana top 10.

Prince may be my all-time favourite, Oasis my teenage love, REM a consistent companion and LCD Soundsystem the best of the last decade – but Nirvana were my obsession.

From the age of 13-15 little soundtracked my life more completely, influenced my dress code and related to my stubborn mindset more than Kurt Cobain‘s vehicle for visceral unadulterated abandon.

They even, much to the upset of my folks, led me to grow shoulder length hair (only two snaps have survived such period – neither are of course for public consumption).

Almost incredibly, September 24 2011 marks 20 years since the release of the album which changed everything; Nevermind.

As always, my mate Rob led the way, investing in the CD (a format which was also changing the way we approached music!) and it wasn’t long before it was passed around and my cassette copy was being devoured on the walk to school.

Side A a barrage of single after single – every one a whirlwind of energy, rage and passion. Side B, the more enigmatic blast of short sharp shockers, a sinister ode written in the first-person of a rapist and a pay-off track as bleak as they come. The bonus sprawl of Endless Nameless was omitted from my tape as we only ‘discovered’ it a couple of months later.

Incesticide, In Utero, that incredible MTV Unplugged session, Bleach, From The Muddy Banks of the Wishkah, Live! Tonight! Sold Out! and lastly Bleach, were lapped up in that order – each offering superlative rushes of raw excitement.

And then, inside 18 months, it was all over.

I can still remember hearing about Cobain’s death in the living room while eating dinner, turning up ITN (the cheaply put-together backdrop of Kurt looking hopelessly deranged was trash celeb TV in the making) and hanging on to every word, before rushing out to Taylors’, our local newsagents, and snapping up copies of NME, Melody Maker, Kerrang! Metal Hammer and more to pour over every tragic detail.

All my Nirvana-related memories are vivid. The music and mayhem burned so brightly it was impossible not to get caught up.

Smells Like Teen Spirit was the first track I heard John Peel play – on his Festive 50.

The infamous Reading Festival wheelchair introduction served as a classic insight into Kurt’s black humour – an incident which seemed somewhat shocking in the context of the life and times of the Seattle trio.

‘Courtney Love is the best fuck in the world,’ declared Cobain directly into my bedroom as I peaked from under the sheets as chaos insued on Channel 4’s The Word. Who was this Courtney Love?

Nirvana were my first flirtation with bootlegs – their European tour of ’91 a particular anarchic riot with Tad Doyle‘s gutbusting frame adding comic value to the pages of Kerrang!

In Utero‘s release the most shocking of all – a violent display of broken body parts, venom, drugs, self-loathing and a track called Rape Me.

The final memory: schoolfriend Claire and a number of others discussing in RE, whether to send off for refunds for the Manchester GMX date, Nirvana were never to fulfil on March 27 1994.

Today marks 17 years to the day that Kurt Cobain died. Perhaps the greatest song-writer of my generation. 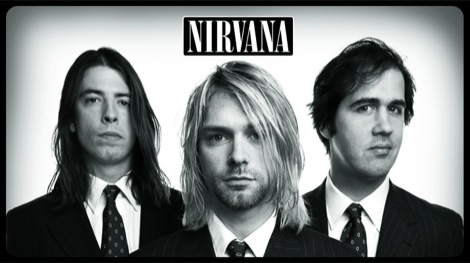 1. Scentless Apprentice – from In Utero

On the verge of being the biggest band on the planet, Cobain pens possibly his most primal, nasty song yet.
Dave Grohl laid the foundations with a fearsome display of wrecking-ball drums, then Kurt lets rip with bludgeoning guitar walls, screaming-hell vocals and lyrics pertaining to shit, semen and ultimate self-loathing.

‘You can’t fire me cos I quit,’ perhaps the quintessential Cobain epitaph.

One hundred and fifty six seconds later and it all collapses into an electronic burn out. The track closes Live! Tonight! Sold Out! in suitably euphoric style.

4. Heart Shaped Box from In Utero

David Geffen smelt riches post-Teen Spirit and this was what he got… ‘I wish I could eat your cancer when you turn black.’

Who said romance was dead?

Paul McCartney once said on TFI Friday that if The Beatles were akin to any modern band it’d be Nirvana – imagine this stripped of wrath and fuzz and it could easily slip onto the Red Album.

Notable for closing many early Nirvana sets while also being co-written by Cobain, Novoselic and Grohl.

‘Come on over and do the twist, over do it and have a fit, love you so much it makes me sick…‘

Those final strains are the sound of a million nerve endings severing beyond repair.

A classic offcut from ’88 co-written with Krist Novoselic from the band’s first demo tape recorded in Seattle.

It’s a blistering four minutes which showcases Cobain’s versatility as both a cranked guitarist and rabid vocalist.

10. All Apologies from In Utero

The final track to the closing chapter – a beautiful, haunting message that conveyed explicitly Cobain’s darkness. Worryingly, sometimes it’s almost as if he scripted the entire episode. Truly, how messed up is that?