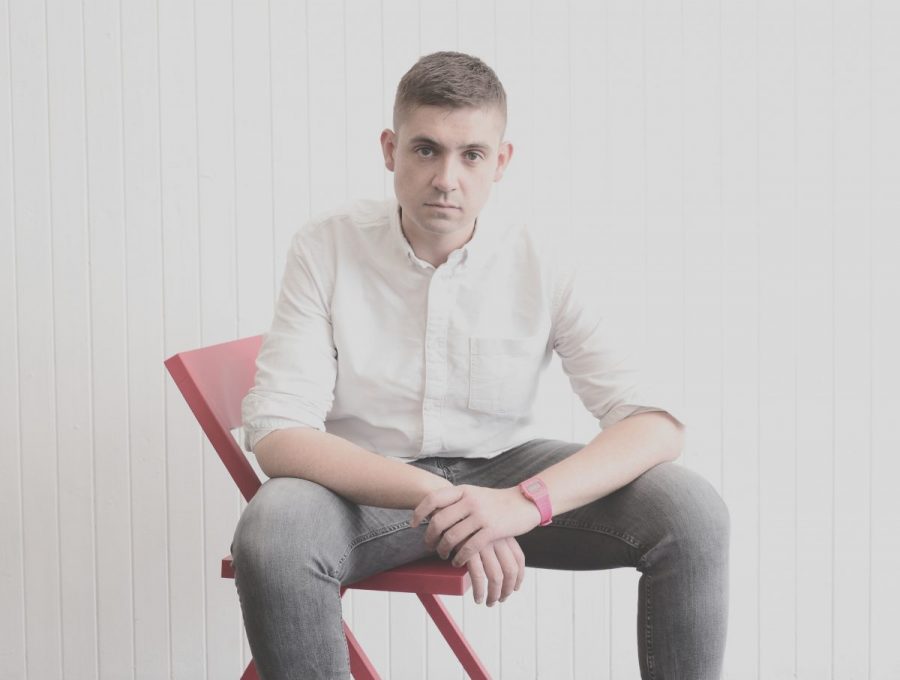 Ahead of his return to Liverpool at the weekend, C Duncan caught up with Getintothis’ Paul Fitzgerald to discuss his music, art, and live performance, and the points at which all three meet.

C Duncan is a very busy man. A prolific composer, musician, and artist whose work ethic is as undeniable as it is relentless. There’ve been two albums in the space of just under two years. There’s a strong sense of trajectory to all of this, a sense that he knows where he’s going, and how he wants to get there. He certainly doesn’t want to stand still, and his creativity shows no sign of slowing down.

“Basically I’m completely obsessed with making music. I can’t help myself. Even when I’m on holiday or having a ‘break’ I can’t stop writing and recording – it really is an obsession. I guess what drives me is my need for others to hear my music.

“The reason I do what I do, apart from fulfilling my love of making music, is to make others happy. Music is such an important part of life and it completely changed mine and continues to do so and I want to add to this for others if I can”

To many people, the release of his first album Architect, in July 2015 was like a light being switched on. With such a unique sound and a fresh feel, it was unsurprising to see it gain a Mercury nomination. Some artists would find that a demanding and challenging experience. He’d toiled away on it at home in Glasgow, working alone in his bedroom studio and here he was with his very first album release, and all this attention and acclaim suddenly landing at his door, together with what we imagine must be a huge pressure.

“It was overwhelming and very, very exciting. As I’ve said, I do what I do to make others and myself happy, and the Mercury nomination was in a way validation for me that I was on the right track. I found the whole experience very surreal so it wasn’t tough, but having recorded the album entirely from home, which is essentially my safe space, and being thrust into the limelight took some time to get used to, but it was a lot of fun!”

He could be forgiven if that initial period, immediately following the critical success of Architect, and all that would have entailed, had left him feeling pressured with the recording or release of the follow up The Midnight Sun. He doesn’t seem like the sort of man to worry about such things, maybe it was just all part of the plan, to release a second LP so soon after his debut?

“It could have put a lot of pressure on me, but I decided when I was nominated that it wouldn’t change my way of making music or let it have any effect on my musical progress. I’m very lucky to be signed to a label (FatCat) who don’t think about money or how to ride off the back of Mercury nominations, so there wasn’t any pressure from them either to release another album like Architect.

Skepta won the 2016 Mercury Prize – but what did Getintothis learn?

“I wanted to experiment with other sounds, in particular electronic sounds, for The Midnight Sun and make an album that although has the choral elements of Architect, has a different identity. I had always planned on releasing The Midnight Sun a year after my debut, and even if I hadn’t I can’t stop recording music so it would have happened this way anyway”

There certainly seem to be several worlds of C Duncan. He composes and records alone at home, a quite insular and solitary way of working, a very different creative process to the world of playing live in a touring band. He seems to be comfortable with those differences, and sits well in either space. Some artists have struggled to reconcile the two so very different worlds, and have found them to have a mutually detrimental effect. 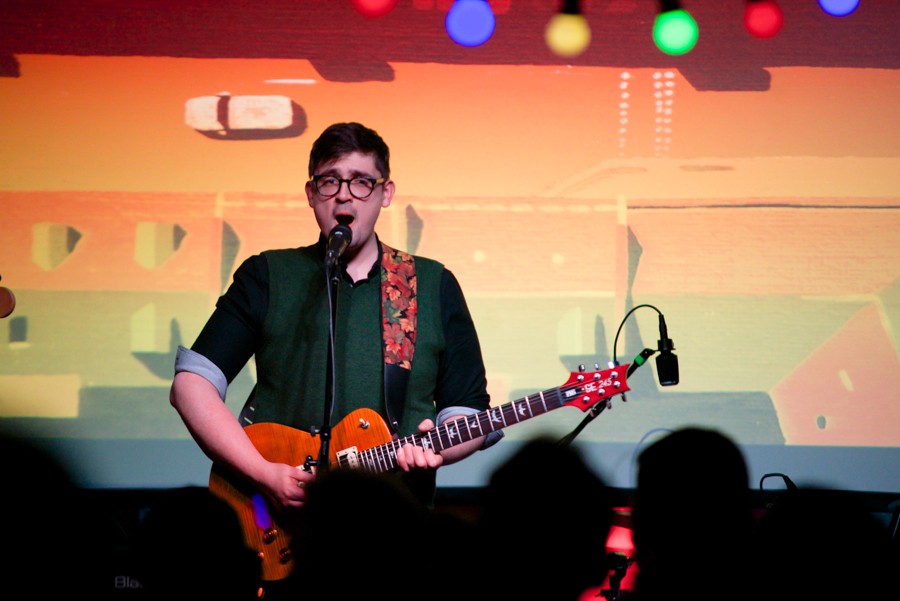 “I still consider them to be very different things. I spend a lot of my time alone when recording which suits me very well. Whereas playing live, I’m surrounded by people all of the time. To begin with this was quite intimidating for me. I wasn’t used to spending so much time with others and being the focus of attention on stage, but over time I have become very used to it and I now really enjoy playing live. It’s nice to have a good balance of being a recording recluse and an extroverted touring artist.”

The Midnight Sun felt like a more personal album, as though he was going deeper, and opening up a little more, while retaining the warmth and charm of his previous writing. It carries a clear sense of confidence and honesty in the composition, which feels like a natural progression from the first album.

“Absolutely. The Midnight Sun is a very personal album. With Architect I was still trying to find my sound and voice, but by the time I recorded The Midnight Sun I had a clear idea of what I wanted to sound like, so I could put more time into expressing myself in a way that wasn’t clouded by the dreaminess of Architect. Also, since recording the first album a lot of things had happened and changed in my life so I had a lot more to write about.”

The writing on The Midnight Sun revels in the eclecticism of its influences. The classical music of his background sits comfortably alongside jazz, dance music, electronica. Even elements of disco and easy listening appear in the mix. There’s an enjoyable sense of ‘curator meets creator’, something of which he’s obviously conscious.

“It is something I’m very conscious of. I like to include as many of my influences in my music as possible. I have a very eclectic taste and my music is a kind of amalgamation of all of these different styles – all brought together with layer upon layer of vocal harmonies.

“I’ve never tried to write anything that’s ‘cool’ or will sell lots for the sake of it, but instead let my influences speak for themselves. I’m hugely inspired by other artists and composers and that’s what has informed my own musical style”

Live, C Duncan’s music occupies its space well, losing nothing in the transition from studio to stage, and when it comes to live performance, he’s an incredibly generous writer and producer. Those layers, the soundscapes he creates, the textures and structures could all quite easily be delivered by tech, but he chooses instead to use a full live band, which gives the music a much broader sound, and added depth. It feels like he intuitively writes with the live setting in mind, but apparently not.

“I have never written with a live set in mind. Learning new songs to play live would be much easier if I did, but I don’t like to have any restrictions when recording music. I am very fortunate to have a band behind me that are so good and learn note for note the crazy stuff I record – for which I’m very grateful.

“I like to have a full band when playing live because it gives the songs a new life and we can all feed off of each other on stage. I’m also very lucky that everyone in the band are very close friends of mine so we have a lot of fun rehearsing and performing together.”

As well as the music, he also paints, designs and creates all his own artwork, and has had many of his paintings exhibited. C Duncan is a serial and prolific creator, that much is certain. We were keen to know if the two inform each other, the music and the art? He seems to enjoy a crossover in his work, where both the art and the composition and production meet to inspire and influence each other. 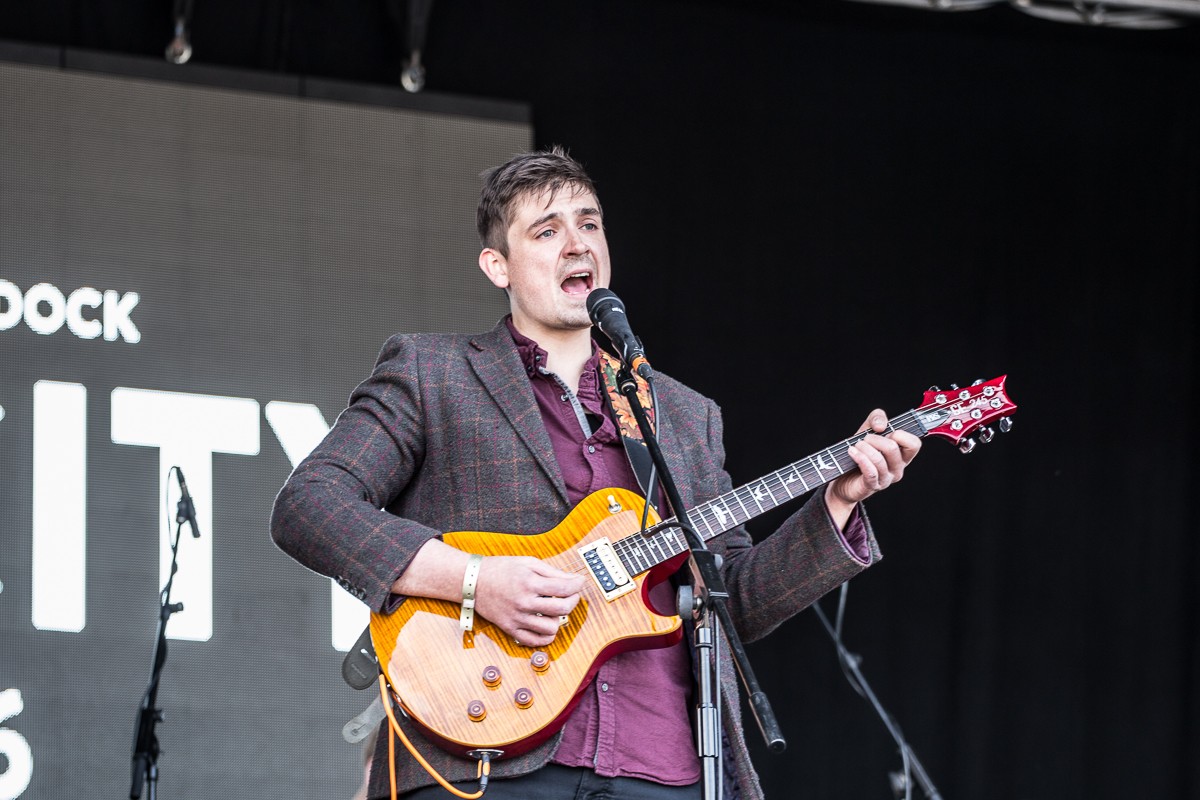 “Both disciplines are very much intertwined. My music informs what I paint and vice versa which is why I make my album artwork. Both disciplines are very personal to me and it is important that I convey what I’m making musically through paintings. I’m not quite sure at which point they meet in the process but Architect was full of intricacies so I wanted to paint very detailed paintings, whereas The Midnight Sun is much more stark and almost clinical and the artwork reflects this with its bold lines and restricted colour range.”

As well as his own tour, he’s announced that he’ll be supporting Elbow on their upcoming Spring tour dates. Exciting times ahead, then. This is a clear step up in terms of venue sizes. So, what changes? How would he develop the show, the live experience to cater for these audience? And would he even need to make any changes?

“Very exciting times! We were fortunate enough to support Guy Garvey for a couple of shows in summer last and touring with Elbow is the icing on the cake. I grew up with and still listen to Elbow so it’s a dream come true that we get to tour with them! We will tailor our set a bit for these shows, but I don’t want to change too much. Elbow are an eclectic band so we will just see what is fitting for these shows when we’re there.”

Given his prolific creativity, we’d expect he’s already working on new music, and another extension of this most interesting project. In the run up to this interview, we’d heard talk of a choral record, and maybe another album in the offing.

“I have started recording again – surprise surprise! I am working on a new album just now, but I might release another EP before that. I have also started to write classical music again. I might get something finished before the year is out, but if not then definitely next year!”

In C Duncan, we find a quietly confident artist of great foresight and imagination, an instinctive and innately talented creator, driven by his natural creative abilities and vision, and always with an eye on what’s around the next corner. His music also reflects a warmth and contentment in the man which was evident when interviewing him. A thoroughly pleasant man who makes thoroughly pleasant music.