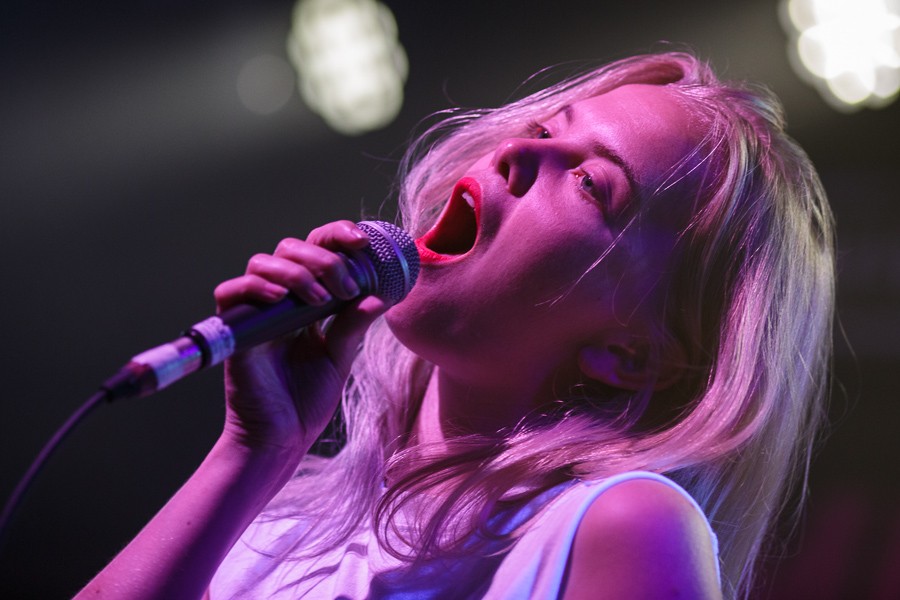 Dream Wife returned to Liverpool following a Liverpool Music Week debut and Getintothis’ Luke Chandley revels in a night of grit and intensity.

Straight after Christmas things can all seem a bit flat and deflated. On a day when the world seemed at have gone slightly mad and a reality TV host was being sworn in as President of the USA at least we had something to look forward to. Dream Wife were returning back to Liverpool after a triumphant appearance at Liverpool Music Week.

This writer had heard their music before and were looking forward to seeing, first hand, exactly what the fuss was all about. Their live show was supposed to be top notch, and that’s exactly what you want on a Friday night: some top notch live music.

First up this evening were AGP, the slow-paced band that had been chosen to open the DIY Class of 2017 tour. Their set was tight, with a loud shrieking of guitar was laced through their whole set. We couldn’t help but hope things would warm up a little more the later the night went on. Yet there’s something about them that makes you want to find out more; a certain mystery and darkness that hints at hidden depths.

Next was HAARM, and this was a short, sweet, but really interesting set. Just before the last song, the band stated that this was only their third show together. You really couldn’t tell. It seemed like they were seasoned veterans, with their pace, confidence and their sound stating as much. It’ll be really interesting how they pan out as a band, because this start seems to be mighty promising.

Main support of the show was Hers. This was a band the crowd were clearly excited to hear. Packed to the rafters in a decent-sized venue, the band were assuredt, with both members of this two-piece providing enough energy and excitement to keep everyone more than interested, even if this wasn’t your cup of tea. What they are doing with their sound is funky but chilled, fresh and exciting, and we like that.

A year of live music lies ahead: our massive picks of 2017 for you

The main headline here, though, were Dream Wife, and boy did they headline. Starting their set with F.U.U, the three-piece-and-a-drummer set about causing controlled chaos, like a riot in a teacup. The band powered through their set, offering fans plenty of chance to find their rhythm, as the band members themselves weren’t shy in their attempts to liven up proceedings.

What’s really great about Dream Wife is that they seem to have everything you would want from a live act. Their recorded material is solid, sounds good and is catchy as hell, but their live show takes that dynamic and gives it a twist. There isn’t a time when the whole band are stood still, and the shades of pop in their CD becomes laced with a gritty, heavy sound when played live, pushing the stage, their instruments and themselves to the limit. A limit that is as high as the ceiling.

Our favorite part of the show itself was the show. How the set played out. It was fizzy, it was mean, but it was fun as hell. Each member had a smile covering their face from start to finish, and you can really tell they love electrifying the room as they did. As they finish with personal favourite Hey, Heartbreaker, we could have done with a few more tracks, such was our enjoyment.

We came away from Buyers Club in Liverpool knowing we will see this band live again, absolutely. They were aggressive and playful, powering through their set of new songs and old. Dream Wife will play much bigger venues than this as they grow as a band, and that’s exciting. The more people who see them live, the better. 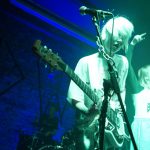 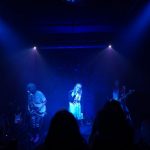 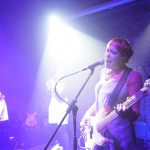 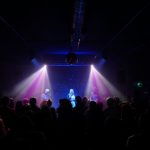 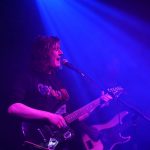 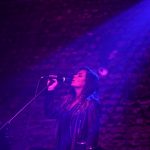 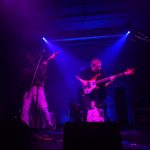