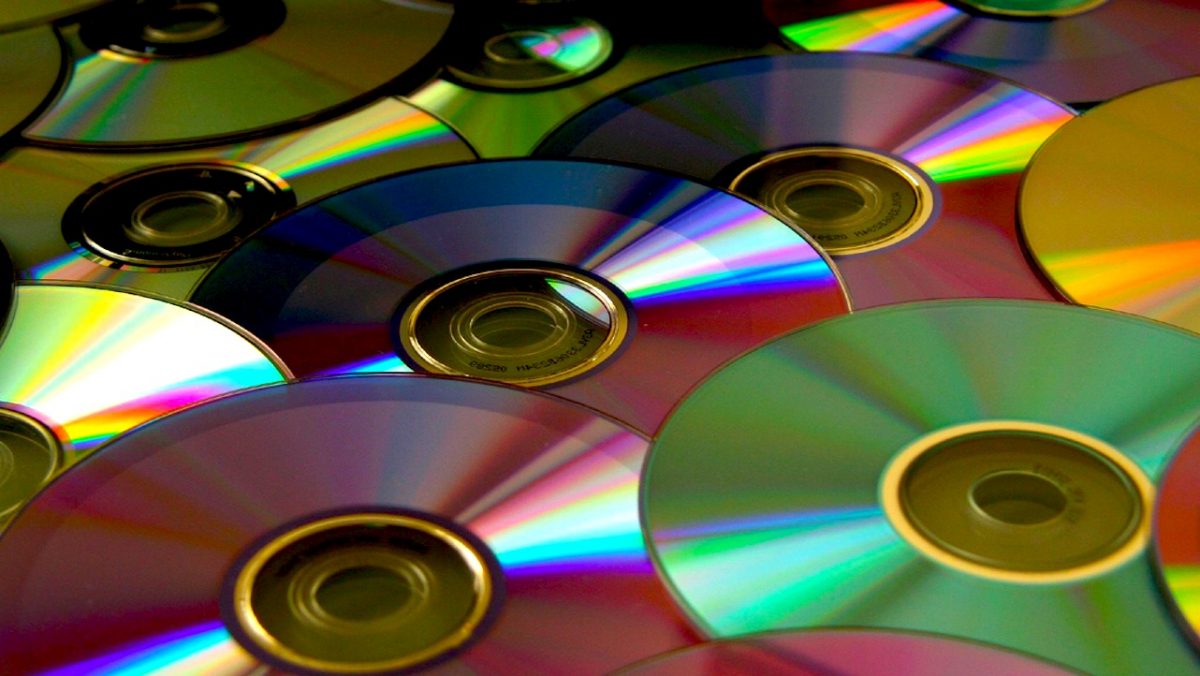 As CDs remain the biggest selling music format, Getintothis’ Will Neville explores why no-one seems to have much love for the shiny discs these days.

A word of warning – this is an ode to the CD, a paean to that seemingly most forgotten of ways to feel the joys of recorded music.

Who loves the CD these days? Does anyone still buy them?

If you believe the media and the chattering classes, it’s all about downloads, streaming and vinyl. No-one talks about the CD any more. Even cassettes are becoming cool again, apparently. Why? Sales figures have yet to be released for last year, but in 2015 CDs accounted for 66% of albums bought in the UK.

That highlights a sad fact (to this writer at least) of a decreased need for people to own the music they like, but just to ‘borrow’ it as and when they like. Yes, the fabled rise of vinyl is real, as sales increased 65% to £42m, accounting for 2.1m LPs. But to put that into context, vinyl only accounts for about 2% of spend.

As a lover of numbers and the owner of a calculator, this writer can tell you that the average price paid for a CD in 2015 was approximately £8.70, and the average price for vinyl is apparently an eye watering £20. Ouch.

Not that I was planning on a personal revival of the big black breakable platters, but paying more than double the price to get vinyl over CD just appears to be madness. I have nothing against vinyl – after all it is how I first started buying music in my callow teenage years. Back in those pre-internet days, any kid making their first forays into music buying had to start out with the 7” single, moving on to albums when money and passions allowed.

Then, albums meant a choice between vinyl and cassettes. I went with the flow and started off with vinyl, but in an attempt to protect my treasured records I typically recorded them onto cassette to actually listen. Without endless funds I soon decided to cut out the middle man and buy albums on tape where I could, with the added occasional advantage of some record companies adding on bonus tracks to the tape release.

Then along came CDs.

When I first started buying CDs back in the late 1980s the typical price seemed to be about £12. It may seem crazy to the kids of today, but CDs were then considerably more expensive than vinyl or cassettes. Nowadays, I certainly wouldn’t buy a mass market new release for that price, as without too much effort they can be picked up for £9-£10 (online, or indeed often in store). So, CDs appear to have become cheaper over the past thirty years, while vinyl has not been immune to inflation.

The price of CDs was a major barrier to many, but they were sold as having greater sound quality and durability than vinyl. The former is still a subject for debate amongst audiophiles, while the latter is clearly true.

Unless you took those early stories on the BBC’s Tomorrow’s World or such like literally (see below) and tested your CDs by spreading jam on them, then (if they haven’t been abused over the years) they should all play exactly as well as they did when they were first bought.

Downloads and streaming obviously have their place if you are only going to listen while on the move, or when you can’t have a hi-fi.

However, to these ears, if you love music then you ought to show it the respect of listening to it in as decent sound quality as you can – which certainly means a half-decent hi-fi system when at home, and not just on tinny laptop speakers.

As a sad music geek, I can actually look back at the prices I have paid for the CDs I own, and I can see that I clearly bought a lot of second-hand and so-called mid-price CDs when I was first starting my collection, as I was a fairly poor student.

Over the years I’ve typically paid around £8 on average across the thousands of CD albums I own. I had to buy some CDs via mail order or at inflated prices as they were only available in the US, but I paid less than a tenner for the likes of Dinosaur Jr’s Bug, Bend Sinister by The Fall and The Cure’s Kiss Me Kiss Me Kiss Me in the earliest days of CD – money well spent.

The beauty of the cover art is often stated as a benefit of the 12” record, and it can’t be denied that you can see the sleeve design better in the larger format. However, if the cover is that lovely, stick it in a frame and put it on your wall.

You often get a nice little booklet with a CD, but informative as they can be for archival releases, that’s just ephemera really as it’s the music that counts after all.

So what else is vinyl good for? OK, you can’t roll a spliff quite as easily on a CD as an LP. Allegedly.