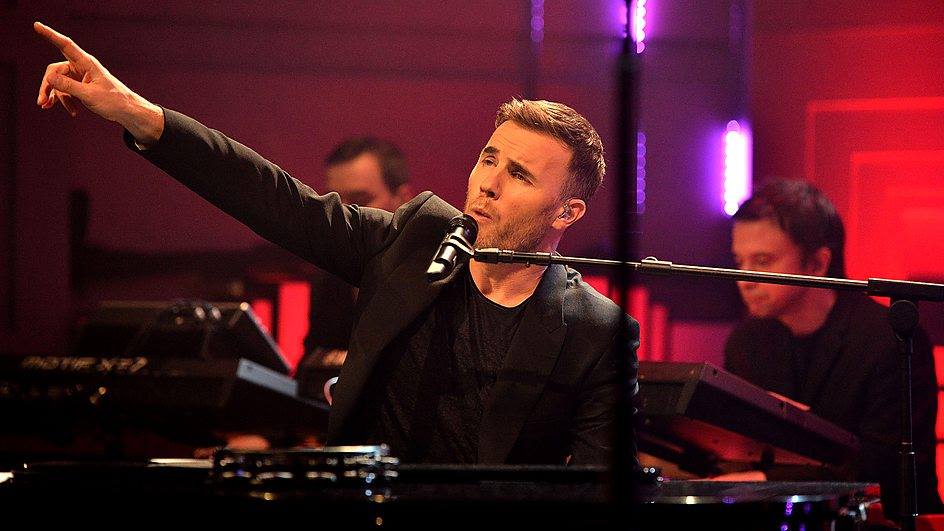 As every article written all week was about the protests, Getintothis’ Shaun Ponsonby nearly gave up his column, until an astonishing announcement from Gary Barlow.

Well, folks, it is official; Cosmic Slop has become a chore.

How do you go on writing about the kind of pop culture nonsense that makes it into these sloppy pages when society as we know it is crumbling? I have been invited to a wedding in 2018, and I’m not even sure we are all still going to be here then. Do I RSPV, or do I just respond by scrawling “Aaaaaagggggrrrrrhhhhhh” in my own blood across the invitation?

Looking for something mostly inconsequential to shout my stupid mouth off about brings up negative results. It’s just Trump, Trump, Trump. Don’t get me wrong, I understand the reason for this. I’m not suggesting people stop having these conversations. It would be like those baffling people who complain that everyone is talking about one of the most significant events of our times, preferring everybody to go back to such enlightening posts as “is at the shop LOL” and pictures of their food.

It got hairy for a while. Do I give it up for the next four years, like I have involuntarily given up friendship and sex? Is there anything else to talk about? Every artist who might do something funny or interesting is on the marches, and I don’t want to make fun of that. I mean, I’m a smug cretin, but sniggering “Look at those empathetic knobs, showing solidarity with their common man” feels like too much bullshit, even for me.

And then, like a tweet from God herself, I saw it; the answer to all of my problems. Gary Barlow made a shocking admission that he hadn’t washed his hair in 14 years.

Well, this feels like exactly the kind of reprieve my warped mind needed after the week of Muslim bans, protests and much mooted anti-LGBTQ executive orders, that turned out to be bogus for now, but not much of a comfort seeing as somebody who was genuinely as passionate about LGBTQ rights as claimed probably wouldn’t have hired Mike Pence as veep or supported the infamous “bathroom bill“.

Now, I knew Barlow was a boring bastard. I knew he was a crap songwriter. I knew he insisted crashing weddings he wasn’t invited to a la Owen Wilson and Vince Vaughn sans charm or charisma (still about as funny though). And obviously I exclusively revealed in Cosmic Slop that he is a walking disaster for the UK economy.

But never in my wildest dreams would I have guessed that he was a filthy twat as well. I assumed he at least bathed, and would have thought he could have afforded shampoo after all that tax he avoided paying.

14 years? That was 2003. The last time Gary Barlow washed his hair Ray Charles was still alive, The Darkness were the hottest band in the land, nobody really knew what Britney Spears would look like bald, the whole world lived in a giddy, pre-Justin Bieber state of euphoria and I was sitting eating lunch on my own in the school canteen to taunts of “You’re a ponce/Ponsonby” (although that does still quite regularly happen in Costa, to be fair).

Replace that phrase with any other part of your body. “I haven’t wiped my arse since 2003”. WHAT?! Eugh. No, that doesn’t fly.

But then it turned out that this is kind of a thing. Andrew Marr apparently doesn’t wash his hair, although he doesn’t actually have any now, so that might not be saying much. So long as he cleans his ears.

There is a woman called Kayleigh Thomas who runs a blog called Blue Jeans White Tee who stopped using Shampoo in 2015, and says her hair is more manageable, and a rash behind her ear has disappeared.

But Mark Coray, former president of the National Hairdressers’ Federation, told the BBC; “Shampoo is not abrasive or harsh to the scalp…The [hair’s] oil may build up so it starts to look like it is shiny and lies in place more… but it will not self-clean.”

People avoid all this “no shampoo” shite, stating the pretty fucking obvious bona fide fact that; “Rinsing your hair is not going to be very effective after certain activities that make the scalp sweaty, such as exercising or using a sauna.”

So, is Gary Barlow doing the right thing?

I honestly couldn’t give a fuck. But I had a deadline, and I had to write about something.

Justin Bieber says he is working on “something special“. I assure you, he isn’t.

Richard Osman has apparently suggested that Kanye West might go on Pointless? I’ll give Kanye this, you never really know what he is going to do next.